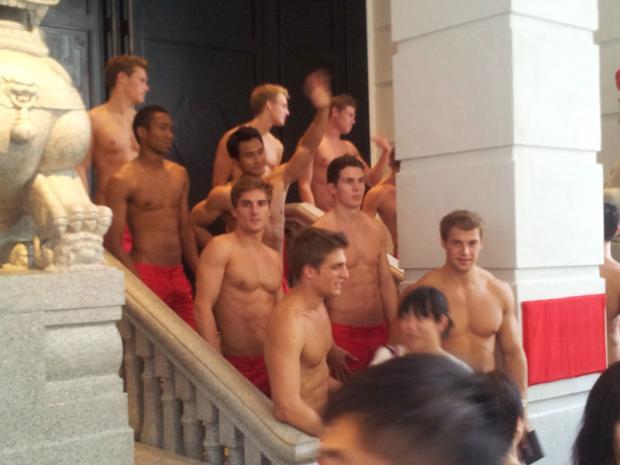 The case of Equal Employment Opportunity Commission (EEOC) v. Abercrombie & Fitch starts back in 2008 when a then 17-year-old headscarf-wearing Muslim named Samantha Elauf sought employment with Abercrombie & Fitch. Elauf did not get the job. The question for the Court to address is this: Abercrombie has an established “Look Policy” designed to further its “classic East Coast collegiate style of clothing” image. Is this policy discriminatory? Does it violate civil rights laws?

To understand the complexities of the arguments in this case, we should take a stroll back to Tulsa, Oklahoma and through the aisles and policies of Abercrombie & Fitch in 2008. According to the briefs filed in this action, Samantha Elauf was born in Tulsa and is a lifelong practicing Muslim. Elauf began wearing a hijab, or headscarf, that covers her hair at age 13 to represent her faith. She wears a headscarf any time she is in public.

On May 25, 2008, Elauf, then age 17, applied for an open sales associate position, titled “Model,” at the Abercrombie Kids store in the Tulsa Woodland Hills Mall. Abercrombie maintains a “Look Policy” governing the appearance of its employees. The policy’s only reference to headwear is its prohibition on wearing “caps,” but Abercrombie states that it interprets the “caps” prohibition to encompass headwear of any kind. Nevertheless, EEOC argued that Abercrombie has approved numerous religious practice-based exceptions to the “Look Policy” in its stores, including permitting its sales associates, or “models,” to wear headscarves for religious reasons.

Elauf wore a headscarf to the interview, and Cooke made no mention of it to Elauf. During the interview, Cooke read to Elauf from Abercrombie’s interview guide, which did not refer to the “Look Policy” by name or mention any specific items not to be worn by employees, including headwear. Cooke never asked Elauf if she could conform to the “Look Policy” nor to its headwear prohibition.

Cooke scored Elauf high enough to hire her on the spot, but was concerned about ambiguity in Abercrombie’s policy regarding headwear. In order to confirm that Elauf’s headscarf was acceptable, Cooke first asked her store manager, who had no idea. According to the documents filed by the EEOC, Cooke then contacted district manager Randall Johnson. He told Cooke that Elauf was not compliant with the “Look Policy” and could not be hired “because she had a head scarf.”  A further look at the filings reveals that Cooke replied that she believed Elauf was Muslim, “which was a recognized religion…and that [Elauf] was wearing [a headscarf] for religious reasons.” Johnson again told Cooke not to hire Elauf and directed her to lower Elauf’s interview score, rendering Elauf ineligible for hire. Cooke complied and did not hire Elauf.

The EEOC alleged that Abercrombie & Fitch violated Title VII by failing to make a reasonable accommodation for Elauf’s religious practice of wearing a headscarf in public and refusing to hire her because of her religious practice. Last month,the US Suupreme Court entertained oral argument on the issues. A decision is pending this spring.

The Civil Rights Act makes it illegal for an employer to “fail or refuse to hire” based on an individual’s religion. The exception to this general rule is if an employer is able to demonstrate that the employer is unable to reasonably accommodate the religious practice “without undue hardship on the conduct of the employer’s business.” Abercrombie & Fitch freely admits that Elauf was not hired because of her headscarf. The company says its “Look Policy” has nothing to do with religion—employees are simply not allowed to wear headgear of any type.

Abercrombie & Fitch argued, through its attorneys’ filings, that their targeted consumers are “tough customers” in part because the stores must retain their business “through the vicissitudes of teen and young adult fashion.” Further, “messages that deviate from a brand’s core identity weaken the brand and reduce its value.”

The key in analyzing the arguments herein is buried in a couple of lines of facts amid a flurry of information. While Abercrombie & Fitch has granted some religious exemptions to Muslim employees, in this instance, Elauf never asked for such an exemption. Accordingly, this case presents the question of whether and when an employer must initiate the dialogue with its employee—or even a prospective employee—about the potential for a religious accommodation that may be necessary under Title VII.

Various religious organizations filed legal briefs in support of EEOC’s lawsuit. An organization filing such a brief on behalf of Orthodox Jews argued that requiring job applicants to give notice of explicit need for religious accommodation makes them more susceptible to not being hired without given cause.

Historically, Abercrombie & Fitch settled two other discrimination cases related to hijabs in 2013 and paid $40 million to black, Hispanic, and Asian-American college students some 10 years ago over discrimination in its hiring practices.

How will the Court rule in this case? Stay tuned.