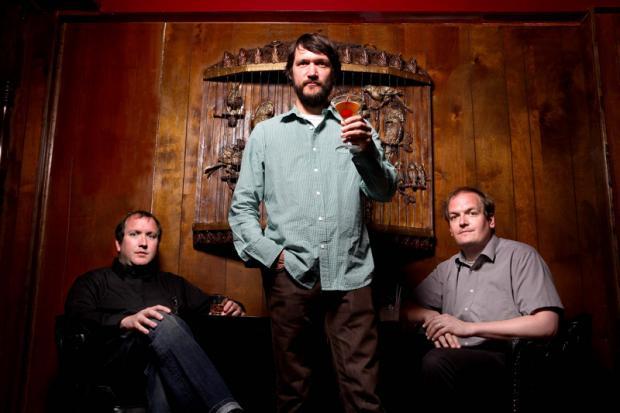 Cursive, a band that damn near invented emo music, will be coming through Mohawk Place on Sunday, March 15. The band from Omaha, Nebraska popularized their brand of emotional post-hardcore with albums like 2000’s Domestica and 2003’s The Ugly Organ. Their last album is 2012’s I Am Gemini, but the band will be on tour this spring in support of the deluxe reissue of The Ugly Organ. Their show this Sunday is sold out, but if you’re going (or not) and want a quick refresher, here are our Top 5 Cursive Albums, Ranked.

5.  The Storms of Early Summer: Semantics in Song

The second Cursive release was actually thought to be the band’s last for a time, and it provides a clear glimpse of how emo can evolve into something more serious than teen angst when executed properly. Plus, it’s hard to argue with Steve Pedersen’s explosive guitar work on this one.

The year 2000 brought about this gem, a concept album about a couple in the throes of… well, being a couple. Thought to be a reflection on front man Tim Kasher’s divorce, Domestica again raised the bar on perception of what emo bands are capable of. At barely 32 minutes, it all happens very fast and the ending is ambiguous.

Skip to 2009 for this much-debated-about departure, which the band initially sold as a $1 digital release. Without drummer Clint Schnase’s mathy shenanigans, ‘Mama’ is toned down and doesn’t often sound like a Cursive album… and therein lies its strength: that Cursive can morph so easily into an expansive outfit that merges emo sensibilities with an almost Americana tone shows versatility where many of their peers would shrug and slither away.

Perhaps best thought of as the emotional hangover following Domestica, ‘Organ’ is confused, jagged, and brutally honest, with moments of beautiful temperance by the hand of cellist Gretta Cohen. It’s a challenging listen, which is what keeps bringing you back, since this is a difficult disc to feel you’re on top of. The ensuing queasiness is proof of the set’s enduring power.

Kasher’s “fourteen hymns for the heathen” finds him taking Christianity to task in no small order (as well as empty suburban ideals and shitty politics), showing off some impressive writing chops as he shifts viewpoints between parish, priest, and outsider. What’s more, it sounds as if Cursive is having a blast on ‘Hollow,’ which keeps the disc from veering off the conceptual deep end. Kasher is also careful not to preach or attempt offering any definitive answers: the message is to think for yourself. By far, the band’s most well-balanced, fully realized collection… and let’s not forget the horn section.