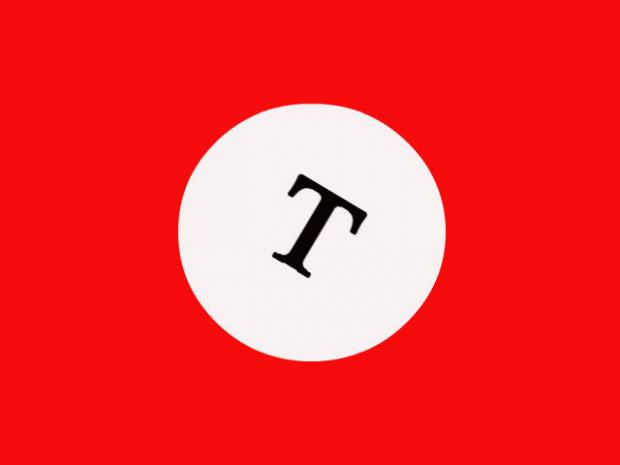 I caught myself engaged in a debate over Donald Trump and fascism one recent morning. It all started when a conservative friend of mine posted this: Technically, “Socialism” would be everyone pooling money together to get that guy his own sign. Someone responded to me, channeling Joe the Plumber, “not when the government is the one enforcing socialism. The government is the one that pools the money to hand it out to everyone.” I replied, “I don’t see a lot of people complaining about their socialized roads, socialized military, Social Security, Medicare, or other big, bad, evil socialist things. Social democracy, or democratic socialism, is the radical idea that people’s taxes should go to pay for things that people use.”

When confronted with my lack of humor, I replied that, “it would be funny if it remotely reflected anything that Bernie Sanders advocates or stands for. This is just silly and banal.” My friend then retorted, “Like an out of context still frame of people raising their right hands at a Trump rally?”

Now, we get to the meat of this thing.

I don’t know whether Donald Trump is, in reality, a fascist. If he’s not, he’s doing a spot-on impression of one; he plays one on TV. If Donald Trump isn’t a fascist, he is awakening an especially American form of fascism that is quite ugly, and he’s doing it by using the tools, propaganda, and drama of early 20th century fascist movements. Before you accuse me of violating Godwin’s Law, consider what this campaign has been all about.

It has been about this:

from a different angle:

Back on Facebook, I addressed the photo of people raising their right hands at a Trump rally. What was that, exactly?

Donald Trump makes members of his Orlando crowd raise their right hands and swear to vote in the primary. pic.twitter.com/EVenRilJrV

It was a loyalty oath; a pledge of allegiance to a person, rather than, e.g., a flag or a principle or the Constitution. This is what happened in Germany in 1934, after Hindenburg’s death and the unification of the Chancellery and the Presidency.

Since 1942, when you give the pledge of allegiance, you put you hand over your heart. Before 1942, you gave the “Bellamy salute”, named after the author of the pledge, it had you do this: Raising your right hand in a salute to a Leader who puts his hand up half-way in order to somewhat catch it hearkens back to something very sinister. Trump keeps doing it at his rallies, and when interviewed about it on the Today Show, pretended like he didn’t know anybody had a problem with it. Yet the day before, Abe Foxman, the former head of the Anti-Defamation League specifically called Trump out on this.

“As a Jew who survived the Holocaust, to see an audience of thousands of people raising their hands in what looks like the ‘Heil Hitler’ salute is about as offensive, obnoxious and disgusting as anything I thought I would ever witness in the United States of America,” Foxman said. “It is a fascist gesture.”

“He is smart enough — he always tells us how smart he is — to know the images that this evokes. Instead of asking his audience to pledge allegiance to the United States of America, which in itself would be a little bizarre, he’s asking them to swear allegiance to him,”

On NBC, Trump explained away his salute by saying that people “love it”. Well, German people loved it in 1934, too. When you pair that with the things that he’s said about Mexicans, and Muslims, and women, the parallels are far too close for this to be treated as innocent. Trump knows exactly what he’s doing, and he’s too interested in winning to care that he’s — among other things — scaring the shit out of Holocaust survivors. GOP pols are expert at blowing dog-whistles, but I’m afraid this one is calling a dog no one wants to see come running.

The rebuttal was that people raise their hands all the time in non-sinister ways — to become citizens, or to be called on in class, or to vote on something.

But there’s a difference. To become a citizen, you raise your right hand and swear this:

Nothing there about fealty to the President in general, or to Obama in particular — or to any person specifically. When you’re raising your hand to be called on, you’re not pledging a loyalty blood oath to any person, nor is it the same as a Leader at a podium, exhorting his followers to pledge a loyalty oath to him. In response, I was told that criticisms such as mine only feed the Trump monster, and bolster his support, but I’m not going to apologize for criticizing the fascist because it fuels his followers.

Again, this is a parallel to Germany in the 1930s; if you criticize the Nazis for their anti-Semitism, it only made the Nazis stronger (and you’d find yourself under an S.A. boot). The problem isn’t necessarily just with Trump’s exploitation of hatred and bigotry, it’s with the underlying hatred and bigotry itself. Trump isn’t the only problem, his followers are the real problem, and quite frankly now we see how popular fascism is when it comes to America, wrapped in the flag and carrying a cross. It only happens to be about 90 years late.

Hannah Arendt, I suspect, would have much to say on the matter.

Locally, another para-fascist degenerate, Carl Paladino, decided to take to his favorite medium — email — to threaten New York’s Republican Congressional delegation into supporting Donald Trump. So far, only Chris Collins (NY-27) - who finds himself in hot water of his own for his “business acumen” - has swallowed the Trump pill.

Paladino’s email reads like something your racist uncle forwards to you and 50 other people.

Paladino said he sent an email blast to 50,000 supporters on Tuesday after a series of unsuccessful phone calls to convince New York’s eight other Republican House members to support Trump. So far, Collins has stood alone in his endorsement.

Trump has said that New York, and its large number of Republican delegates up for grabs in the April 19 primary, is a key to his strategy to win the GOP nomination for president. Trump boasted on CNN last month that in Upstate New York, “I’m like the most popular person that has ever lived, virtually.”

In his email, Paladino said of the eight GOP House members: “None of you is a profile in courage…You cannot stay neutral any longer; it conflicts with your job description.”

He added, “You are supposed to make decisions in the best interests of your constituents. They’re angry. It’s a festering anger, built up over the years by a smoke and mirrors government working to keep the political class comfortably feeding at the public trough.”

Says the guy whose business relies in part on rent from the state, and tax breaks and “incentives”.

“This is the beginning,” Paladino said of Tuesday’s email. “This is the nice one. It’s going to get worse for those that continue to hold out. I’m being nice.”

Asked how he will increase pressure, Paladino said, “I’ll up the ante a little bit more in the next one I send. For those that continue to hold out, I will do everything I can to marginalize them. People like to read what their representatives are doing”…

“They’re treacherous,” Paladino said of the New York Republican House members. “They’re all a bunch of RINOs (Republican In Name Only). They are not doing the will of the people.”

Says the guy who contributes to Democrats.

Accusing people of being disloyal? Calling on the mob to react as you “up the ante” in successive email blasts? I’m trying to remember what other major 20th century political ideology relied on hatred, insults, and intimidation to gain power.

It’s doing great in the polls, winning Republican primaries, and going so far as to pimp Leader-branded water, wine, and steaks at political rallies. Mein Steaks.