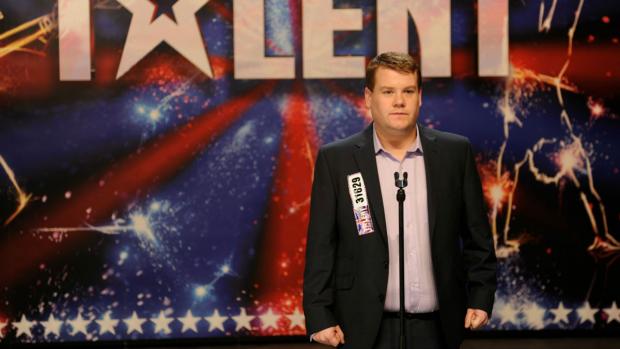 If the pathways to a career as an opera singer were as fraught with nearly crippling difficulty and heartache as the one that lays before the subject of the appealing and entertaining biopic One Chance, the state of grand opera would be even more uncertain than it already is, particularly in this country. As David Frankel’s movie relates, in what one assumes is more or less accurate fashion, Paul Potts, born into the Welsh working class, experienced and had to surmount the kind of obstacles that would stop, and maybe crush, a lesser, and less lucky, man. (Accuracy has to be assessed in the context of movies’ traditionally cavalier disregard for facts. See, for example, the Oscar-nominated The Imitation Game, about the gay code-breaker Alan Turing.)

It’s incumbent on me, I think, to stress that this very audience-friendly film isn’t primarily pitched to people with a firm grasp of opera. It makes its pitch as a human-interest story, a good one, with an amusing approach to one guy’s pitfall-ridden route to musical recognition. And it’s a tribute to the skills of Frankel (The Devil Wears Prada) and scripter Justin Zackham that they generally resisted the potential for teary exploitation tactics. Not entirely, to be sure, but enough to keep their picture moving along smartly and amusingly, through personal disappointment and defeat.

Potts (James Corden, who’s been very busy lately, what with playing the baker in Into the Woods and his imminent arrival as host of CBS’s Late, Late Show) was born to a rough-hewn steelworker (Colm Meany) and a sympathetic mother (Julie Walters) in Port Talbott, Wales in the 1970s. By the mid-1980s, several things had become obvious enough: He was a gentle, chubby outsider in his tough neighborhood who loved to sing and had a developing, eventually consuming love for opera. These attributes win him the disapproval of his former hellbent rugger father, and the dangerous disdain of the rougher local schoolboys who taunt, jeer and sometimes do much worse.

By the time he is an adult, and One Chance really kicks in, he’s working in a mobile phone store—instead of the mill as his dad wants—and his steady but unconfident ambition is to enroll in an opera-training program in Venice that enjoys the patronage of Luciano Pavarotti (Stanley Townsend) as soon as he accumulates the £500 tuition. After an unlikely first prize of £300 in a neighborhood pub talent contest for his rendition of a selection from Pagliacci, he almost loses it in a violent encounter with the vilest of the local bully boys, escaping only through a Hollywood-style hairbreadth escape. He also acquires a girlfriend (Alexandra Roach) through some diffident Web wooing, and she agrees to wait for him while he studies in Italy.

This Venetian interlude begins brightly, as well as scenically, but ends badly, and Pavarotti is both a witness to and an agent of Paul’s humiliation. Back in Wales, there is serious illness, followed by serious injury, and threats to his ability to sing, the very core of Paul’s sense of self. Also, a rocky patch with the girlfriend. Finally, after years of vocal inactivity and quiet desperation, a faint ray pierces the gloomy existence in the person of Simon Cowell and his “Britain’s Got Talent” TV show. (Among other things, the movie serves up more redundant props to Cowell and his show biz empire.)

The modest but genuine accomplishment of One Chance is its artful undercutting and spicing up of all the suffering and uplift. If it doesn’t quite subvert these elements, it certainly leavens and mutes them. It’s cheerfully smart-ass, particularly in the person of Mackenzie Crook as Paul’s semi-mordantly wacked and loyal boss at the phone store. Corden’s Paul is convincingly earnest but anxious and self-effacing, an impediment, it’s implied, that’s the result of his inhospitable environment. Toward its end, the movie does get kind of soppy and tidily conciliatory.

Potts provides the singing for Corden, and you won’t find an evaluation of his vocal color, brilliance, intonation or dramatic value. That belongs in another department. Whether or not Potts is a very rarely gifted singing artist, or something less exalted, is somewhat beside the point. This is the story of a driving but unfulfilled need for operatic expression, engagingly and poignantly told.

One Chance opens on Friday at the North Park Theatre.