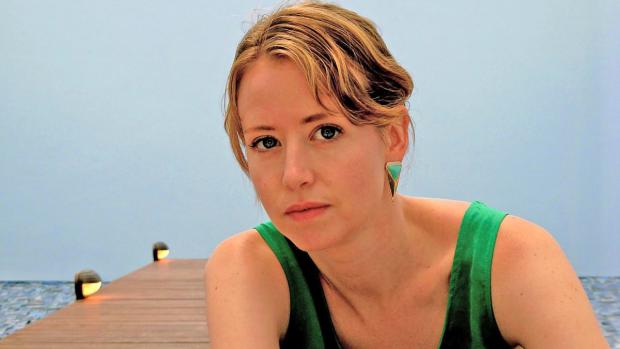 Let’s talk about young adult literature. For many years, YA was a pejorative label that was used unfairly to refer to novels that were supposedly light on substance, relatively easy, or otherwise kid-sized. Many readers reject YA out of hand as less serious or somehow not worth reading. Almost everyone, however, can recall a favorite book from childhood. I loved the Redwall books, The Giver, The Hobbit, innumerable science fiction and fantasy series, and of course every installment of Harry Potter. My dad would sometimes read these books when I was done with them. In particular, I remember that we both enjoyed Hatchet by Gary Paulsen. I took a lot of pride in the fact that I had read something that my dad and maybe big people in general could also appreciate in a real way, without putting on kid glasses.

Recently, a more generous kind of criticism has given YA fiction the attention it deserves, due perhaps to its indomitable popularity. Despite doomsday predictions that tablets and computers would turn our nation’s youth into a horde of drooling tubers, the Kaiser Family Foundation in 2010 found that the average time that young adults spend reading has increased steadily since the turn of the millennium, and that “it does not appear that time spent using screen media (TV, video games and computers) displaces time spent with print media.” Young adults are currently the most literate demographic in the world. Contrary to the “diminished role of voluntary reading in American life” that the National Endowment for the Arts reported in 2004, Hannah Withers and Lauren Ross in McSweeney’s observe that “young adults now devour books the size of Russian novels in months (Harry Potter and the Order of the Phoenix, the fifth book in the Harry Potter series, is six pages longer than Anna Karenina).”

That is not to say, however, that YA literature is indistinguishable from adult fiction, and that is the main issue that dogs Find Me, the first novel from Laura van den Berg, a Writer-in-Residence at Bard College and an accomplished, decorated author of short stories. Find Me tells the story of Joy Jones, a teenage girl who lives in a research hospital in the middle of rural Kansas. She is apparently immune to “the sickness,” a disease that has decimated the United States. It is “an epidemic of forgetting,” Joy tells us. “First: silver blisters, like fish scales, like the patient is evolving into a different class of creature. Second: the loss of memory. The slips might be small at first, but by the end the patient won’t remember the most basic details of who they are.”

Joy is plucked from her disaffected life in Boston, which she spends chugging Robitussin and working at a Stop & Shop, by Dr. Bek, who is studying the rare people who seem incapable of catching the sickness. Joy, an orphan who has spent her life in and out of foster care and group homes, has no reason to reject Dr. Bek’s offer of a stable living situation far removed from the apocalypse. “I was named Joy Jones by the nurses at Brigham, who got tired of calling me 6212, my hospital ID number. The symmetry of the name never suited me.”

Joy becomes obsessed with the search for the mother who abandoned her. Before she moves into the hospital, a mysterious aunt named Christina, who herself is dying of the sickness, uses a company called Last Rites, which was formed to meet the demands of the ballooning leagues of the sick and dying, to get in touch with her. Christina gives Joy a key to a house in the South End and a note that says, “Look under the bed.” There she finds a photograph of her mother and a list: “She kept you one month before—” and “You are her only child” and “Regrets—we have many.” In the hospital, Joy seems a woman on TV and knows instinctively that she is her mother. The woman, Beatrice, is an underwater archaeologist with “a special talent for searching, for finding, but not for holding on. I am proof of that.”

Life in the hospital is often miserable, and it quickly becomes unsustainable when the sickness in the rest of the country begins to wane. In one of the more poignant of the book’s subplots, two twin boys in the hospital obsess over Hawaii, where they went on vacation as a family before their parents died. “Now all they want is to go back. They draw maps—patchworks of blue and green, with black cones to mark the volcanoes—and get the nurses to hang them on their walls. They make leis from toilet paper and request pineapple rings in the Dining Hall.” They begin digging a tunnel out of the hospital. Why? “To go to Hawaii. Of course.”

By coincidence, I read Find Me on a plane to Hawaii. Perhaps it was a combination of that and my own desire to escape the burst pipes and permafrost of Buffalo that made me empathize so strongly with the plight of the orphaned twins. Each of the 21 hours my girlfriend and I spent in cramped cabins and fetid airport terminals drove home the tragic impracticality of their itinerary. I thought of them, too, on the island of Kaua’i, which, with its waterfalls, canyons, mountains, and vast expanses of pristine coastline, is basically the platonic ideal of paradise.

Of course, you don’t have to buy a plane ticket to Lihue Airport to understand the travails of the characters in Find Me. The novel’s extraordinary circumstances evoke experiences and feelings that everyone has known, usually during adolescence. Therein lies the young adult core of this text, which neither the author nor the publisher seem to consider YA. Each of the novel’s structural components, from the pugnacious, sweet, misunderstood protagonist to the obscure, domineering figure of authority (Dr. Bek) to the alienating claustrophobia of an apathetic world to the sexy, kind of dumb love interest—everything is ripped from the headlines of pubescence. The prose, too, makes use of a repetitious fixation on the sad, lonely, pining state of affairs that I know, as a high school teacher and a former teenager myself, tends characterize adolescent discourse.

To be clear, this is not necessarily a bad thing. Harry Potter is about an orphan; The Giver takes place in a world that, like Pleasantville, is literally without color; Hatchet is about a young man who must learn to survive on his own. All three tell the stories of protagonists who, like Joy, are born unique in an extraordinary way (Harry’s magical abilities, Jonas’s pale eyes and his role as Receiver of Memory, Brian’s uncanny survivalism), and whose unfortunate circumstances in the narrative present are unfair and undeserved. These tropes grow a bit tiresome in Find Me, however, and so does van den Berg’s tendency to explain already unambiguous events. After a frightening encounter with a mob of people in Charleston, West Virginia, one of the first stops Joy makes in the novel’s second part, which follows her search for her mother, we get, “Just when the city is starting to feel like it belongs to us, the city sets us straight.” Earlier, “I don’t tell him what [she] said to me in the closet. Her words are too large and slippery to make the journey from thought, from memory, to speech.”

The end of Find Me, however, is a powerful triumph that certainly outweighs the novel’s weaknesses. It shares some of its best qualities with Hermann Hesse’s Demian, the first book I ever called my favorite: an honest contemplation of the experience of growing up, a refusal to discount the sturm und drang of youth, and a commitment to the possibility of redemption and joy. I just wish I had read this book when I was younger.