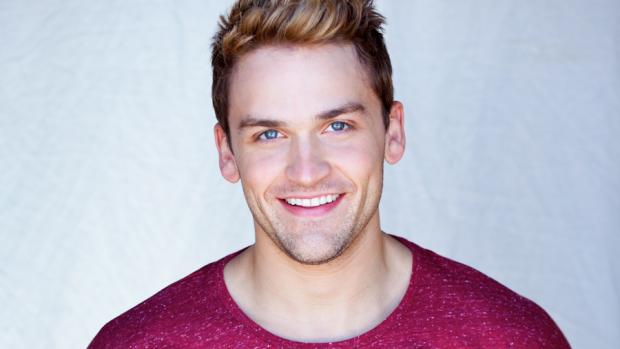 Until recently, the Clarence native was pulling double duty on Broadway, dancing in the ensemble in Lin-Manuel Miranda’s blockbuster hit, Hamilton, and preparing for a role in the new musical, Tuck Everlasting, based on Natalie Babbitt’s beloved children’s novel. From 10am to 6pm Monday through Saturday, Haskell rehearsed his ballet numbers in Tuck. But Tuesday through Sunday nights, plus two matinees, it was the aggressive, hip hop sound of Hamilton that demands his attention.

Miranda, who also stars as Hamilton, follows musical tradition in the vein of Andrew Lloyd Webber’s Jesus Christ Superstar, where the complicated villain narrates the story. Alexander Hamilton’s meteoric rise from bastard immigrant to secretary of the treasury is rapped by his assassin, Aaron Burr, played by Leslie Odom Jr. Much like its protagonist, the musical has made for an unlikely and stunning success in New York City.

As a swing who can play six roles in the show, Haskell was indispensable to the Hamilton cast. Sitting down on a recent Sunday morning, he had just finished an exhausting week of filling in each night on top of his Tuck rehearsals. That Friday night, he played one his favorite roles, the bumbling General Charles Lee, who retreats at the Battle of Monmouth and faces off in the first duel foreshadowing Hamilton’s demise.

“I get to get shot. Yes! It’s cool!” he said. “Most of the time if you’re in the ensemble of a Broadway show you don’t get to have your own moment where you are forwarding the storyline and in this show, it’s such an ensemble show where everybody has their moments.”

On February 28, Haskell ended his time in Hamilton and launched himself full-time into Tuck. One would think he has reached a career high after performing at the packed Richard Rogers Theatre in front of political luminaries, celebrities, and thousands of captivated fans. But Haskell, who also gained national fame as a contestant on So You Think You Can Dance, believes his greatest roles are ahead of him.

“You want to continue to peak in this career, you don’t want to plateau or fall off,” he said. “I always hope the next job is going to be the one—and Hamilton was a fantastic one, now I’m moving into Tuck Everlasting.”

Haskell began his dancing career at the ripe age of five, when he followed a friend into tap and ballet classes at David DeMarie Dance Studios. He never considered a serious stage career until age 15, when he saw Buffalo’s own Tiger Martina dancing in Movin’ Out on Broadway.

“It blew my mind. I’d never known anybody on Broadway,” he said. “I could totally attempt to be like that and it made it a feel a little closer to my grasp.”

By high school, Haskell was piling on classes at American Academy in Amherst and dancing with his female classmates for 25 hours a week, sometimes to the chagrin of their boyfriends.

Still, he said he never endured the taunting some of his peers on Broadway experienced growing up. Instead, Buffalo offered a supportive environment for a male dancer.

“I hear all these stories about guys having a hard time growing up dancing, and I feel lucky having grown up in a city where it really wasn’t that big deal,” he said. “In fact, at school the majority of people were super excited about it.”

Haskell graduated Clarence High School in 2005 and went on to Point Park University in Pittsburgh. At 19, he left to perform in his first Broadway show, a leave of absence that has extended to this day.

After wrapping his Broadway debut, Haskell still felt unmoored in the theater world. He tried out for So You Think You Can Dance that winter, hoping the show might give him more direction. The show’s varied dance styles challenged him and he fell to the bottom three. He pulled out all the stops on stage, including a 540-degree aerial spin, but it may have been the Chewbacca impression he performed on camera that saved him.

“It was a moment I sort of regretted because at every single city when we toured, I had to do that probably 20 times a night,” he said. “I would say be careful what you do in those moments, but it connected with people.”

In the end, Haskell catapulted to third place and gained the confidence he needed to begin his Broadway career in earnest. He landed a MTV movie, a role in the off-Broadway show Altar Boyz, and a spot in Miranda’s musical adaptation of Bring It On.

His athletic build and taut ponytail were most fitting for the Miranda’s edgy, colonial epic. Haskell, who describes himself on Twitter as “dancer, actor, athlete,” seems equal parts artist and jock. Perhaps it’s the chameleon nature of a swing that allows him to switch from gushing over “Thoroughly Modern Millie” to bolstering Rex Ryan (he still seeks out Buffalo expats by singing the “Shout” chorus) without missing a beat.

The rest of the Hamilton ensemble would not be out of place on a college rugby team. They are a muscular crew that hauls yards of thick, nautical rope and captain’s chairs around a wooden deck of a set. Every mark is hit with Swiss-watch precision over an ingenious turntable stage that rotates in two separate orbits, often in opposite directions.

Andy Blankenbuehler’s choreography soars on its subtlety. It captivates the audience with delicate touches: a sigh from the dancers when Hamilton kisses Angelica’s hand, a shoulder that drops in small, mechanical increments, or the precise pinch one dancer holds on an imaginary bullet shooting across the stage from Aaron Burr’s pistol. Even the lifts are executed with a solemn purpose, as when the dancers raise Hamilton’s sick mother into the air from her deathbed.

Although the dancing blends ballet and street-style, little is left uncoordinated. There are about 32 counts in “Guns and Ships” during shouts of “Lafayette!” when the dancers exhibit brief freestyling, Haskell said. Only in “The Room Where It Happens” do Odom Jr. and the ensemble release two acts worth of pent-up emotion with table dancing and “Thriller”-inspired flourishes.

“Andy has moments where he wants to see the huge energy coming out the dancers,” Haskell said. “But those are few and far between because those moments won’t stand out unless those other moments are small and intricate.”

As an actor in Hamilton, Haskell was standing in the eye of a musical hurricane. The show’s astronomical success didn’t hit him until he found himself shaking hands with President Obama or staring at Kanye West in the second row. The show’s notoriety has extended his circle of friends and family, who were all vying for a golden ticket.

“I got requests for tickets from a friend’s friend’s co-worker’s boss,” he said. “I would love to, but I don’t have that type of power to give this person four degrees of separation away a ticket to this show. But I will tell you there’s a lottery to win $10 tickets, which doesn’t always help because there’s a thousand people trying to win those in front of a theater.”