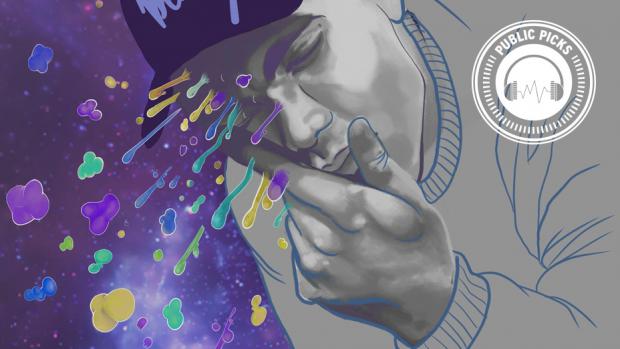 “Weed over alcohol all day” is the Chronic Illusive’s motto, I guess you could say. Part of hip hop group the Chronic Collective, rapper Illusive has just released his solo album, bendyface. The 12-track album features the lead single “Palpitation.” The video for “Palpitation” is pretty much the antithesis of a D.A.R.E. video as the braggadocious rapper airs out his favorite substances in no particular order. The album falls on the experimental end of the hip hop spectrum with low-key, almost hypnotic beats punctuated by Illusive’s unorthodox yet compelling flow on tracks like “Introvert” and “Birdcage,” which features Buffalo hip hop veterans WZA and Short Moscato.

The new single from Buffalo indie rock band White Shade is a fuzzy jangle-rock tune. Layered guitars from band leader Matt Sacha drive the track, which features cover art, a photo of the Fairmont Creamery in downtown Buffalo, shot and edited by Sacha as well.