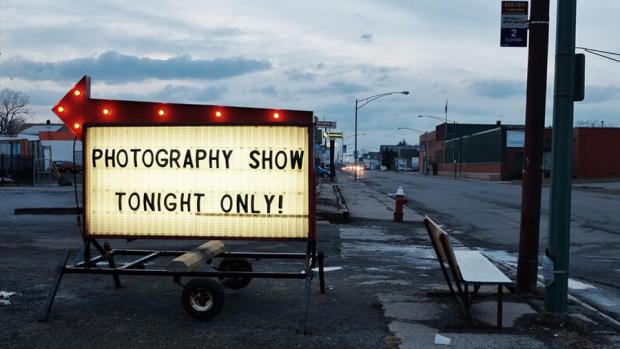 In the Clinton-Bailey neighborhood, real-estate prices and wages both are largely unmoved by the so-called “renaissance.” Photo by The Public Staff.
by
Bruce Fisher
/ Mar. 7, 2017 5pm EST

The real-estate market in some Buffalo neighborhoods is so robust that suburban real-estate developers are moving rapidly to catch the boom. Brownfield, historic preservation, and other tax-credit programs are fueling a wave of conversions on Elmwood Avenue, Niagara Street, and downtown. All told, the developers will add only about 1,000 units in a city whose inventory already includes more than 93,000 parcels (including 16,000 to 20,000 vacant or uninhabitable “zombie” properties), but there is no question that a boom is underway.

Over the last year, no fewer than 76 Buffalo properties have sold for over $500,000. There are a handful that have sold for over $1 million. But vast areas of the city—especially west of Grant Street, north of Scajaquada Creek, east of Main Street, and south of the immediate area of the UB South Campus—remain inexpensive: Over 80 percent of Buffalo properties sold last year for $50,000 or less.

The total taxable value of real estate in the City of Buffalo in 2015 was $6.6 billion, or about 16 percent of the total of $40.2 billion in Erie County. But despite rising market value in some areas, Buffalo’s real estate was worth about 17.5 percent of the Erie County total back in 2010.

The income polarization trends we’ve reported for years persist. The latest data (available on a countywide basis, not by municipality) indicate that fully two-thirds of the incomes reported by Erie County residents to the Internal Revenue Service are less than $50,000, which is sharply below the New York statewide median household income.

We can only piece together the picture of Buffalo’s economic situation today. Using a patchwork of federal and state sources, it looks like this:

It’s pretty much impossible to count who is winning and losing within the cities, towns, and villages of the Buffalo area, but as we reported last week, the Current Population Survey keeps track of poverty, and the latest available data reiterate the longstanding pattern: Buffalo remains the epicenter of poverty in the region. And the burden falls heaviest on African-Americans here. Bureau of Labor Statistics data from 2015 show that black males age 20-64 remain underrepresented in the workforce and in overall employment, with just under 61 percent of them employed. The official national unemployment rate is under 5 percent; the effective unemployment rate for black men in Buffalo is almost 40 percent.

Any assessment of where the community is going requires some idea of where we’ve been in recent history.

By 1990, after massive deindustrialization and capital flight and the shuttering of steel mills, the stockyards, and most of the grain mills, manufacturing employment fell to 90,000.

That’s probably not going to change, no matter what happens in Washington, DC.

But this shift in the economy—which is now 76 percent service-oriented, and with only 24 percent of the regional Gross Metropolitan Product coming from goods-producing activities—has happened in a demographic and policy context that we need to understand.

The City of Buffalo’s population slid from a high of 580,000 in 1950 to about 260,000 today. In the 20-year great era of economic expansion between 1950 and 1970, Buffalo lost about 100,000 souls as coordinated policies of road-building, sewer-district expansion, mortgage subsidies, and farmland conversion resulted in a swelling regional population, which peaked in 1970 at a little over 1.1 million. As recently as the 1940s, the 40.5 square miles of Buffalo contained over 70 percent of the entire population of Erie County.

Capital flight, variously called globalization or deindustrialization, accelerated in the mid-1970s. Then came the 1974 Supreme Court decision in the Milliken desegregation case. That’s the one in which Nixon appointee William Rehnquist cast the vote Nixon hired him to cast, namely, the one that created white-only schools in Rust Belt suburbs, and majority-black schools in Rust Belt cities, in effect forcing desegregation efforts to occur only within existing school-district boundaries. It didn’t mean much in the South, where school districts are county-wide, but the message in Buffalo, Detroit, Cleveland, Boston, Chicago, and other northern cities surrounded by towns with town-centered school districts, helped Nixon achieve his political goal: it made Republicans out of most suburban white people. As a direct result of the Millikin decision, about 100,000 white people left Buffalo for the Buffalo-area suburbs. The regional population didn’t grow, but the suburbs did.

And yes, local leadership matters—because part of the loss was self-inflicted.

Notwithstanding the arguments of the late UB President William Greiner and his late Provost Thomas Headrick that the State University of New York at Buffalo was never going to be located downtown (unlike just about every other city on the planet, where the norm since the 12th century has been to site universities, cathedrals, law courts, and marketplaces at the regional transportation crossroads), Buffalo measurably continues to suffer the lack of billions in infrastructure, hundreds of millions in annual economic impact, and the tens of thousands of students, faculty, and staff who daily swell the population of suburban Amherst.

Similarly, the decision to effectively shutter Main Street during and after construction of the Metro, by first disrupting and then 30 years eliminating automobile traffic, effectively obliterated the downtown retail district. Planning errors multiplied, characterized by a program of demolitions of commercial and residential properties in a broad swath of the urban core, precisely where the residual structures are currently experiencing a few dozen adaptive re-use conversions. The norm now is for about 23 percent of total commercial space in the central business district to stay vacant

But when given a chance to incrementally change course, Buffalo’s leaders have opted to stay the course.

Neither Buffalo’s mayor nor the Erie County executive chose to push for a downtown site for the new Science, Technology, Engineering, and Math building for Erie Community College, notwithstanding the availability of ample room to expand the College’s existing downtown footprint—and notwithstanding the massive expansion of the Buffalo Niagara Medical Campus only 1.5 miles from City Hall.

What we’ve presented so far is a snapshot of where Buffalo is today. Next, we will explore official actions by elected and appointed officials—especially tax abatements, grants of public benefits, bankable subsidies, and specific policy enactments—that have resulted in some construction projects, some wages being paid, some infrastructure changes being at least begun and in some cases completed, and that have had measurable-dollar contributions to the overall economy.

But two questions remain: What local actions might help Buffalo, and who should take the lead?

Bruce Fisher is visiting professor or at SUNY Buffalo State and director of the Center for Economic and Policy Studies.