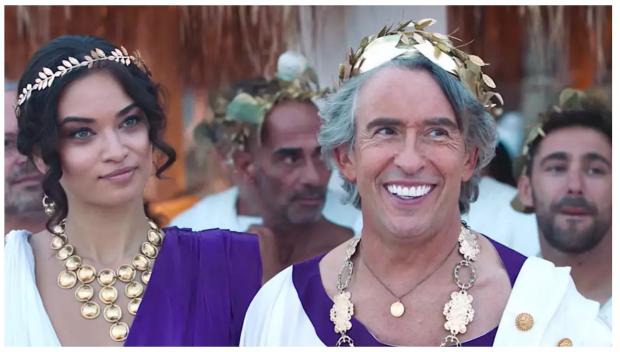 The film world needs more directors like Michael Winterbottom. Once upon a time it had them in spades, journeymen who worked on a regular basis making movies for the masses without pandering, who were able to provide both substance and entertainment. After a start in British television, Winterbottom has made 30 features in the past 25 years, and not a one of them would be a waste of your time to watch. He’s best known in the US for the three features adapted from the TV series The Trip, in which Steve Coogan and Rob Brydon hit the road reviewing restaurants and cracking each other up with celebrity impressions. (A fourth, The Trip to Greece, will be released later this year.) His 2012 Everyday, the story of an average family coping when the dad is sent to prison, was filmed over the course of five years with the same actors, beating Richard Linklater’s similar Boyhood to the screen by 2 years: it’s one of the most moving films I’ve seen in this century.

Moving easily among genres, Winterbottom’s oeuvre has encompassed literary adaptations (Jude the Obscure, Jim Thompson’s The Killer Inside Me, Tristram Shandy) to documentaries (The Road to Guantanamo, The Shock Doctrine) and biopics of dodgy British celebrities (24 Hour Party People, The Look of Love).

Those last two sort of come together in Greed, in which Winterbottom’s frequent star Steve Coogan plays a character clearly based at least in part on British tycoon Sir Philip Green, with large dashes of Donald Trump. Sir Richard McCreadie—Rich to his friends or those pretending to be, Greedy McCreadie to the tabloids—is preparing to celebrate his 60th birthday with an elaborate party on the Greek island of Mykonos. Along for the ride is Peep Show’s David Mitchell as a journalist who has been hired to write a biography, giving the film an excuse to dip into McCreadie’s shady career.

Coogan is an old hand at playing characters who deserve not a whit of sympathy, holding our attention without ever making the bastard likeable. There are plentiful opportunities for satire and parody, many of them fairly blunt: the self-loving McCreadie is so enamored of the movie Gladiator (he identifies with the Russell Crowe character) that he has made it the theme of the party, to the point of building a facsimile of the Colosseum stocked with a live lion.

In the mode of The Big Short, the satire is bitter and trenchant. We learn that McCreadie is a terrible businessman whose fortune in fast fashion was built mostly by bullying and cheating. (A favorite tactic: ordering work or goods and then refusing to pay the agreed on price, threatening his creditor with a legal battle unless he accepts reduced payment. Sound familiar?) This overblown party actually seems at first to be a bid to save face as he faces bankruptcy—except that people like this are too big to go down.

Greed is two movies, an “eat the rich” comedy and a docudrama that takes aim at the fast fashion industry, powered by exploited Asian workers, the European refugee crisis and income disparity. If this seems like a lot of material to cram into one movie, I have to admit that it is. The film ends with onscreen statistics about the realities that inspired the movie, by which point you can’t help but feel that Winterbottom and co-writer Sean Gray (who worked on Veep and the brilliant British series The Thick of It) might have found a better vehicle to express their anger. It’s a mix that isn’t entirely successful, but give it credit for trying. Now playing at the Regal Transit and Quaker Crossing.