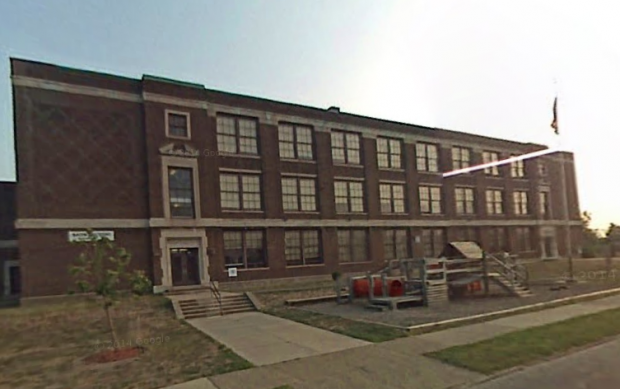 Tapestry Charter School is facing mounting internal and external scrutiny in the wake of a controversial and failed plan to open a second location in the former Public School #78 in the city’s Kensington-Bailey neighborhood, and a Buffalo councilman believes the decision falls down along racial lines.

School officials had been searching for a second building to grow their program outside of their 800-student K-12 campus on Great Arrow Avenue, but reportedly did not communicate their process transparently enough to the school community and the plan to expand was voted down 10-1 by its board of trustees. “We screwed up,” board chairman Thomas M. Ramming told the Buffalo News, days after an avalanche of criticism from parents poured in.

One parent wrote The Public, “As parents we feel blindsided because we were not engaged in the process and we have a number of concerns.” Chief among those concerns were that the plan was fiscally irresponsible, coming only four years after the school’s $14 million expansion, and that it created transportation issues and would divide the school’s community.

Some might question why the school would be expanding at all, given its concerning downward trend in its local ranking. Buffalo Business First rated Tapestry 14th best elementary school in Western New York in 2010, by last year however, it had fallen down to the 140th spot. The school is also under remedial order by the state’s education department for failing short on the required number of instruction hours in the 2013-14 and 2014-15 academic years.

Other parents complained about crime, traffic, and air pollution surrounding the proposed new location on Olympic Avenue alongside the route 33 expressway. Tapestry officials provided a crime data analysis which showed there was more than double the amount of crime reported around the current campus than around the school #78 site.

The school’s decision to honor the wishes of its most outspoken community stakeholders was blasted on Monday by freshman Masten District Councilman Ulysses O. Wingo, Sr. in a letter written to the school’s board. In it, Wingo demanded a “personal explanation as to why you voted to deny this expansion,” and called on the board to provide written or verbal statements at the council’s next Education Committee meeting on Thursday March 10, at 1:30pm. Wingo also called for a re-vote on the expansion, and for Ramming to resign his post as chair of the board of trustees.

Wingo’s letter makes it clear that he feels the decision not to move a portion of its program to the East Side was motivated by race. “How were you able to vote ‘no’ on this expansion when the feedback that fueled your decision was comprised of only a small percentage of parents whose race represents a minority of your programs’ families?” Wingo asked, in reference to the student body’s composition as 51 percent African American and 33 percent white.

The letter also reveals that the principal, who told the Buffalo News she was “ashamed” of the how the vote shook out, has been placed on administrative leave. Lynn Seagreen Bass publicly blamed the the vote on “white parents” who don’t want their kids going to school in a predominantly working-class black neighborhood.

The full text of Wingo’s letter is below.