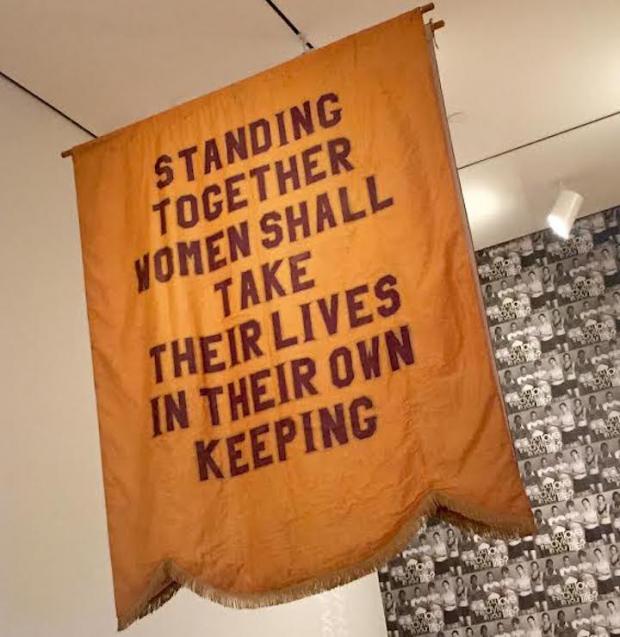 “There’s a special place in hell for women who don’t help each other.” —Madeleine Albright, former secretary of state

Feminism is more than burning bras and not shaving your armpits. Feminism means demanding equal pay for equal work, taking charge of our bodies, tearing down rape culture, ending domestic violence, and crushing the all-powerful patriarchy. No, it does not mean we hate men; in fact many feminists actually are men. Yes, it does mean standing together with our sisters and trans sisters, but it does not mean bullying other women into thinking how we think and pushing our ideals on others. I was offended when Gloria Steinem, a famous voice of the feminist movement, and Madeline Albright, the first female secretary of the state, said that any woman who doesn’t back Hillary Clinton is not a feminist.

They went on to say that girls were just voting for Bernie Sanders because he was popular with men. “There’s a special place in hell for women who don’t help each other,” said Albright. “When you’re young, you’re thinking: ‘Where are the boys? The boys are with Bernie,’ ” Ms. Steinem said.

What she didn’t mention is that even though Bernie Sanders is a cis gender white male he is more of a feminist than Hilary Clinton. I feel the Bern because I did my homework, not because any boy told me to do so. While Ms. Albright has taken back her harsh, judgmental rant, I will not forget that it was said.

I remember being 18, my first time voting. Candidates included Hillary Clinton and Barack Obama—a woman and a black man, holy shit. I stood there in that booth and cried because I knew what kind of moment this was. People had fought for me, and that there was so much more to be done.

Change is still coming. There was a time where both women and people of color could not even vote let alone run for president. I think of all the suffragettes and civil rights activists who fought for this basic human right. Barack Obama got my vote that day just as Bernie Sanders will get my vote this coming election. I will never understand why the 18- to 24-year-old voters don’t show. Every voice counts; we need to join together to take charge of our own future to fight oppression. You can’t complain if you don’t vote.

There is no answer to why humans judge others based on the color of their flesh, age, sex, orientation, or presentation. We must accept each other’s differences and appreciate unique beauty. Be the change you want to see and never tolerate ignorance or hate. Strive for peace, acceptance, freedom, and, above all else, love.

Sexism infiltrates all parts of life. I fight for my rights every day, whether it’s a counter-protest in front of an abortion clinic or just living life. Think about dead teenage girls with bloody coat hangers and basement butchers when you listen to Donald Trump spew bullshit. This is how far we have come. I was bartending last night and a man came in with two of his grown sons. He said to me early in the conversation, “Are you married?” I said no happily, still smiling, and told him that wasn’t in my cards. He then asked me if I wanted children. I laughed and said no. “Oh, that will change when you find the right man,” he replied.

My smile was gone. No, I do not need to find the right man to complete my life; I don’t need anyone. I am perfectly happy with my cats and independence. It was so ignorant for him to assume anything about my sexuality and throw his values on me. He was obviously religious and has money, he mentioned that he had eight children and it was the best thing in his life, especially now being older. I told him that overpopulation was a real thing and I would have no part of it.

I say what I believe in. I have even dressed up like Donald Trump in the name of protest art: I put my hair into that terrible comb-over and pulled some American flags out of my plushy penis to make American great again. He is not even as smart as Hitler was, but equally as evil. How has this hatemonger gotten so far? He stirs the pot with no filter or common sense. Promoting violence against Muslims and blind, culture-based blind hate and mass ignorance. We will not take it! Protest the propaganda and spark inspiration. Stifle hate with beauty and truth. Be a feminist, a humanist, a voter, and a person who stands up for what is just. Make the world a better place to live in by taking an active part in its reconstruction. Start with the dust on your own hands.  Action is the only true voice. The clearest sound heard when there is nothing but muffles. Don’t be quiet. YELL!