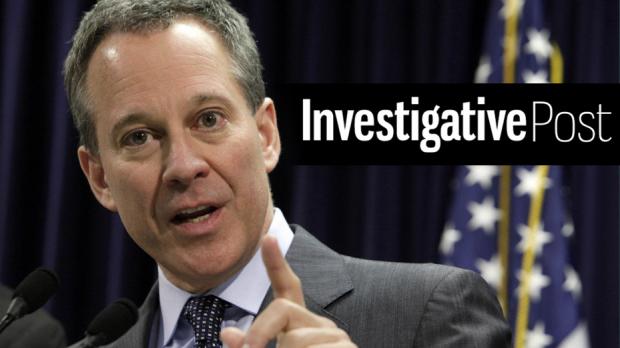 In the past two weeks, Governor Andrew Cuomo, Attorney General Eric Schneiderman, and US Senator Charles Schumer have each sounded a call for action in Buffalo, where lead poisoning remains a significant problem.

Whether the calls get answered on the local level is another story.

As I reported earlier in February, 273 city children tested positive for dangerous levels of lead in their blood in 2015, an increase of 13 percent from the prior year. That’s the most of any upstate community. In addition, the seriousness of the problem is very likely under-reported because the state uses an outdated standard, which I will get to later.

About 40 low-income, owner-occupied homes will benefit from the attorney general’s funding. That’s in addition to the 882 homes already made lead-safe since the program’s inception.

While those numbers represent a degree of progress, consider there are 85,000 housing units in Buffalo at risk for lead hazards. In other words, about 1 percent of the homes were made lead-safe by this program and the additional 40 homes won’t move the meter much toward eliminating the problem.

Last week, Schumer proposed—and the key word here is “proposed”—legislation that would offer property owners making $110,000 or less a year up to a $3,000 tax credit to abate lead hazards in homes, whether it be lead in paint or the plumbing. The average cost to abate lead hazards in a home runs about $10,000, according to the EPA. If a property owner can’t afford abatement, Schumer proposes a $1,000 tax credit to paint over lead hazards or for other interim measures.

How these credits might benefit Buffalo property owners is uncertain.

Low-income renters don’t qualify for the tax credits and no one knows how many out-of-state LLCs renting out substandards apartments make more than $110,000 a year.

More noteworthy is Schumer’s push to double federal funding to $230 million annually for lead programs, although its passage is a uncertain in the Republican-controlled Congress.

Meanwhile, Cuomo told Investigative Post on February 17 that the state is prepared to act “right away” to help deal with the problem. Exactly how is unclear, as the state Department of Health hasn’t responded to numerous interview requests.

One easy fix: updating the state’s lead poisoning standards so that they are in line with the federal threshold approved four years ago by the Center for Disease Control and Prevention. The threshold the state uses to identify children who need medical care for lead in their blood is 10 micrograms per deciliter of blood. That’s double the threshold used by the CDC.

“New York State should follow the CDC,” Schumer said. “I was not aware of that, but they should.”

Buffalo Mayor Byron Brown has yet to commit to getting the city more involved with tackling the lead problem, even though Erie County Health Department Commissioner Gale Burstein has said her office lacks the resources to sufficiently tackle the issue. But after rebuffing an overture from state health officials, the mayor has at least agreed to have his staff meet with county officials to discuss options.