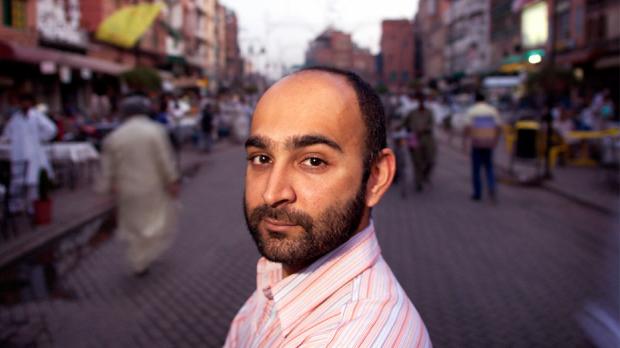 Discontent and Its Civilizations
By Mohsin Hamid
Riverhead, 2015

Mohsin Hamid, author of Moth Smoke, The Reluctant Fundamentalist, and How to Get Filthy Rich in Rising Asia, has returned with the poorly named Discontent and Its Civilizations, a collection of short essays that revolves around his home country, Pakistan. The essays are separated into categories—“Life,” “Art,” and “Politics”—but the difference between the sections (and between the essays themselves) is not as noticeable as those labels might suggest. Though Hamid is a talented writer of fiction, and though his writing benefits from the peripatetic life he has spent in Lahore, London, and New York, Discontent and Its Civilizations only briefly rises above the level of the facile imperative.

When I say the essays are short, I mean that few are longer than three or four pages. They each contain a single sentiment, theme, or argument that Hamid expresses quickly, without much in the way of substance and support. Instead, he begins and finishes each essay with pleasantly written environmental window dressing. The essays in “Life,” the first section, are generally spared the abbreviated, stump speech advocacy that dominates the later sections. Instead, they describe moments that the author seems to consider deceptive in their simplicity. The question of whether or not that is actually the case is the exact reason Discontent and Its Civilizations falls short.

“When Updike Saved Me from Morrison (and Myself),” for instance, which clocks in at two pages, describes a non-event. “One day in the spring of 1993,” the essay begins, “Toni Morrison took me out for lunch. It was my last semester at Princeton and I was in her long-fiction creative writing workshop.” The two “sat and chatted and ate,” and then Hamid invited her to try the “mean pasta” he makes. To his surprise, Morrison agreed to come for dinner. On the way out of the restaurant, Morrison told him to read Beloved. Later, Morrison cancelled the dinner because “John Updike (I think it was Updike) had come to campus.” Hamid realized he was actually not a very good cook, and the essay ends with, “[My novel] wasn’t ready for publication for another seven years.”

It is a frustrating piece for several reasons. For one, the content of the “chat” between the two is totally omitted, as if Toni Morrison said nothing of consequence during their meal, or as if the reader probably wouldn’t care to hear what one of the most famous writers alive might have to say. But then there is the clumsy analogy between cooking and writing: Hamid’s pasta actually was not very good, his writing was not either, and his near-miss with Morrison’s taste buds reminded him that he could stand to apply some humility to his cooking with a heavier hand. The essay’s final sentence, which stands alone at the end of the page, evokes a profundity that the content of the preceding pages does not deserve.

This is true of most of the essays in the collection. The meditative, observant final sentence, indented and solitary, is a favorite of Hamid’s, so much so that it quickly becomes repetitive. The experience of reading all of the essays in sequence felt like looking at a bunch of clover: The vast majority have three leaves, one or two have four. “In Concert, No Touching” chronicles a gross moment of imagined intimacy at a concert in Pakistan, where enforced modesty “meant that any young man returning from college abroad might find himself self-reliant in the act of love to a degree unknown since his dimly recollected boys’ school past.” Hamid sees a woman, a spark flies in the uncollapsible distance between them, and he proceeds to sweat profusely. They never speak, “but we sweated, and when she left without a word, I was not ungrateful.”

Hamid seems committed to evoking the meaning of silence, the messages that can only be expressed without words, in the absence of speech. A laudable goal. The issue, however, is that these messages are in almost every essay in the book more than clear from the first paragraph. Part of the reason for this is that Hamid’s message is usually the same: Though things may be terrible in Pakistan a lot of the time, things are also great a lot of the time. This is why, at the end of “The Countdown,” when Hamid’s gaze stops to smell the flowers after a brief discussion of terrorism in Pakistan, the reader is left feeling hungry. “Fresh pomegranates are arriving from nearby orchards, along with grapes and apples. The fruit, which rarely makes the news, still makes people smile.” That last sentence has all of the emotional power of a Hallmark card. Of course fruit does not make the news. It’s fruit. Pakistan is imploding.

In the essays in “Life,” Hamid has a tendency to forego descriptions—of places, of people, of events. This makes the prose seem generic and almost false. We expect a certain level of descriptive detail, a reasonable amount of “showing,” instead of a series of beige, assertive sentences. “On Fatherhood,” for example, ends with, “But ever since that second half hour of her life, I felt [my daughter] and I shared a bond. She had bumped me out of the center of my world. I’d become a baby person, and it felt good, better than what had come before.” The reader, however, has no real reason to believe this. None of the essay’s previous two pages implied that this was the case or showed why it should be the case. The entire message of “On Fatherhood” is simply, “I’d become a baby person,” and that is that.

The “Art” section is similarly sparse. We learn that Hamid’s favorite book is Pereira Declares by Antonio Tabucchi. “Without Pereira, my own second novel would not have been written as it is. For that, and for the pleasure Pereira has repeatedly given me, I am deeply grateful.” Fin. We also learn a bit about why and how Hamid wrote his previous books. He has a tendency to contextualize his essays in relation to his novels (“The year before I published my second novel, The Reluctant Fundamentalist…”) and every time he does this he writes the novel’s whole title. This eventually feels like repeated self-referential name-dropping, like he is a Pokémon with a pen.

We learn that Hamid occasionally rereads books, that he likes Haruki Murakami, and that “we’re born with an in-built capacity for language.” I spent a long time looking at “in-built.” Several essays have titles that prepare the reader for Hamid to take a stance on some interesting questions, like, “Are We Too Concerned That Characters Be ‘Likable’?” and “How Do E-Books Change the Reading Experience?” In response to the first, Hamid seems to say that we kind of are. In response to the second question, he compares in maybe 300 words the virtues of the screen and the printed page. “Nonetheless, often I prefer reading to e-reading. Or rather, given that the dominance of paper can no longer be assumed, p-reading to e-.” The final paragraph is where we see the emergence of the imperative tone (“we must engage in a kind of struggle”) that will characterize every essay in the “Politics” section.

Hamid clearly knows quite a bit about Pakistan. He is also smart about international politics and the roots of terrorism. He is at his best when he describes the work of others on these subjects, as he does in “Why They Get Pakistan Wrong” and “Why Drones Don’t Help,” the two most successful pieces in Discontent and Its Civilizations. The rest of the essays, however, amount to mere lists of what Hamid thinks we must do to overcome the various scourges of our global lives. “Americans must consider the consequences of projecting a war film onto what is not a blank screen at all”; “What Pakistan needs is compromise”; “We must try the alternative: a return to democracy”; “Pakistanis must realize that we have been our own worst enemies”; “Barack Hussein Obama has been elected president of the United States, not president of some world government. But his morality must be rooted primarily in his humanity, not in his office”; “The world needs to lend a hand, shedding the pretense that no dispute over Kashmir exists.” The collection’s final third seems like Hamid’s entrée into a career in politics.

Which is not to say that he is wrong in what he advocates. His commentary is timely, astute, and useful, especially for a Western audience. He is right to remind us, as he does, that “Islam is not a monolith,” and that Pakistan is a large, dynamic country with a long history and a complex present. Beyond that, however, Hamid seems prepared only to make brief inquiries into subjects, whether in art, politics, or his own life, before shying away. The title essay is perhaps indicative of what a more prolonged swim would produce. In it, Hamid maintains that the entire idea of disparate civilizations is nonsense. “Civilizations are illusory. But they are useful illusions. They allow us to deny our common humanity, to allocate power, resources, and rights in ways repugnantly discriminatory.” Never mind the fact that he is using “civilization,” a term that refers to, well, civilization, in place of more appropriate words like “nation,” “community,” or “border.” The essay is another iteration of the tired idea that nothing really separates us, that all the things we perceive as markers of difference are really just cutaneous and fake, and it comes complete with the requisite chiasmic logic: “Our civilizations do not cause us to clash. No, our clashing allows us to pretend we belong to civilizations.”

This is dangerously close to meaningless. The idea Hamid struggles to express—a sort of “Why can’t we all just get along?”—has the same depth of understanding as the reminder that money is actually just paper, or whatever other stoned revelation you can think of. The truth is that “civilizations” may be illusory in a certain sense, but in our world they are not. They are real. So is culture, so are communities. The endtimes scenario in which all people are the same color and “the power of love overcomes the love of power” ignores in one fell swoop everything we understand as our defining characteristics and our identities. That does not mean that racism is correct, but it does mean that in, say, the United States, living as a black person and living as a white person are two very different things. Not to mention the fact that Hamid’s simplistic summation ignores linguistic difference. This line of thinking considers sectarian conflict absurd and baseless, i.e. “If aliens looked at the way we act, it would make no sense to them!” But that is because they’re aliens and they don’t live on earth. On earth, even though there may be no functional, physical, visible difference between Hutus and Tutsis or between Sunnis and Shias or between Protestants and Catholics, there still is a difference, one that many millions of people take very seriously, whether you agree to recognize it or not, and one that cannot be dissolved by saying it’s imaginary or fake or silly.