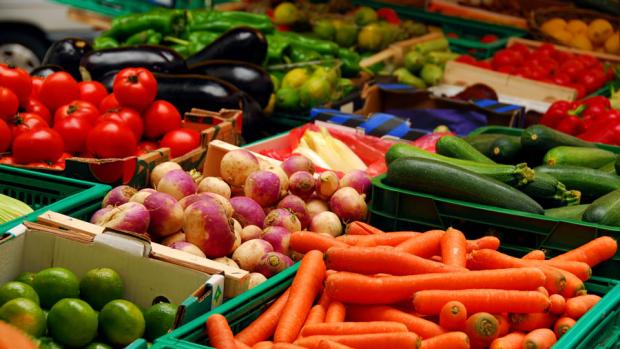 Call it the reverse field trip: Buffalo Public Schools have gotten one step closer to bringing the farm to Buffalo students.

At a Monday press conference, BPS officials joined Congressman Brian Higgins and Board of Education member Jay McCarthy in announcing the reception of a $45,000 grant from the USDA aimed at developing a strategy to integrate locally-sourced foods into the diets of students with a farm-to-schools initiative.

Buffalo Public Schools Director of Food Services, Bridget O’Brien Wood, stated that “We are constantly working to educate our students about proper nutrition, along with providing them healthy local options. This planning grant will help bring local producers and consumers together in a way that will be meaningful to our students. I can see this as the beginning of a new appreciation among students toward lifelong good eating habits and an awareness and respect for local food production in which they will play an important role.”

O’Brien Wood told The Public that the district spends about $1 million annually on produce and is interested in finding a way through this grant to reallocate as much of this budget a fiscally possible to locally-sourced foods.

The grant is the result of years of work undertaken cooperatively by the district, the Massachusetts Avenue Project, the Cornell Cooperative Extension, the Buffalo Niagara Medical Campus, BPS students themselves, and elected officials. The $45,000 grant, one of 82 that were awarded nationally, gives the same groups about a year to solve the logistical problems that occur in a growing area that counts the winter of 2015 as one of its obstacles.

Diane Held, of the Cornell Cooperative Extension told The Public that in years past these obstacles have included the 2013 premature thaw that severely affected the apple crop and also equipment failure that prevented one farmer from getting their crops delivered to the district’s commissary. “Seasonality is not on our side,” added Cheryl Thayer, also of the Cornell Cooperative Extension. But if they can focus on produce that can be stored for the winter months, including cabbage, broccoli, apples, potatoes, and onions and possibly invest in a blast freezer that can yield produce ready for bagged freezer storage, the possibilities extend somewhat.”

The folks involved in the planning grant aren’t limiting themselves to produce. “We’re also looking at the possibility of adding proteins and grains as well,” Thayer added.

Another possible logistical solution has appeared on the horizon in the form of the Eden Valley Growers in Eden, NY. It’s hard to get enough produce from smaller farms to feed the 30,000 students in the system on a daily basis, but the cooperative hub in Eden is of prime interest for the members of the planning grant.

Stars of the show were two students who by working on the Youth Advisors Council (YAC) for this program have dug in to the political process and helped steer the ship towards sustainable and healthy food programs. International Prep sophomore Khadijah Hussein explained that she got into the YAC because “I like to set goals and accomplish them and our goal is to get salad bars at each public school.” Hussein added that MAP’s Youth Education Director Rebekah Williams was instrumental in getting her involved in the process.

Leonardo Da Vinci junior Benjamin Hough described his participation as an education in the cooperative process, where opinions collide before any progress is made, “I’ve learned patience and how to deal with people.”