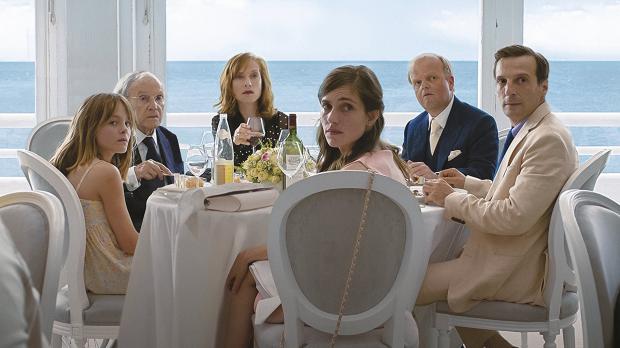 by
M. Faust
/ Feb. 20, 2018 6pm EST
“We’re punished for nothing we’ve done, but for who we are,” says Rachel (Charlotte Vega) to her twin brother Edward (Bill Milner). It is 1920, and they have spent their entire lives in the family estate, a huge but crumbling old house in rural Ireland. For the past four years they have been alone, the last of the family since their parents committed suicide in the nearby lake.

As their 18th birthday approaches, Rachel yearns to get away and explore the world outside of this house. But to do that risks incurring punishment from what the family has always called “the lodgers.”

Filmed in Ireland, The Lodgers is a classically Gothic horror story that keeps as much hidden as it reveals. As were their forebears, who came here from England, Rachel and Edward are bound by a trio of rules: They must be in bed with their doors locked by midnight; they must never bring a stranger into the house; and they must never abandon their home. If we never know the exact origin or nature of the lodgers, there’s plenty to contemplate. Do they have to do with tensions between the Irish and the British? Or with social class, clearly an issue with the townspeople who tended to their needs until the family trust began to run dry?

Presumably filmed on a modest budget, The Lodgers gains immeasurably from the filmmaker’s ability to shoot in Loftus Hall, a 700-year-old house in the south of Ireland. (It claims to be haunted, but what building that old doesn’t?) Director Brian O’Malley (Let Us Prey) matches his setting with suitable sound effects and a properly creepy finale. It plays this week at the Screening Room.

The title presumably dripping with irony, Happy End also asks its viewers to connect the spaces between the dots. But it’s not entirely clear to me that that actually gets you anywhere. Writer-director Michael Haneke is famous for not believing that audience pleasure in any traditional sense is a suitable goal for a filmmaker, even if his most recent features—Amour, The White Ribbon—have seemed to show him inching toward the mainstream. (One would never want to go so far as to accuse the Austrian auteur, who is now 75, of mellowing.)

Happy End tracks an uncertain period of time in the history of a bourgeois extended family living, mostly in the same mansion, in the Calais area of France. Among the members are Georges (Jean-Louis Trintignant), the elderly paterfamilias whose wish to die is continually frustrated; Anne (Isabelle Huppert), who runs the family’s construction business; her brother Thomas (Mathieu Kassovitz), a surgeon; and young folk whose unhappiness is our primary key that something is rotten in this clan. Significent incidents mostly occur offscreen; when we do so them, as when Georges takes to the street in his wheelchair, it’s impossible to gauge their meaning. Haneke has a firm enough grip on the traditional tools of making movies that you remain involved through two hours of this even if you’re never quite sure what it is that you’re watching. It opens Friday at the Dipson Amherst Theater.