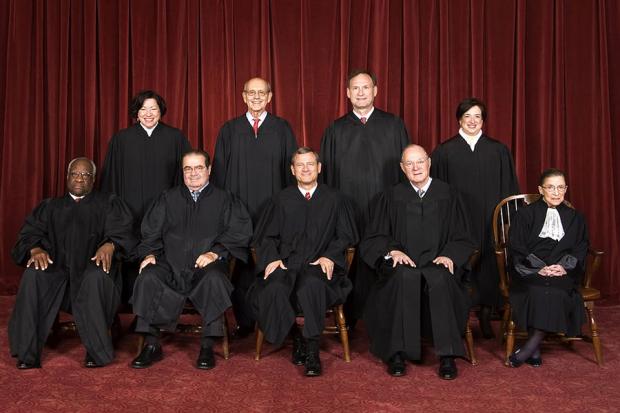 With the advent of the internet and platforms such as Facebook, Twitter, and Instagram, the definition of free speech has become something close to uninhibited expression via loudspeaker for every man, woman, and child. But at what point does this free expression cross the line and become a federal crime? Does the addition of an internet platform, or various internet platforms, change the constitutional protections? The US Supreme Court is about to explore that question.

The recent case of Elonis v. United States, which the Supreme Court has not yet decided, will look at a man convicted of making online threats against his former wife, against an FBI officer who interviewed him, against a local kindergarten, and against law enforcement. In all four cases, Anthony Elonis made the threats as posts on his Facebook page.

The threats were graphic and disturbing. For example, threats to the former wife included: “Fold up your [protective order] and put it in your pocket. Is it thick enough to stop a bullet?” After a visit from a local FBI agent that was investigating the threats, Elonis posted that it “Took all the strength I had not to slit her throat.” He also threatened a mass school shooting: “enough elementary schools in a ten mile radius to initiate the most heinous school shooting ever imagined. And hell hath no fury like a crazy man in a kindergarten class.”

Elonis was convicted of four counts of violating a federal criminal statute, 18 U.S.C. S875(c), transmitting a communication intended to threaten another. His conviction came despite his creative arguments that he was an aspiring rapper—think Eminem—and just posting lyrics. He appealed the conviction.

Currently, to convict on the charge, the prosecution must establish that a reasonable person would interpret the communication as a threat. Elonis’s lawyers argued that, instead, the standard should be whether he intended that his posts be taken as a threat. Proving intent would be a much higher standard and would thereby make it more difficult to convict.

Context is everything when it comes to threats and stalking. Verbal context is easy to gauge—the tone of voice can be factual evidence of intent. But, when it comes to social media, how does one measure context? Should the law accommodate for media in which verbal cues are lacking? What exactly is the legal standard of proof to determine when a rant goes from offensive to threatening? This question is not easy to answer. The stakes are high.

If the federal government gets its way, the “reasonable person” standard would prevail: If “a reasonable person” would interpret an online rant as a threat that should be good enough to convict. The other consideration is changing the standard to one of specific intent. There is also room for other possibilities that lay somewhere between the two positions. Should “purpose” count? Is “knowledge” enough? What about “recklessness”? The concern in not adopting the specific intent standard is that innocent online speech—including venting, ranting, and expressing strong opinions—may be criminalized as threatening conduct.

Currently, the language of the federal law, applied literally, criminalizes any threat to harm someone else. The Supreme Court has interpreted this language to apply only to “true threats.” But what then is a “true threat”?

During oral argument on the issue, Justice Elena Kagan mentioned creating a “buffer zone” of sorts between the First Amendment and criminal activity. Attorneys for the government argued that criminal threats do not, and should not, have First Amendment protection.

Justice Antonin Scalia, ignoring the First Amendment’s protection of offensive speech, suggested that “a lot of language” used in the Facebook postings in this case “was not worth a lot, anyway.”

Justice Samuel A. Alito, Jr., told the attorney for Elonis that he effectively laid out “a roadmap for putting a spouse in fear” by defending Elonis’s Facebook rants and by suggesting that protecting this type of speech posed “a very grave threat of domestic violence.”

Justice Roberts framed the issue simply: When does communication cross the line into being an illegal threat? To address this issue, Roberts cited lyrics from rap artist Eminem in which he asks his daughter to help push her mother, his ex-wife, into a lake with a rope and rock tied around her neck and foot. Roberts posed a question to the government: Is Eminem to be prosecuted for those lines?

In the past, the Supreme Court has erred on the side of the free speech afforded by the Constitution: They’ve protected the right to protest at the funeral of a fallen soldier, the right to lie about one’s military record, video games with violence for children, and the right to make videos of dog fights. Will SCOTUS protect your right to rant on Facebook? Stay tuned.