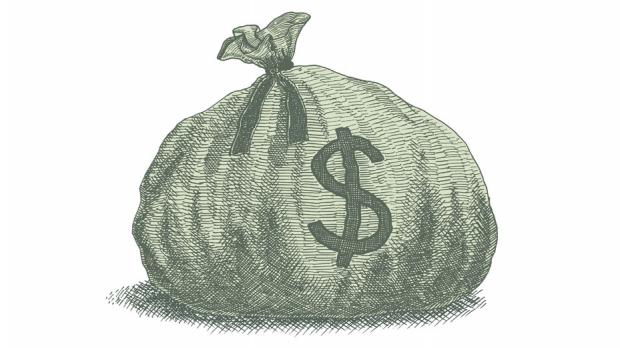 Of the $50.2 billion in personal income that came to people in Erie and Niagara Counties in 2013, a little over $10.4 billion came in the from the government—mainly Social Security and Medicare for elderly people, plus Medicaid for the very poor, plus an alphabet soup of income-support programs, including disability payments, veterans’ benefits, the Earned Income Tax Credit, unemployment insurance, and more. Over the past 20 years, the data from the Bureau of Economic Analysis show that normally about a fifth of all income here comes from federal and state government programs.

These government transfers are not gifts: Workers pay into the Social Security and Medicare trust funds, and, after 45 years or so of paying, they and their spouses become eligible to make withdrawals from those accounts. And Medicare and Medicaid don’t actually arrive as cash income to the covered, but as reimbursements to the $4.5 billion local healthcare industry.

What we’re talking about is that most complex of issues: the long-term effect of President Franklin Delano Roosevelt’s most enduring policy enactment—the plan that prevented old people from slipping into the abject poverty that was the norm, before 1935, for those who had aged out of the workforce.

Around Buffalo, where the conversation today is mainly about how bright our economic future is due to the Buffalo Billion and all the new publicly funded construction downtown, there isn’t much mention of the established patterns of our economy.

Surveys by various think tanks find, again and again, that Millennials don’t think about Social Security or private pensions. But as the economic-development inputs here come on line, it’s time to take notice: Will the jobs of tomorrow carry the same enduring weight for the region that yesterday’s jobs did?

Adding to the $10 billion in transfer payments from government is another, more direct government input: the wages and salaries of current government employees. About 24 percent of the total income derived from work in the Buffalo-Niagara Falls metropolitan area is paid to teachers, public safety officers, college professors, social workers, weather forecasters, snowplow drivers, and other workers whose employers are the federal, state, and local governments. All told, they comprise about 100,000 of the 550,000 workers in the two-county area.

And, being public employees, they have an economic relevance beyond their current paychecks: They are all contributing to pension systems that will pay out when they leave active duty.

The problem for the rest of this area’s workforce is that a smaller and smaller number of employees has what public employees today have, and what industrial employees used to have: pensions that will augment their Social Security retirement income.

It’s hard to come up with the numbers on how much money former steelworkers, auto workers, nurses, and other unionized private-sector workers are contributing to the regional economy.It’s a dynamic situation: Some of those retirees were stripped of their private pensions, some kept them. Public-sector pensions remain, with lists available of who is drawing exactly what. (Newsday, the Long Island newspaper, published a listing of more than 350,000 public pensioners’ annual draw from the various New York State systems.) We can track Social Security payments to the nickel.

What we do know is this: Without private pensions, the profile of discretionary disposable income around here will change radically in the next 10 years as the Boomers, the last of the workforce to have private pensions in any significant numbers, start to go the way of all flesh.

The Buffalo economy of the industrial age is gone…except that its legacy continues to pay our collective bills through transfer payments, pensions, and through the marvel of high ratios of discretionary, disposable income thanks to the low cost of housing here.

That’s why Buffalo and other Rust Belt cities enjoy such a robust entertainment sector, as various national and major-market media seem to have just discovered. Restaurateurs, cultural venues, and other market-conscious business types are wise to track the supply of elderly and near-elderly people here and in other places where big factories once pumped out retirees with nice pensions, and where public employment guarantees 20 percent of the workforce a very secure retirement. To widespread pension security add the phenomenon of the paid-off house, and voilà: Even without an uptick of child-free, urban-trending Millennials, the coffee shops, saloons, boutique eateries, fromageries, artisanal olive oil shops, farmers markets, and high-ticket restaurants are going to be doing good business. Look around you at the next play, symphony concert, jazz festival, or rock concert: The people with the money for tickets have a certain grayish tinge about them.

Retiree money is critical to several sectors here, because for current workers, for the not-yet retired, there are tectonic shifts underway.

Sources of income are changing

The biggest private-sector sources of income here these days are quite different than just a decade ago. In the year of the 9/11 attack, manufacturing jobs provided 20 percent of all the wages paid to working people here. In 2013, manufacturing provided only 12.4 percent. But bank employees, managers, administrators, and hospital and healthcare workers have seen their pay grow, slightly, to be more important in the region. Construction work, IT, transportation, and both wholesale and retail have all inched downward in importance. Earnings from work in scientific and technical jobs are up overall and also as a share of total compensation. And though hospitality and food-service jobs are more numerous than they were, the pay in those trades is small; in the aggregate, the share of income paid to servers looks even lower when compared to the pay of construction workers, whom servers now outnumber by a lot.

The gist: So long as there is a decent supply of elderly people bringing Social Security and Medicare benefits in, and so long as there is some steady pay for civil servants, the Western New York economy has a baseline of income stability.

But what’s happening in faraway Albany and in ever-more-distant Washington is putting regional economic stability at risk.

At its height as a manufacturing center in the mid-1950s, Buffalo alone had more than 225,000 people (out of a workforce of 600,000+) working in what the economists bloodlessly refer to as the “goods-producing” sector. Today, manufacturing here is small and shrinking fast, and wages are under pressure. Benefits? Post-employment benefits especially are in short supply. The norm for employers today is not to provide pensions.

And now, even the State of New York is balking at budgeting all the money needed to keep public-employee pensions fully funded, notwithstanding the scary-big numbers coming out of Wall Street since the Obama recovery picked up steam last year. The state is on the hook to pay the pensioners, but would prefer not to pay it all forward just now.

The move to create a Tier 6 for new state and municipal employees makes sense from a budget-preparer’s perspective, but within it lies peril for New York’s smaller and medium-sized cities and metros that rely heavily on retiree income. It’s simple, really: If retired people have less money, then they’ll have less to spend, and then poof! There goes your streetscape renaissance and your restaurant flowering.

Worse, the State of New York is also pushing hard, very hard, with elected officials as distant as Andrew Cuomo joining Carl Paladino in urging more, more, even more charter schools to come into being—even in Buffalo, where over $1.4 billion in New York’s money was invested in aging Buffalo school structures, such that today, they are palaces of techno-sophistication and new functionality. What does a charter school have that the newly refreshed old BPS building lack? Simply this: A charter school employs people who have smaller, less generous, or even non-existent pensions than do the teachers who get all those benefits—government benefits—that they turn around and put back into the regional economy.

Be careful what you wish for

The great stability that public pensions for public employees, plus Social Security and other transfer payments for private-sector employees, is a fragile thing.

The income statistics for 2008-2010, the years of greatest dislocation during the Great Recession, tell the story. As private-sector incomes evaporated, the overall share of total income attributable to pensions and other transfer payments spiked. From around 19.9 percent of total compensation before Lehman Brothers fell in September 2008, pension and other transfer payments jumped to more than 22.4 percent of total income. This was not a big jump in absolute dollars—but as the rest of income fell, as more than 30,000 people in Western New York left the workforce, suddenly, the importance of those retirement transfer payments soared.

We’re talking billions and billions of dollars here. If retirees tomorrow don’t have the funds that today’s do, then our regional economy will suffer.

But let’s not lose sight of the other trends, either, the biggest of which is income polarisation regardless of age. Once again, the waters are muddying because of a brand-new, widely publicised study purporting to show that the richest among us are not actually getting rich. A George Washington University economist is arguing, against all evidence, that income inequality isn’t rising.

Nonsense. Income inequality has been and continues to rise on a 40-year upward trendline, notwithstanding blips due to the pace of cash-ins of stocks and fluctuations in the valuations of portfolios. Wealth inequality is rising without blips. The key reason is that the very slim sliver of the American population that owns financial assets gets to decide when to cash investments in, without the pressure of having to pay for groceries or heat or medicine out of savings or capital gains.

Luckily for us, we get to enjoy the endowments that previous generations of well-off, savings-minded, investment-minded industrial workers bequeathed. Without continued robust public employment that includes pensions, plus a renewal of the retirement benefits of private sector workers, the only place to get the economy-sustaining, culture-building, institution-preserving money we’re used to seeing will be from the very, very rich.

Good luck with that.