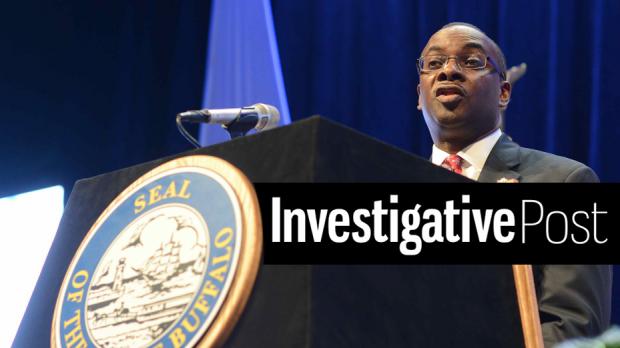 Erie County Health Commissioner Gale Burstein said the other day that lead poisoning is the biggest health risk facing young children in the city. She’s been saying for some time that her department could use help in dealing with the problem, which data suggests might be getting worse in Buffalo’s inner-city.

Mayor Byron Brown responded last week by saying she should not count on City Hall for any additional help. He effectively said, “It’s not our job.”

Yeah, I know, pretty tone-deaf, especially in light of what’s going on in Flint, and the national awakening it has prompted when it comes to the danger of lead.

Nicholas Kristof, in a recent column in the New York Times, wrote:

In Flint, 4.9 percent of children tested for lead turned out to have elevated levels. That’s inexcusable. But in 2014 in New York State outside of New York City, the figure was 6.7 percent.

And where do you think Ground Zero of upstate’s lead problem is located? Yes, Buffalo.

I’m not saying Brown doesn’t care about the problem. But he’s not doing anything to deal with it, other than the same-old, same-old that clearly hasn’t been working.

Then again, doing nothing is very much in keeping with his governing style, which is to avoid dealing with the tough problems. Take city schools, for example. The mayor’s idea of helping out is buying a few hundred iPads and posing for Say Yes billboards.

Nevertheless, I find the mayor’s inaction on lead a head scratcher. I mean, there’s certainly a clear-cut problem, and who could be against implementing a solution?

Investigative Post’s Dan Telvock has reported over the past 15 months:

Brown, in an interview with Investigative Post last July, said he was only now hearing that the county felt it could use a hand. He told Telvock, “We certainly would be responsive to working with the county if they reached out to us.”

Since then, the mayor hasn’t done squat. No call to the county and no response to a letter sent January 14 by the state’s associate health commissioner on behalf of Burstein suggesting a meeting to discuss the matter.

Instead, in an interview last week with Telvock, the mayor, while saying he was “deeply concerned” with lead poisoning, expressed no interest in getting the city more involved.

“The city does all the functions that it is responsible for to help with this issue,” he said.

And what functions might those be? Demolishing vacant houses and being among the partners in the Green and Healthy Homes program which has addressed lead hazards in just one percent of the city’s at-risk housing units since its inception in 2009. To repeat: one percent.

That, folks, is it. In response to the biggest public health threat facing city children.

The Brown administration has spent a lot of energy over the past week hyperventilating about our reporting. Hopefully calmer heads are now at work figuring out how to deal with the real problem.

If not, the Common Council may force Brown’s hand. Three members, including President Darius Pridgen, told Dave McKinley of WGRZ last week that the city has to get off the sidelines.

Another Council member, Chris Scanlon, has been hootin’ and hollerin’ for months in an effort to get the school district to hire aides to ride shotgun on school buses. He’s concerned about the safety of students after reports of a couple of assaults. Lead poisoning poses a much greater threat to children, with hundreds of them diagnosed with elevated levels every year.

So, with all due respect, Mr. Scanlon, if you want to protect city school children, put your efforts into getting the lead out. And I don’t mean Zeppelin.

Doing so isn’t rocket science. Rochester, just an hour or so down the Thruway, has a pretty good program in place. Telvock reported the details here, but, in a nutshell, the city and county throw a lot of inspectors at the problem and periodically test the interiors of all rental properties for lead as a precondition for issuing a certificate of occupancy.

The result: The number of inspections have soared and the number of children testing positive for lead has dropped.

Brown last week dismissed any comparison with Rochester when Telvock mentioned its program, likening it to apples and oranges. The only difference I see is action in Rochester and dawdling in Buffalo.

And that, folks, isn’t an apple or an orange. It’s an outrage.

Jim Heaney is founder and editor of Investigative Post, a nonprofit investigative reporting center dedicated to issues affecting Western New York. Its partners include The Public, WGRZ TV 2 On Yor Side, WBFO 88.7 FM, and The Capital Pressroom.