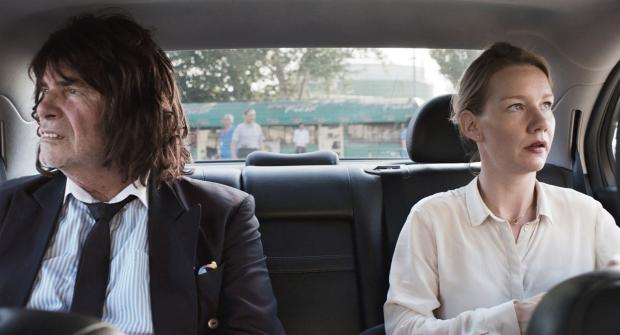 At the Toronto International Film Festival last September, one of the films I most missed seeing was Toni Erdmann, from Germany. It seemed that everyone I knew who was there saw it and loved it. Anticipation continued to grow for it over the months, as it started amassing critics awards and almost unanimous praise. The review aggregator MetaCritic gives it a 94/100, with a substantial number of reviews ranking it 100 percent. It is a nominee for this year’s Oscar for Best Foreign Language Film.

I finally got to see it when the distributor previewed it here a few weeks ago. To say the least, I didn’t get it.

I don’t labor under the illusion that any of you kind readers make your decisions what movies to see based on what I have to say. My hope is that on occasion I can alert you to a movie you might not otherwise have known about that you will enjoy; aside from that, I’m offering my opinions to bounce off of your own. I certainly don’t want to talk you out of seeing a film that you want to see. So if you have been looking forward to Toni Erdmann, by all means see it. I didn’t like it, but pretty much everyone else writing about movies seems to think it’s just the bee’s knees.

Here is the plot summary provided by the film’s distributor:

Winfried (Peter Simonischek) doesn’t see much of his working daughter Ines (Sandra Hüller). The suddenly student-less music teacher decides to surprise her with a visit after the death of his old dog. It’s an awkward move because serious career woman Ines is working on an important project as a corporate strategist in Bucharest. The geographical change doesn’t help the two to see more eye to eye. Practical joker Winfried loves to annoy his daughter with corny pranks. What’s worse are his little jabs at her routine lifestyle of long meetings, hotel bars and performance reports. Father and daughter reach an impasse, and Winfried agrees to return home to Germany. Enter flashy Toni Erdmann: Winfried’s smooth-talking alter ego. Disguised in a tacky suit, weird wig and even weirder fake teeth, Toni barges into Ines’ professional life, claiming to be her CEO’s life coach. As Toni, Winfried is bolder and doesn’t hold back, but Ines meets the challenge. The harder they push, the closer they become. In all the madness, Ines begins to understand that her eccentric father might deserve some place in her life after all.

You now know more about the movie than I did going into it. I offer that because it does more to explain what the movie is apparently about than anything I experienced. The movie I saw felt slack, unclearly motivated and uncertain, as if composed of a number of scenes with no clear through line. There is no musical score, and while music is too often a crutch for lazy filmmaking, in some cases it’s useful crutch. It never seems to me that Winfried had any kind of plan for his daughter; he just seemed like a lonely old guy with an annoying sense of humor. Ines’ character seemed just as vague.

The film runs for two hours and 40 minutes, and is filled with dead-end scenes, as well as shots that are held longer than necessary. There’s a sex scene that seems to have no function other than to gross out the audience—it certainly doesn’t seem in keeping with Ines’s character, what little of it there is.

I could keep going on, but I’m probably embarrassing myself. Go see it. Enjoy it—many of the reviewers call it “jaw-achingly funny,” or words to that extent, and if there wasn’t much laughter at the screening I was at it could be because there were only a few people there. I hope you like it; if you get a chance, drop me a line and tell me what I missed.

Playing at the Screening Room this week, XX is an anthology comprised of four short horror films, all directed by women. The segments are linked by animated sequences in the mode of the Brothers Quay, contributed by another female filmmaker, Sofia Carrillo.

As is usually the case with these collections, the best films are at the beginning and end. In Jovanka Vukovic’s “The Box,” based on a story by Jack Ketchum, a mother watches as first her young son and then the rest of her family contract a symptom that causes them to stop eating. The concluding “Her Only Living Son,” by Toronto’s Karyn Kusma, namechecks a few famous horror films from the 60s and 70s while putting an original spin on a tale of demonic paternity.

Annie Clark, a.k.a. musician St. Vincent, contributes the weakest segment, the satirical “The Birthday Party,” with Melanie Lynsky as a mother who is not going to let death ruin her daughter’s celebration. “Don’t Fall,” by Roxanne Benjamin, is the only short not about motherhood. A tale of four hikers who encounter a monster in the desert, it could get her a job directing a horror feature, but it’s pretty by the numbers.