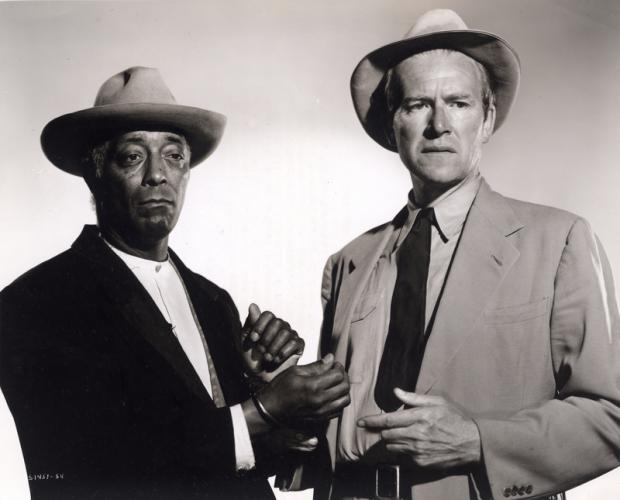 On a summer evening in 1919, fourteen-year-old Henry Fonda had a terrifying, soul-searing experience. That night, the future Hollywood star and portrayer of American virtue (Young Mr. Lincoln, Grapes of Wrath, Mr. Roberts) was taken by his father from their quiet Omaha, Nebraska neighborhood to the father’s downtown office, where, from a second-floor window, the youngster watched a lynch mob take a young black man accused of molesting a white woman from the jail and hang him. When the mayor tried to intervene, some of the mob tried to hang him.

Over half a century later, when Fonda publically related these events, he speculated that his father, far from countenancing this murderous frenzy, was trying to teach his son some of the uglier facts of life. Over two decades afterward, Fonda starred in an anti-lynching movie, The Ox-Bow Incident. By one widely cited estimate, in the seventy years leading up to the mid-1960s, there were more than 4,700 lynchings in this country, and almost three-quarters of the victims were black males.

In this Black History Month it may be especially appropriate to see a long-forgotten movie, Intruder In the Dust, about, among other things, race and mob justice. Very few American movies have been concerned with the history of white-racist suppression and violence against African-Americans. But this obscure film merits attention for more than historical reasons. It’s also a crack piece of movie craft and art whose obscurity is ill-deserved.

Intruder was adapted from eventual Nobelist William Faulkner’s 1948 novel of the same name, the author’s first commercial success in years, years partly spent in Hollywood script writing because he needed the money. Faulkner didn’t write this movie, however, which was probably just as well. It’s the product of scripter Ben Maddow, director Clarence Brown and cinematographer Robert Surtees, and it’s by far the most successful of the various Faulkner adaptations. The novel is a combination whodunit and coming-of-age story, informed by a point-of-view about US race relations, circa 1948. It’s probably the most accessible of Faulkner’s books, with the possible exception of his last, The Reivers (which is regarded somewhat skeptically by critics). The success of the transfer to the screen owes much to the book’s roots in popular genres.

Intruder concerns white sixteen-year-old Mississippian, Chick Mallison (Claude Jarman Jr.) who is reluctantly compelled to attempt to prevent a black man from being lynched, a man to whom he finds himself indebted, Lucas Beauchamp (a marvelous Juano Hernandez). This is a morally unacceptable situation for the well-bred, upper class Chick. It eats at him. The debt probably amounts to less than a dollar, but because the poor sixtyish Lucas persists in treating the matter as a trifling favor rendered rather than a reimbursable service to a socially and racially superior white boy, Chick feels both angry and shamed.

Lucas doesn’t conform to the prescribed personality and role for southern blacks. He’s quietly aloof and self-sufficient. He’s been able to sustain this independence primarily because he owns a small farm set amid a white plantation and deeded to him by a white first cousin. Lucas is the product of one of the Jim Crow South’s unacknowledged interracial liaisons, which often amounted to white-perpetrated rape. This makes him even more of an affront to white sensibilities. When Lucas is arrested for killing a white man, Chick’s uncle, lawyer Gavin Stevens (David Brian), asks him “…has it ever occurred t you if you just said Mister to white people and said it like you meant it, you might not be sitting here…?” Lucas’ mordant answer strongly suggests he has never been inclined to do this.

In the novel, though not the movie, Chick is younger when he incurs this “debt” than Henry Fonda was on that fateful night in Omaha. Four years later, the accused Lucas has become a problem in ethics for Chick, but as he undertakes to clear him, and prevent his death at the hands of a mob, his motives, sympathies and understanding change. Early on, he tells his uncle, “They’re going to make a nigger out of him, once in his life anyway!” But it really isn’t Lucas he’s angry at, of course. He’s aided in this quest by the young black son of his family’s maid (Elzie Emanuel), his sometime preachifying liberal uncle and an eighty-year-old neighbor lady (Elizabeth Patterson, sharply piquant).

Maddow pared and streamlined Faulkner’s sometimes prolix novel, and still produced a remarkably faithful adaptation. Clarence Brown’s direction was sure, skillfully shaping and propelling the action. Brown (The Yearling, Anna Karenina) was perennially underrated. In scenes where menacing crowds, or merely curious thrill seekers, throng the square outside the jail where Lucas is held, Brown and Surtees employ some tensely uninterrupted panning and tracking shots. The scores of white extras are from Oxford, Mississippi and the surrounding area, where the movie was filmed, and it can be a little unsettling to realize that some of these people must have had some kind of personal knowledge of lynch mob violence. Intruder has an unusually authentic look and feel.

Industry reports have director Carl Franklin (Devil in a Blue Dress) trying to mount a remake of Intruder, but it’s hard to imagine it being better than the first one. In this era of racial controversy and conflict, and the swarming of the Breitbart gang around the Trump administration, the movie has particular value. Perhaps it’s not inappropriate to recall Faulkner’s famous aphorism: “The past isn’t dead. It isn’t even past.”

A remastered DVD of Intruder in the Dust is available from the Warner Archive Collection. It can also be streamed on YouTube, iTunes and Google Play.