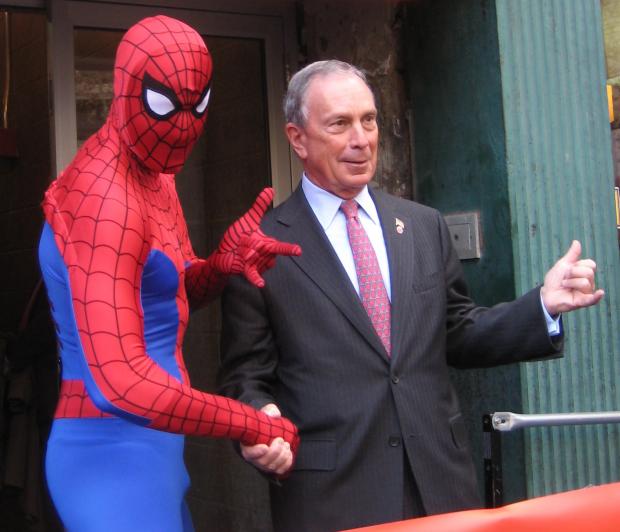 The Green New Deal proposed by the likes of US Representative Alexandria Ocasio-Cortez and the Sunrise Movement has dominated national discussion of climate policy over the past month. It’s an ambitious idea that pushes back against decades of neoliberal policy prescriptions—a massive federal jobs program to rapidly decarbonize the United States and promote economic and racial equity.

This makes the Green New Deal directly threatening to some. The fossil fuel industry and conservative politicians are of course opposed to it. And it’s been roundly condemned from the airwaves of Fox News to the pages of the Wall Street Journal.

But there’s another, more subtle source of opposition to the Green New Deal: that of political centrists and professed climate advocates who oppose its radicalism and want to dilute its content so it’s less threatening to the political and economic status quo.

The billionaire business mogul, who is pondering a 2020 presidential run, made headlines last week when he criticized the Green New Deal as unrealistic. “I’m a little bit tired of listening to things that are pie in the sky, that we never are going to pass, are never going to afford,” Bloomberg said. “I think it’s just disingenuous to promote those things. You’ve got to do something that’s practical.” That same day, he announced that he planned to outline his own Green New Deal.

Bloomberg has crafted a reputation for himself as a climate leader. But as we and others have argued, his climate politics are mixed at best.

Bloomberg is on record as an unapologetic advocate of fracking and natural gas. He personally invests his billions in fossils fuels. He is a business libertarian skeptical of government regulation and corporate taxation—a fact no doubt tied to his assertion that a Green New Deal is unaffordable and therefore impractical. (It’s worth noting here that Bloomberg is worth around $48.5 billion).

Now, Bloomberg is trying to discredit the Green New Deal because he opposes its New Deal-style ideas to address the climate crisis and advance social justice—and he’s trying to co-opt the popular idea for his much more conservative approach to climate policy.

Here are some important things to know about Bloomberg’s climate record that should sound an alarm:

Perhaps most of all, Bloomberg is at his core an anti-regulatory business conservative—he’s the 11th richest person alive and he calls himself as an “unrepentant capitalist.” While he supports measures to reduce carbon emissions, he prefers demand-side policies that minimally impinge on corporate power—for example, he backs a carbon tax plan that even Exxon and BP support.  He labels radical climate solutions as impractical, but believes we can solve our climate crisis without directly curbing the power and production of the fossil fuel industry, and while leaving our system, driven by the quest for private corporate profits, fundamentally untouched.

As Naomi Klein has argued, unregulated capitalism—and maybe capitalism itself—is in basic conflict with the kind of transformation we need to avoid climate catastrophe: a historic global effort that involves massive government spending and regulation to rollback the fossil fuel industry and rapidly transition towards renewable energy sources and a world of greater equity. This leans more towards the kinds of ideas that progressive backers of the Green New Deal support—and which Bloomberg hopes to derail.

Derek Seidman is a research analyst at the Public Accountability Initiative. LittleSis, a PAI project, is a free database detailing the connections between powerful people and organizations.