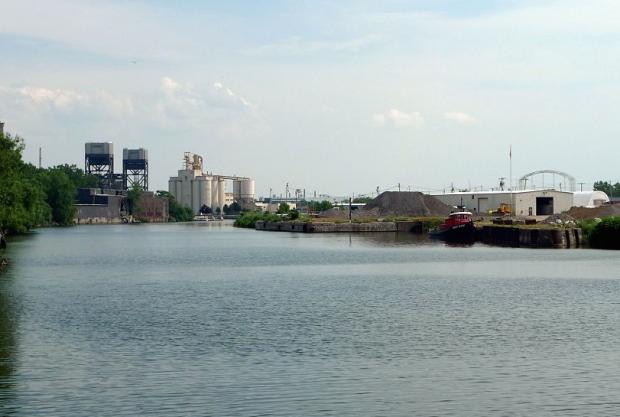 Only half the projects eligible for state aid to improve sewage and drinking water systems received funding in recent years, according to a report issued Thursday.

The problem, according to Environmental Advocates of New York, is that the $200 million a year the state has allocated for the work falls well short of what’s needed.

“Those aren’t the odds we need to protect New York’s drinking water,” said Robert Hayes, the author of the report, during a press call. “But at the moment, there simply isn’t enough funding to go around.”

The state received 92 applications for projects under the program from local governments in Western New York between 2015 and 2017. The state granted $54.5 million to 33 of these projects. Another 26 applications were deemed eligible, but not awarded funding.

Environmental Advocates of New York, an Albany-based non-profit, is calling for $1 billion in annual spending for these types of projects. Even that falls short of meeting the need, which the state estimated in 2008 would cost about $75 billion over twenty years.

New York has one of the oldest and largest water infrastructures systems in the United States. It also has the largest documented need for wastewater infrastructure investments in the nation, according to the US Environmental Protection Agency’s Clean Watersheds Survey.

Many of the water mains in the state are over 100 years old. A water main break can lead to bacteria and other contaminants polluting drinking water. In Erie County, for example, there have been recent water main breaks in the Village of Depew and the Town of Hamburg.

Many of the state’s wastewater treatment plants don’t use technology to remove excessive nutrients from sewage. This can lead to toxic algae blooms, which pose threats to human health such as liver failure, respiratory paralysis and coma. More than 170 water bodies in the state reported harmful algal blooms last year.

Wastewater treatment plants also need to be upgraded to handle larger volumes of water. During heavy rains, untreated wastewater is released into waterways. Last July, during a heavy rain, 16.3 million gallons of sewage were released in Western New York in one night into local creeks, rivers and Lake Erie. A 2016 report form the Environmental Advocates of New York found that 3.8 billion gallons of sewage were discharged into New York’s water bodies between May 2013 and July 2017.

Recognizing that water infrastructure projects could be too expensive for many municipalities, Governor Andrew Cuomo and the state Legislature passed the Water Infrastructure Improvement Act in 2015. It provides grants to local governments for drinking and wastewater improvement projects.

The Environmental Advocates of New York report examined the first three grant cycles, from 2015 through 2017. There’s been a steady increase in the number of both applications and grant awards, and 53 of the state’s 62 counties have received grant funding.

The state allocated about $200 million a year to the program in 2015 and 2016. The following year, Cuomo and the legislature allocated $1 billion to be used over five years.

“There are a large number of fully eligible projects who have filled out all of their paperwork, and whose project designs are sound, that have been unable to receive a grant award,” said Hayes.

Statewide, in 2017, $219.7 million in eligible projects did not receive funding.

“If we are really serious about protecting clean water and putting New York on a path to meeting our enormous water infrastructure needs, the state needs to step up and give much, much more to fund this program,” said Hayes.