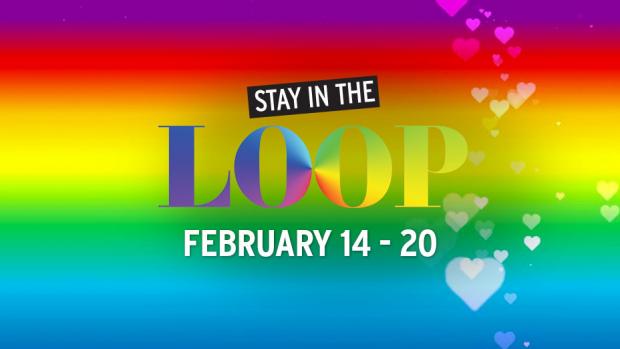 Stay in the loop with this week’s LGBTQ happenings, brought to you by LOOP Magazine.

Beyond Boundaries: I Am Not Your Negro at Burchfield Penney Art Center
7pm to 10pm, 1300 Elmwood Ave.

Anyone that’s already seen it will tell you that Raoul Peck’s 2017 film is one of the most important creative statements ever made about race in America. See the film at this screening and observe a panel discussion afterwards. Written by James Baldwin, directed by Peck, narrated by Samuel L. Jackson.

Check out this trash drag party where perfection is achieved in much different ways than on Drag Race. According the event planners: ” Their fishnets are neon pink and no they did not stone those tights. They barely shaved their legs. They are a BUTCH QUEEN! Prob in drag for the first or eighth time. They don’t care if their lipstick gets smudged, because they didn’t just come here to dance…if you know what I mean. Come dance to the music you wish they played on the gay side of Allen.” Cover is $5.

Marvel is releasing this groundbreaking futuristic film this Friday – see it in this organized group, which puts it in proper context. “Crossroads Collective and PANTHFRICA are uniting for a special screening of Black Panther and a just transition in Buffalo. Come imagine, experience, and be part of the movement towards a regenerative economy and a self-determined future. Introductory remarks by Push Buffalo’s Director of Organizing John Washington II.”

$35.99 per person and includes buffet, bottomless mimosas, and show.