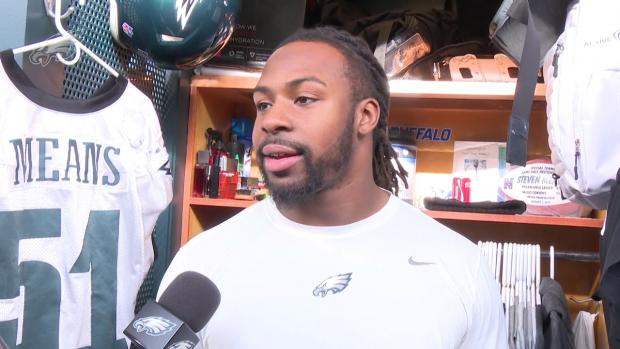 1. Steven Means. Word has it that the Grover Cleveland High School and University at Buffalo product and now Super Bowl champion was in his alma mater Community School 53 the next day after the championship parade in downtown Philly. Means went class to class in the East Side elementary school he moved up from 2004, spreading the love and a huge smile.

2. Mayor Byron Brown. Buffalo’s mayor did the right thing by disbanding the Strike Force. While the decision was apparently made by interim Buffalo Police Commissioner Byron Lockwood, there’s no way Brown didn’t have direct say over what had become one of his police department’s signature strategies. He campaigned on “zero tolerance” policing in 2005 and formed a police unit that would target violent gangs, high grass, and outdated vehicle inspections with the same resources and energy. Let’s hope the wind blowing between Franklin Street and Niagara Square keeps kicking up change and reform.

3. Love. It’s Valentine’s Day. What’s it all for but to love and love fiercely?

1. Democratic Congressional candidate Sean Bunny. And, for that matter, fellow candidates Nick Stankevich and Joan Elizabeth Seamans. Bunny canceled his scheduled appearance at a meet-the-candidate forum this past Sunday, hosted by Sister District of WNY at the Merriweather Library on Buffalo’s East Side. According to a statement he put out jointly with Seamans and Stankevich on social media on Saturday, Bunny canceled because one of the event’s organizers is a partisan of Grand Island supervisor Nate McMurray, who is increasingly the favored candidate in the Democratic derby to take on Republican Congressman Chris Collins in the 27th District. (The event was to be moderated by a nonpartisan Democrat.) Bunny accused that partisan (he called her “a surrogate”) of demonstrating bias, fundraising for McMurray, and trying to poach campaign staff from McMurray’s competitors. Reaction to the cancellation was swift and damning: Candidates are free to call out other candidates, the consensus seemed to be, but calling out Democratic party activists and leveling unsubstantiated claims of untoward behavior (if what he described even qualifies as untoward) is unfair and unseemly, and unproductive in the shared cause of unseating Collins. And who is so thin-skinned, so fearful of being sandbagged, as to cancel a public appearance because some in the audience might not be your supporters? Isn’t that what Collins is famous for?

2. Special marks for Joan Elizabeth Seamans because, while Bunny and Stankevich posted the joint statement to their campaign Facebook accounts, Seamans did not. While Bunny and Stankevich spent Saturday afternoon weathering (and, in Stankevich’s case, responding to) the slings and arrows of fellow Democrats, Seamans was posting links to articles about trickle-down economics and the Trump tax plan. Way to stand united, team.

3. Ironworkers Local No. 6. Good for the Ironworkers Local No. 6 for hosting a rally last Friday in support of workers who were laid off by the Wendt Corporation in Cheektowaga after the workers voted to unionize. Bad that the local at the late last minute asked Erie County Legislator Pat Burke, who was listed on the press release for the event as a featured speaker, not to come to the rally. Why was Burke disinvited? Because the Ironworkers Local No. 6 have endorsed Erik Bohen, the son of the local’s treasurer, to fill the New York State Assembly seat vacated by Mickey Kearns when he became Erie County Clerk. Burke is also seeking that seat. (Burke won the endorsement of there Erie County Democratic Committee for the seat on Monday evening; Bohen may run in the April 24 special election on the Republican and Conservative lines.) To have both candidates at the event would have been, what? A show of solidarity? Of singularity of purpose? Of unity behind the labor movement? Instead, petty politicking prevailed.