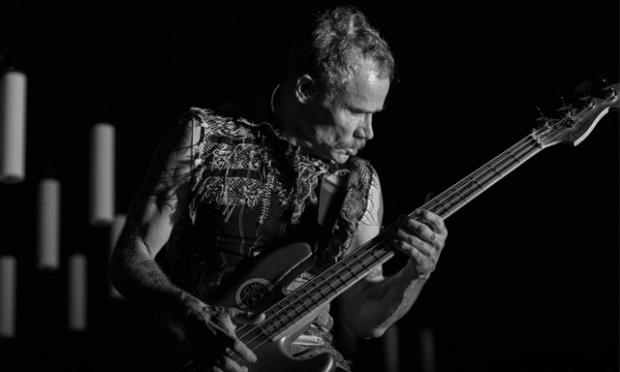 On Saturday, February 10, the Red Hot Chili Peppers took the stage at the KeyBank Center in Buffalo in front of an enthusiastic and excited crowd. Their show included many of the band’s hits from their over 30 year-long career as well as songs from their new album, The Getaway, produced by Nigel Godrich and Dangermouse. The band came out with a rapid fire of three mega-hits in a row, “Can’t Stop,” “Dani California,” and “Scar Tissue,” before moving into material from The Getaway, inluding their new single, the disco-art-punk cut “Dark Necessities.”

Other highlights included “Aeroplane,” “By the Way,” a cover of Iggy Pop and the Stooges hit “Search and Destroy” and their encore, “Give it Away.” Opening band Trombone Shorty impressed too with their mix of originals and covers, and frontman Troy Andrews’ seemingly limiltess lung capacity. Check out our photo gallery from the show, above. All photos by Scott Cordaro.