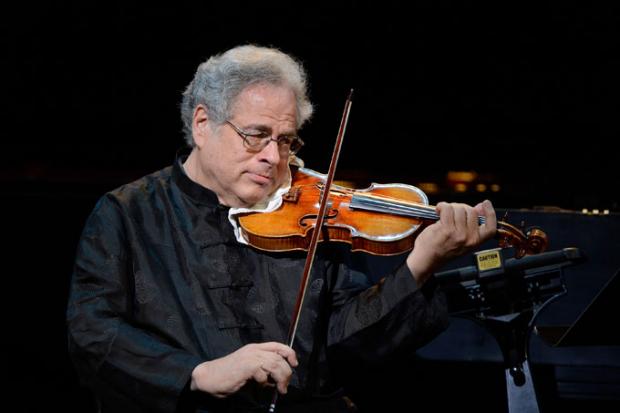 Season after recent season, the Buffalo Philharmonic Orchestra has continually exceeded itself in programming that is groundbreaking and virtuosic, while engaging soloists and guest conductors who shine new light on old favorites and bring new or seldom heard works to the fore. This assessment is even truer regarding the Classics Season that the BPO announced for 2016-2017.

“I believe that this is our most dramatic season ever, and it also presents the most diverse programs we have offered,” says Music Director JoAnn Falletta. “We have a year of magical events that will dazzle our audiences.”

Headlining the star-studded roster of guest performers are violinists Joshua Bell and Itzhak Perlman. Bell, for my money, is the finest violinist of his generation. Any performance of standard repertoire works by him is always a revelatory experience. Hearing him play any of the venerable violin concertos is like hearing it for the first time. On Saturday, September 17, 2016 Bell inaugurates the orchestra’s 78th season by playing Max Bruch’s deliciously romantic Violin Concerto, a brilliant vehicle for a violinist of Joshua Bell’s extraordinary talent, at the BPO’s Opening Night Gala.

Itzhak Perlman is more than just a great violinist and international superstar. He is an ingratiating and powerful personality who is known not just as a musician but also as a cultural ambassador and interlocutor on all subjects musical, engaging audiences throughout the world. Perlman comes to Buffalo after a nine-year hiatus, on Saturday, February 25, 2017, to perform what promises to be startlingly unconventional yet highly compelling program that draws on memorable tunes from classic motion pictures, including Casablanca, Cinema Paradiso, and Schindler’s List. Itzhak Perlman’s appearance is a special concert, not included in the subscription season. However, current subscribers may purchase tickets before they go on sale for the general public.

A major event on December 3 and 4, 2016 is the appearance on the BPO podium Kryzstof Penderecki. The eighty-three year old composer and conductor is known far and wide outside his native Poland, where he has always lived. His Threnody to the Victims of Hiroshima, St. Luke Passion, Polish Requiem and Anaklasis are among his best known pieces out of a body of work that encompasses all musical forms. Here he will conduct his Concerto for Violin and Cello, with Dennis Kim and Roman Mekinulov, the BPO’s Principal Violinist and Cellist respectively, providing the solo honors. Maestro Penderecki will fill out his program with works by Dvorak and Beethoven.

Two series concert pairs, on October 1, 2, 15 and 16 will be devoted to the music of Pyotr Illyich Tchaikovsky, perhaps the most beloved of nineteenth century Russian composers. A soupçon of the greatest moments from his oeuvre, including symphonies, concertos, ballets and operas will be presented, featuring pianist Fabio Bidini and the Cleveland Orchestra’s Principal Cellist Mark Kosower.

Devotées of 1980s rock will remember the Police and its drummer Steward Copeland. Since the group’s breakup Copeland has been branching out musically, and audiences will be surprised and delighted to hear his most recent excursion into the symphonic vein, Tyrant’s Crush. Buffalo gets to hear this work on October 28 and 29, 2016, only six months after its world premiere in Pittsburgh.

Following up on their successful collaboration last March with Beethoven’s Incidential Music to Egmont, Irish Classical Theatre Company teams up with the BPO again for three performances on January 20, 21, and 22 of Peter Shaffer’s award-winning play and film, Amadeus. Based on a highly fictionalized account of the relationship between Wolfgang Mozart and Antonio Salieri, the lives and passions of both men are portrayed incisively in Shaffer’s script and reflected movingly with the music of the great genius that was Mozart.

Other major attractions: March 10 and 11, 2017: superlative organist Cameron Carpenter will rock Kleinhans Music Hall with Francis Poulenc’s Concerto for Organ, Timpani and Strings and Camille Saint-Saëns Symphony No. 3 “Organ”. May 6 and 7, 2017: The BPO explores the incredibly intense sound-world of Richard Wagner through excerpts from his magisterial Ring Cycle. March 22, 25 and 26, 2017, acclaimed Bach interpreter Angela Hewett will be in residence at Kleinhans for a master class and recital featuring the Goldberg Variations on that Wednesday, and soloist in two Bach piano concertos Saturday and Sunday. February 18 and 19, 2017: German Requiem by Johannes Brahms, featuring the Buffalo Philharmonic Chorus and soloists. November 11 and 12, 2016: Hear the American premiere of Helge Evju’s reconstruction of Edvard Grieg’s unfinished Piano Concerto No. 2, performed by Carl Peterson.

To see the Buffalo Philharmonic Orchestra’s schedule for the remainder of this season as well as next, go to bpo.org. Call 885-5000 for subscription and ticket information.