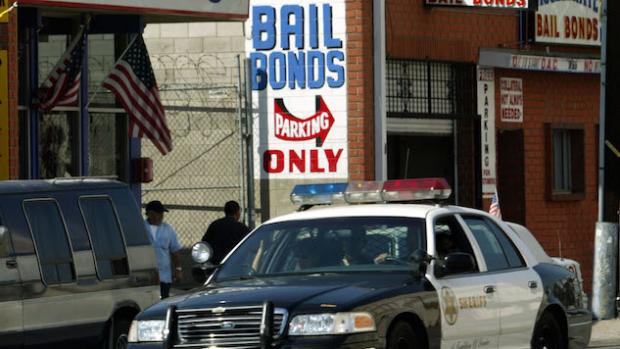 Last week, Philadelphia's City Council voted to end cash bail, a system that disproportionately punishes poor offenders. There is a movement among local progressives to make Buffalo follow suit.
by
The Public Staff
/ Feb. 7, 2018 5am EST

San Diego, San Francisco, Philadelphia: Big ups for the two California cities that decided recently to clear thousands of marijuana convictions, some going back as far as 40 years. And major props to Philadelphia, whose city council voted last week to end cash bail. These cities show the power of municipal governments to assess harmful policies and effect meaningful changes to those policies. We believe no one should be in jail for marijuana, and that no one should be kept in jail on a low-level offense on the taxpayer’s dime just because they can’t afford the bail.

Philadelphia Eagles: Erstwhile Buffalonians and current Philadelphia Eagles Steven Means (Grover Cleveland High School) and Corey Graham (Turner Carroll) were part of an amazing Cinderella story this year that culminated in a Super Bowl for the ages. But that’s just the cherry on top of getting to watch Tom Brady throw for 500 yards and still lose. We’re happy to punch a horse, climb a lamppost, run into a subway pole, and boo Santa Claus in solidarity with you, Philly, as long as we still get to hate the Flyers.

Attorney General Eric T. Schneiderman: While we give him credit for coming to town and explaining to the family of Jose Hernandez-Rossy his office’s decision to not pursue charges against the officer responsible for shooting him in the back as he ran away, we’re appalled at the lack of scrutiny from the AG on how and why BPD officers stopped both Hernandez-Rossy and Wardel Davis in the first place. The justification for police escalation and use of force is extremely thin in both cases, even according to police’s own accounts. And the only recommendations made by the AG to the BPD are more training, more cameras, and Tasers? Does the Constitution not matter in these cases? It’s easy to see why some advocates fear the AG is sanctioning “open season” on young men of color in Buffalo.

Buffalo Public Schools: A few takeaways from the ongoing labor imbroglio at City Honors School, which threatens to cut five-and-half full-time positions. While the district and Buffalo Teachers Federation were negotiating, they had agreed to a blackout—not even BTF members were privy to the nature of those negotiations. But that didn’t stop the district and City Honors principal Dr. Bill Kresse from discussing the case for a Buffalo News story that framed the teachers negatively and set up the News editorial board for its usual characterization of Buffalo teachers as greedy and self-interested. The BTF has won every step of the legal process on this matter to this point. The threat of removing teachers from the building will be seen for what it is, retaliatory. The BTF might not win many public relations battles, but they’ll do just fine in court.