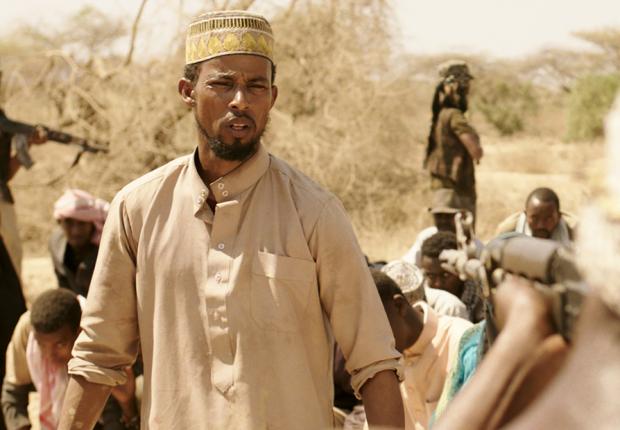 For those of you who want to be the biggest know-it-all in the room at the Oscar party, it’s time to head to the Dipson Eastern Hills Mall cinema for the annual screenings of the nominees for the Best Short Film categories. Those of you who don’t care about the Oscars, of course, can go simply to enjoy some first-rate filmmaking that you would otherwise never get to see on a big screen, if at all.

For the first time this year the Eastern Hills will include the nominees for Best Short Film—Documentary. I didn’t get a chance to preview them, but the five nominees hit a variety of intriguing topics:

Edith and Eddie, about a couple whose families object to their marriage, partly because they are of different races but also because they are 96 and 95 years old; Heaven Is a Traffic Jam on the 405, a portrait of artist Mindy Alper, whose work is informed by her lifelong struggle with depression and mental disorder; Heroin(e), about the American town arguably hardest hit by the opioid epidemic, Huntington, West Virginia; Knife Skills, following the launch of a gourmet restaurant in Cleveland, Ohio staffed entirely by recent prison parolees; and Traffic Stop, which uses squad car dashcam footage to dissect the brutal arrest of Breaion King, a 26-year-old African-American schoolteacher from Austin, Texas.

If you don’t have time to get to all three programs, the strongest one this year is the Live Action Shorts. The most impressive for me was the most deceptively simple, DeKalb Elementary, a vignette of human communication in the unlikeliest of situations, between a school receptionist and a student who shows up with a gun. Your faith inhumanity may be equally boosted by another short based on a true story, Watu Wote/All of Us, about an attack on a bus in Kenya in which the passengers refused to let the terrorists set them against each other. From Australia, The Eleven O’Clock is a cleverly written skit, about two men in a psychiatrist’s office arguing about who is the doctor and who is the patient, that reminded me of classic Monty Python. Plenty of skill is on view in The Silent Child, about a deaf girl not getting the support she needs from her family, and My Nephew Emmett, which recreates a corner of the horrific 1955 murder of Emmett Till, though both are a bit too didactic to have the effect they could have.

For years the strongest category, the nominees for Best Animated Short have grown conservative in recent years, showcasing more computer animation at the expense of more experimental styles. There’s nothing wrong with any of the entries, but you can’t help but feel that the Oscar folk could skip over Pixar in favor of some underrecognized animator who could use the exposure. That said, the program will include three non-nominated shorts to make for an acceptable running time, so a surprise or two may be on hand.