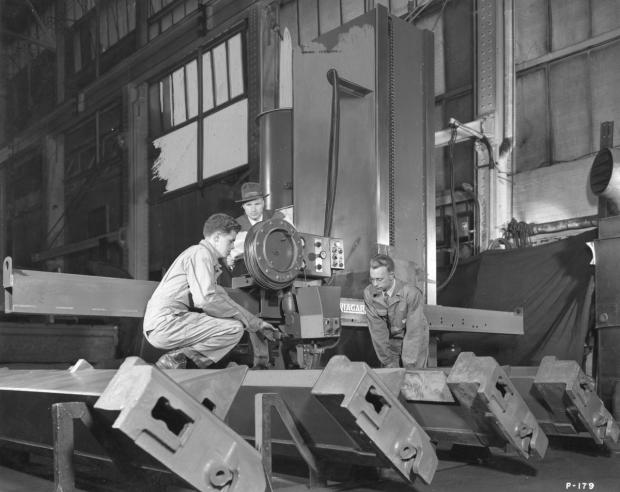 by
The Public Staff
/ Feb. 6, 2018 8pm EST
Niagara Machine & Tool Works, 683 Northland Avenue, was one of the country’s largest manufacturers of machines and tools for working sheet metal. The factory complex was built in phases starting in 1910 and eventually totaled 235,000 square feet over 11 acres. The company was a modest operation when it was founded in 1872 by Adam Heinz, George Munschauer, and George N. Pierce in 1872; by 1940 the company employed upwards of 700 people making 1,000 different products ranging from a 10-pound tinner’s bench machine to presses weighing a few hundred tons. The “Niagara Machine” label could be found on equipment used by General Motors, Curtiss-Wright, Bell, General Electric, Westinghouse, and the like. Vacant for about 20 years, the factory complex is now undergoing a $50 million rehabilitation by the Buffalo Urban Development Corporation.