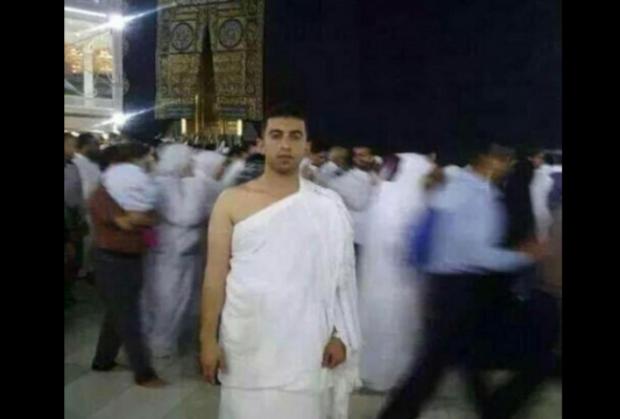 Every time the so-called “Islamic State” releases a gory, vicious, inhuman snuff film, normal, civilized people who use social media call on everyone to not share the video or its images. Why? Lots of reasons. Snuff films aren’t exactly high art, worthy of sharing. Watching someone being murdered shouldn’t be reduced to rubbernecking or entertainment. It adds insult to the fatal, abhorrent injury — that is a person who had a family, love, hopes, and dreams. Innocent, the murdered victim’s last, agonizing moments oughtn’t be how he or she is remembered.

But aside from all of the “because we’re human beings” reasons, there’s an even more important one — the “Islamic State” death cult wants you to share those videos.  They want people to see these slickly produced HD images of slaughter because they want to terrorize you, and they want to recruit more homicidal psycopaths and bloodthirsty teenagers.

It should go without saying, then, that responsible mainstream western media also wouldn’t publicize, share, or otherwise promote ISIS propaganda. Until this week, that was true.

What’s changed? ISIS released a video that shows a captured Jordanian Air Force pilot being burned alive in a locked cage. Reading that sentence is, itself, horrifying. Seeing the images should be unthinkable. Yet certain right-wing media outlets, including Fox News, have chosen to release and share the ISIS video showing a human being burned alive.

There’s nothing so low that Breitbart wouldn’t stoop to, but Fox News? Here’s how it justified what it did:

The reason we are showing you this is to bring you the reality of Islamic terrorism and to label it as such. We feel you need to see it.” After displaying the images, Baier added, “Having seen the whole video, it is something you cannot unsee. Horrific and barbaric, as well as calculating and skilled at high-tech propaganda.” FoxNews.com later uploaded the full-length, 22-minute video on its site.

Well, no. You can’t unsee it, and it’s horrific and barbaric. But I don’t need to see it to know that. Previous ISIS execution films have shown a masked man beheading helpless, innocent captives.  In what way is that act of beheading a living person more or less horrific or barbaric? If barbarism and brutality are now on the Fox News menu of acceptable content, why an immolation but not a beheading? What part of the reality of “Islamic terrorism” are we not meant to understand, and how does a burning advance that discovery more than a beheading?

What’s happening, though, is that Fox News is now a willing, knowing ISIS partner. ISIS produced, shot, and directed the immolation of Muath al-Kasasbeh, but it needed a distributor to get it to as wide an audience as possible. By selling murder to its viewers, Fox has now become part of the ISIS propaganda machine. It is for ISIS what al Jazeera was for bin Laden a decade ago.

What we can glean from this is that some media think that it’s too much for Americans to see images of the flag-draped coffins of our fallen heroes, but watching a man being burned to death in a cage is something we’re not only supposed to see, but Fox wants us to see as part of its own political agenda.

Make no mistake — by sharing and showing these images, Fox News is a direct, knowing participant in ISIS’ terrorism.