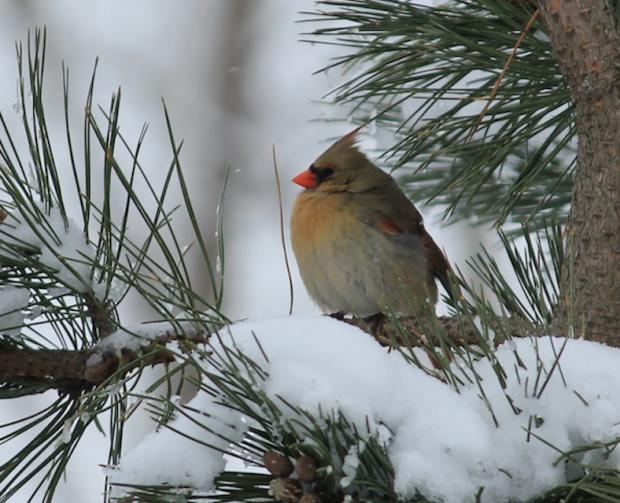 The complete newsletter can be found by clicking here.

This author was able to publish an essay in the newsletter which is reprinted here.

Why Keeping the Outer Harbor Green is Important

The Outer Harbor is a Special Place for People, Nature, and Conservation

We all seem to appreciate the open space and greenness of Buffalo’s Outer Harbor. Who doesn’t like the blue sky, cool summer breezes off the lake, glistening dawns, sunsets, moonrise, the gentle calls of singing birds and the flittering about of so many kinds of butterflies? This place improves our quality of life and is one of the most valuable assets we have.

In recent years the Outer Harbor has become more familiar to many people that live and visit here. The opening of the Canalside pedestrian and bike ferry during the summer months and the redesign of Ohio Street as a Complete Street has opened this area to hundreds of thousands of new visitors.

Today in addition the breathtaking nature, you can kind find a lot of ways to have fun on the Outer Harbor.  This spring summer and fall destination is a great place to take a long walk or bike along the shoreline, launch a boat, kayak, sail, fish, fly a kite, of go to one of the hundred or more events brought to you by the Outer Harbor Management Group
You can visit places like the historic Light House Point and the iconic 1833 Buffalo Light; Times Beach Nature Preserve; Wilkeson Pointe Park; The Bell Slip; Flat Man; Buffalo Harbor State Park;  Gallagher Beach; and Tifft Nature Preserve. You can walk or ride a bike along the paved Outer Harbor Greenway Trail.

Just a few short years ago all of these places were under threat from what many considered to be inappropriate development.  In 2014 The State of New York revealed plans to turn these places into private condo communities. Willkeson Point Park and the former NYPA property surrounding the connecting terminal was slated for condo towers. Private condos and sprawling “mixed-use” development were planned on hundreds of acres of publicly owned land that stretched from the North End at the Buffalo Coast Guard Station to the South End adjoining the now Buffalo Harbor State Park.

Why it is Important to Keep the Outer Harbor Public and Conservation Oriented
First and most important, much of the Outer Harbor is under public ownership.  This includes the Buffalo Harbor State Park, Times Beach Nature Preserve, and all of the lands addressed by the ECHDC.  It is critical to the public trust that these lands remain public and not privatized at public expense. For more on the Our Outer Harbor Coalition’s perspective on this CLICK HERE

The Outer Harbor location at the confluence of Lake Erie, the Niagara River, and the Buffalo River is unique.  The water that flows through here is part of the Great Lakes ecosystem that contains fully  20% of the entire earth’s fresh surface water. Biodiverse populations of fish, pollinators, and insects rely on the ecological integrity of this area. The Outer Harbor is the western gateway to the Niagara River Globally Significant Important Bird Area. Monarch Butterflies depend on these shorelines for sustenance during their long late summer migration to Mexico. Much of remaining Lake Erie and the Niagara River fishery needs these shorelines to remain viable and healthy.

Before Buffalo was established as during the last decades of the 18th century, the place that we now call Buffalo’s Outer Harbor was a much different place. What we recognize today as the Outer Harbor was once part of a delta habitat related to Buffalo Creek, Cazenovia Creek, and Smokes Creek. The fluid shoreline  was characterized by small bays, freshwater estuaries, costal marshlands and sand complexes that stretched from the cliffs near Hamburg Beach to Grand Island and up the Niagara River strait.

The headwaters of much of this watershed started in what now is Wyoming County. Typical mature forests of mixed hardwoods stretched form these headwaters down to the coastal shoals. We can well image the coastal areas surrounded by hemlock, and successional cottonwood and willows. Sand and water played elemental roles in the evolution of the flora and fauna that lived here and or visited here. Early people revered the area for its rich and abundant bounty to such a degree that for thousands of years it was identified as a part of a neutral nation where people from tribes and communities around the continent could come here to fish, hunt, and socialize.

Human engineering began notably in the first two decades of the 1800’s when the Erie Canal was conceived and Buffalo was awarded the western terminus over Black Rock. Samuel Wilkeson led an effort to create the Buffalo Harbor, a necessity if the Canal were to end here. Part of that project included rerouting a major channel of Buffalo Creek from an area about 1000 feet north of todays outlet at the historic Buffalo Light.   Early maps show Buffalo Creek running from the south almost parallel to the lake shore behind a bank of sand. Sand, dunes, and marsh characterized the lakeside area.

Wildlife Depends on This Area.

It is a well established fact that birds and buildings, especially tall buildings with lots of lights do not coexist well. Migrating birds, of which hundreds of thousands if not millions pass through the NRIBA each migrating season are at great risk to these obstacles.  In addition, late night/early morning fog is a common occurrence on the Outer Harbor. it is not unusual to be in a pea-soup in the hour before dawn during the March-May spring migration season.  Pre-dawn is a critical period for migrating neotropical songbirds.  A lawsuit to challenge a 23 story residential tower on Buffalo’s Outer Harbor shoreline has (so far) prevented the construction of the tower for 3 years. Last summer over 1,000 neotropical birds that contribute to the biodiversity of the Amazon basin, including 5 species of swallows, were fledged on Buffalo’s Outer Harbor.  That represents a lot of lives saved and characterizes conservation in action.

The fragility and rarity of this habitat for breeding and migrating birds is substantial and has a decades long history of conservation strategies. Inappropriate development brings a myriad of consequential threats to the nature of Times Beach and places on the Outer Harbor such as the Bell Slip, where millions of dollars, over the decades, has been spent on conservation.

Climate Resiliency
The shorelines are our first defense when it  comes to the vast wilderness and the wild things that come from that wilderness.  I am not talking lions tigers and bears here, but rather, those developing aspects of the wild earth that we can equate with climate change. We are in an uncertain age of atmospheric imbalance. This is drive by a number of factors including the loss of life giving biodiversity, and the relentless pollution of all things natural by the planets most dangerous species, human kind.

Sorry if that offends you but we are in a heap of trouble. it doesn’t mean that we cannot think our way through this crisis of the earth.  We it may mean that, but all hope is not lost and perhaps it is our single most important  mission in this life and on this planet to help find a path to ensure that our species survives. I go a step further by saying that we can not only survive, but we can make sure that the quality of life for future generations is better than ours. And, I say that conservation strategies are the backbone of that future.

I don’t think that finding ways to best use our resources is a lost cause. Even with population growth there are ways to lesson our collective footprints on our mother, the earth.  We have to learn and plan. we have to know that exploitation and profit at all costs will cost us our future. we have to learn how to live on this planet, and that means that we have to learn how to get along, how to share, and how to make longer range decisions. This might seem like a mighty mission on this earth in early 2018, and it is, but we can do it if we want.  It will take a lot of work, resistance, and personal strength. We know about that stuff don’t we?

The natural history of the place that we call the outer harbor is one of significant  change. It was only about 10,000 years ago that the glaciers were in their last retreat.  Humans came to this area tentatively.  During the industrial revolution our city and our shorelines changed.  People built around the new harbor which lay low and unprotected from the vast forces of nature.  Today we know about lake effect and how it can impact our modern city. Back then, Lake Erie was both friend and foe.  Buffalonians may not have known how much of a foe it was when the great seiche of October 1844 came from the west overnight, and came into the growing frontier city.

​The Buffalo History Gazette describes it this way: “It brought with it immense volumes of water in a tremendous wave, which overflowed the lower districts of the city and vicinity, demolishing scores of buildings, and spreading ruin along the harbor front, playing havoc with shipping, and causing an awful destruction of human life. “  READ MORE HERE

Soon thereafter Abraham Lincoln authorized a construction budget for a break wall that exists to this day as a protector against the rages of nature. Of course there have been improvements and changes. One of the more modern changes is that we are now developing on what has been described as soft and loose fill material.

For more on this: https://withallduerespectblog.com/2017/10/30/are-there-very-soft-and-very-loose-subsurface-conditions-under-the-outer-harbors-terminal-a-b/

The Outer harbor as we know it, from the Coast Guard Station to Lackawanna, is built on this fill. Some early engineers on the outer harbor called the sub surface areas “quicksand the consistency of oatmeal”. This was a coastline. this was a delta. It was marsh and sand before it was filled with what became dredge and disposal mush.

​How does that impact us?  Climate resiliency is going to become more important each year. This area needs to be climate resilient. We do not know what climate change will bring to this area. Some models say that the waters will rise, some say they will fall.  Staying the same is not a natural option. Expect the unexpected.  Nature is about change, and nature always bats last.

Will the lake flood, as did Lake Ontario during the past two years?  Will the lake recede leaving the quicksand to dry and shrivel, creating instability? How will either of these scenarios effect the existing breakwalls? We know today that the break walls and hardened shorelines around such places as Terminals A & B are weak and collapsing.  What does this mean for development?
​
We do not know. And yet we have been in a headlong rush to build residential towers (See Queen City Landing), infrastructure and to tear into the very nature that may become our most important protective barrier to the wilderness of water and atmosphere that brings us seiches, lake effect blizzards, and who knows what else.  Do we want a resilient community?  If so we need to assess and plan for this. If not, we will most certainly face future tragedies, that will cost us dollars and human lives. We need to make climate resiliency for our city a top priority. This starts with us, now.