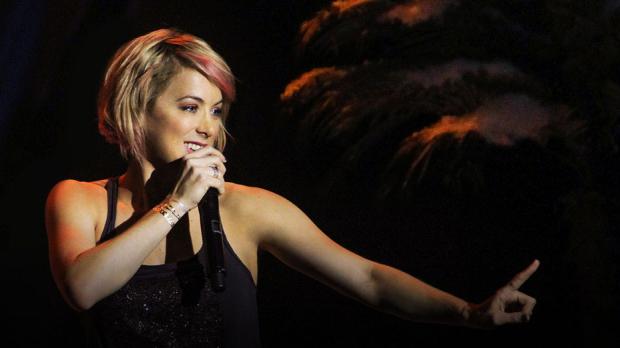 People who made it a point to see Iliza Shlesinger perform in Buffalo last year probably knew her as the only woman to win NBC’s Last Comic Standing or as the host of Excused, a syndicated dating show that now airs exclusively in Norway.

A lot has happened in a year.

When she returns to Helium Comedy Club this Thursday through Saturday for five shows, Shlesinger will draw in new audience members who saw one or both of her recent appearances on The Tonight Show. Her second special for Netflix, Freezing Hot, premiered last month and focuses mainly on the relationships between men and women, adorning hysterical observations with vivacious characters.

Shlesinger is making Buffalo the very first stop on her 2015 tour. This week we spoke to her about her growing success, her onstage characters and the messages she imparts to her audience.

Why start your tour in Buffalo?
Helium is a great franchise. I think they do a great job with their audiences. My mother attended the University at Buffalo, but I’d never been prior to last year. The way I look at it is this: If the audiences were good and nothing happened—if I can’t remember not liking it—then I’ll go back. If you say a city to me and the first thing that pops into my head is “Oh my god, everyone was just great until someone yelled at me,” I don’t go back. I don’t go back at this point in my career if it’s a pain or if it’s going to be painful. But I had a great time in Buffalo.

When I talked to you last year, you said that things were going well, that there were days the phone didn’t ring but you took every day as it came. What’s life been like since then, besides doing two spots on The Tonight Show?
Well, we just came out with my latest Netflix special Freezing Hot.

Hilarious.
Thank you, that’s been great! Really well received, better than the first album, which is always what you strive for.

In Freezing Hot you say that one drink releases your party goblin.
Well, I wanna be clear, the party goblin strikes at any time. We’ve all had those nights where you keep drinking and you’re not getting drunk, or you’re bored. It’s like lightning in a bottle—if it’s a certain night, at a certain time, with just the right kind of alcohol, the party goblin wakes up. You never know when she’s going to be summoned. I do enjoy partying, but I don’t drink alone and I don’t typically drink with strangers. Especially as a girl on the road, you know, going out drinking with a bunch of dudes you just met is a great way to go missing.

I loved that you brought back the creepy pharmacist character from War Paint.
It’s a callback a year in the making!

The audience immediately responded to it. You’ve said before that sketch comedy has had more of an influence on you than standup, and that really shows with your characters. What are your favorite characters to perform?
I love that voice, the pharmacist, the creepy witch—I like that character because it really gives you the chance to get into the body of a character that’s so foreign. I think people delight in the voice change. I obviously love doing the “girl voice” because, clearly, when I start doing the voice it just takes over; like whatever she says is hers. It’s almost like a trance. And I like doing my guy voice because I think the guys that I do are endearing. You know, I don’t try to make guys look like assholes. They never say anything terrible. If there’s a voice coming out of my mouth, I love doing that character.

When you comment on social issues on stage, like the barrage of negative messages directed towards women in advertisements, it doesn’t come off preachy. A lot of comedians have trouble pulling that off. Do you have to put extra thought into jokes that carry some kind of social commentary, like “how do I make this point without losing anyone?”
Well first of all, I appreciate you noticing that. I am angry that so much is put on women, but I think because I am a woman, and that joke is geared toward women, and we’re on the same side—it isn’t as if I’m talking to those makeup makers or magazine editors in the audience and I have to get them on my side. That is to say, it isn’t as if I’m a democrat yelling at republicans trying to get them to see what I’m saying. The audience agrees with me because it’s definitely not wrong and, more importantly, it’s funny. No matter what you’re saying, as long as it’s funny, people will listen to you. So even if they don’t necessarily agree with the point, it’s ok as long as it’s funny and backed by intelligence. And I think with girls the objective of that joke is to say “Hey, I’m pissed off too. PS, it is ridiculous, all the stuff that’s thrown at us.” I think also part of it is—I don’t know if it has anything to do with the way I look—but it isn’t as if I’m up there raging against the machine, saying “I don’t wanna be healthy, I don’t wanna look pretty.” I obviously do my part to keep myself looking decent, so this is me saying “Hey! I go to the gym, I get my hair highlighted, I wear your makeup, and you still are saying that I’m not good enough?”