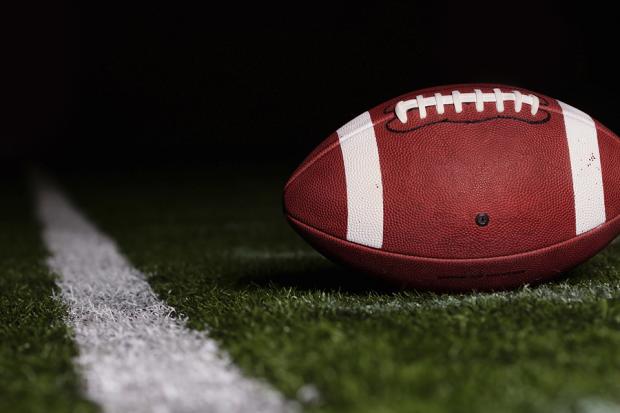 Or, a lover’s prayer for the game of football…

At the beginning of October,

And gallop terribly against each other’s bodies

Disquiet and uneasiness have always been there, even during my days as a tiny, manic, jump-on-your-back, spider-monkeyish high school player, but I chalked them up to love, and up with what you put, for that.

However, the un-comfort kept growing, and this fall, this 2015 season, after 50 years as a dutiful, forgiving partner, on our golden anniversary, NFL—I want a divorce. But really, not for the reasons I might have previously predicted.

Sure, there is the authoritarian-submissive system framing everything from coaching to how to handle a towel—our high school team was instructed in the correct way to dry off after a shower—that always rubbed me way wrongly, along with the cynical fetishizing of the military and law enforcement in public ways that would make Leni Riefenstahl jealous.

And there is the oligarchic corporatizing and commodification of both the pro and the college game.

And most troubling, there’s the clear awareness that, football, you now are just grotesquely violent reality TV analogous to bear-baiting and Roman prime-time entertainment such as the UFC and kickboxing, and in earlier sweeps weeks, gladiators.

But that’s not the deal-breaker.

What’s really, tragically, and most poignantly wrong is: In spite of the blood and frantic halftime extravaganzas, you have just gotten boring.

Football, you’re now a ponderous sport of nature, a hypermacho, agonistic freak show—like if Las Vegas and a HumVee had a baby.

Watch yourself on television: What you see is periods of advertising pierced by very short bursts of turgid chaos based on two sets of raging dudes running straight at each other, like two walls wrestling, occasionally punctuated by a throw and catch or an ambulance driving onto the field. Sometimes one guy decides to run around the walls. Sometime, the ball gets kicked. It’s all tediously linear, and based on a very American-buffalo kind of principle: moving straight ahead, come hell or high water, like bad porn. It’s a powerful principle in a bovine way and effective in some situations, such as setting fence posts on the range or barreling across a fruited plain most directly, but ultimately limited in scope and utility. And it’s just not interesting anymore.

But I still have dreams, football—of you, having lost 80 pounds, moving like a dancer instead of a draft horse, full of surprise and creativity. I admit, even now I have fantasies about you. About us bringing the spark back. I’m just saying.

Maybe if you remember what “play” is? It’s totally vanished from this sadomasochistic exercise in branding and national distraction.

Put on a red dress and high-heeled sneakers and shimmy a little. Be inscrutable, outrageous, snaky, sinuous.

Show the world America’s more than guns, black music, and KFC: We can make a beautiful game, too—make soccer your bitch: football, si!

What if there were no Maginot Line, trench-warfare model of guard-tackle combat? No play clock? What about getting rid of the quarterback?

And as I’m heaving a Hail Mary—what about no national anthem?

Others are worried about you too, baby—even one of your BFFs, Hollywood: Concussion is playing in theaters everywhere.

There is an extinct animal, the Irish elk, that died out 7,700 years ago—among the largest deer species ever to exist. It featured a massive moose-like set of antlers that over time became wider and heavier and so ungainly that males got snagged in forests and struggled to maintain good posture. This charismatic megafauna species is now available for viewing only stuffed, in museums.

If nothing else, remember what the Dormouse said. How’s your head?