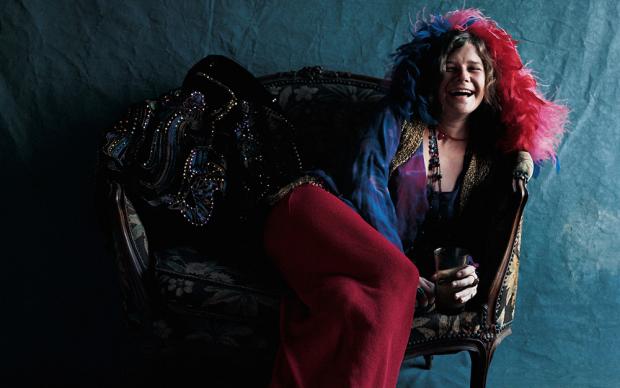 Since her death 45 years ago, there have been numerous attempts by Hollywood to make a movie out of the life of Janis Joplin. They’ve all come to naught, and the new documentary Janis: Little Girl Blue makes you grateful for that. Both in her voice and her presence, on stage or off, she was so singular that any attempt at impersonation would be doomed to failure. Jennifer Jason Leigh might have been able to do it when she was younger, but she would have had to lip-sync to Joplin’s voice, and you just can’t separate the two.

Hitting theaters so soon after last year’s documentary about Amy Winehouse, Janis inevitably begs comparisons. You can go on all day listing the similarities—both were slight women with huge voices who absorbed blues and soul influences like they were born to them, and both died of drug overdoses at the age of 27. But Winehouse’s life after she started performing was lived in the public eye. Joplin, though a huge star for her few years of fame, lived in a less public time, and her life has been argued about for years by those who knew her, many of whom had axes to grind and purses to fill.

Janis: Little Girl Blue is the first documentary made with the cooperation of her family, who provided interviews and access to letters she wrote. It’s not exactly a treasure trove, but it’s material that provides some insight into her early life. And director Amy Berg does a good job assembling performance footage to illustrate her chronology, even if that mostly means paring down the best of the best: Try to find Joplin footage where she isn’t electrifying.

A girl who learned early that she was never going to be the kind of beauty that was held up for public admiration, Joplin instead learned early that you get noticed if you rocked the boat. It was an unfortunate lesson in a Texas town that was conservative even by the standards of the 1950s. (Speaking out against racial segregation didn’t go over well in a town with an active KKK chapter.)

Her earliest influences, at least as presented here, were Bessie Smith and the folk singer Odetta. But she fully formulated her sound after she moved to San Francisco and saw performances by Otis Redding. For a woman to channel that kind of stage presence in the 1960s, when the models of female singers were Diana Ross and Petula Clark, was little short of revolutionary.

Yet despite embracing the hippie ethos of open sexuality, Joplin found that there were still bars to women. For a Rolling Stone reporter to call her the “female ideal of the Haight” is painful in a way that wasn’t apparent at the time.

In the end, Janis doesn’t add much to the conventional understanding of her: a woman who channeled her romantic frustrations into her performances but could never overcome them. Unlike Winehouse, she didn’t have a long descent to an inevitable end—her drug use was less debilitating, and it seems that the overdose that killed her was either an unfortunate miscalculation on a lonely night, or ignorance of the potency of the drugs she had recently scored.

But the music remains astonishing. Every performance seems like a career highlight, and it doesn’t seem possible that she could have been so intense all the time. Perhaps the best comes at the end, on The Tom Jones Show, singing Rodgers and Hart’s “Little Girl Blue” as no one else ever had. Even after a film filled with such moments, it sends a chill down your spine.

For some years now, the best category at the Oscars has been Best Animated Feature, whose nominators regular succeed in spotlighting films that deserve the attention but probably wouldn’t get it otherwise. In that category this year is Boy and the World, from Brazilian filmmaker Alê Abreu. He started out to make a documentary about the harsh conditions of life in his home country, a project that turned into this free-form story of a rural boy exploring the world after his father leaves to earn money in the city. “Story” may not be the best word: There isn’t a real plot running through the film’s 80 minutes, in which locations arrive and depart with a dreamlike spontaneity. It’s filled with striking moments, but the general effect is more suitable to a midnight audience than a children’s matinee. Still, it’s ideally paired (at the North Park this weekend) with another Oscar nominee, Don Hertzfeldt’s short “World of Tomorrow,” with which it shares a simplicity of design that belies the complexity of its content.