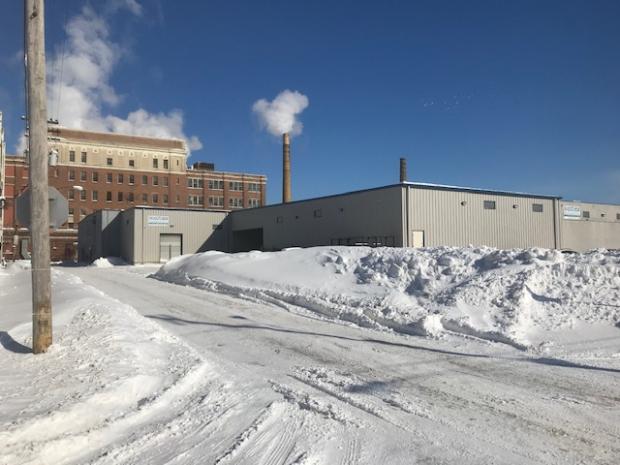 I grew up in the Big Apple, under the city lights with blaring horns and the sound of the train tracks above me; all the things that shouted home. My father was an immigrant, a kid who wanted to one day be able to give his children a future away from war-torn Bangladesh. My mother was a shy Albanian girl who filled her time reading Time magazines and watching sitcoms, hoping she’d one day be swept away from her mundane life. They soon came together like the first two pieces of a never-ending puzzle. They quickly realized New York City was too big for their tiny family. My father was working shifts in the taxi late at night only to work again in their corner store in the early morning. My mother worked in a suffocating office at a busy hospital. All for a meager pay where both of their dreams were slowing vanishing. Buffalo offered an escape.

Buffalo was a ghostly snow town in the year 2006. The people were somber, no one beeped their horns, even the buses seemed to whisper when they came to a stop. This was a gray town to the people who came from a city of color. There were no people of color. My father saw that here he would be forced to sacrifice a dab of his culture for his children to fit in this strange environ. So I grew up having to learn three languages.

But when summer came and bright dandelions fluttered across our lawn, like a beautiful invasion, Buffalo became a new version of home. More families who spoke my father’s native tongue migrated. I had neighbors who grew squash and tomatoes in their lawn only to soon harvest them into a curry. I wore my beaded dresses sent from Bangladesh more often. I made friends who gave me a taste of what it was like to not be American-born as I had been. Their parents didn’t know a lick of English or anything of American culture, they only knew of rumors that boasted about America’s endless opportunities. My mother helped these families receive food stamps, got their children into schools, and helped them to apply for their other family in Bangladesh to come to Buffalo as well. But these only made life sufficient.

Promising immigrant families are trapped in a humdrum cycle of life. They can all be found in neglected neighborhoods, comprising the East Side. Neighborhoods that don’t have their roads cleaned in a winter storm like this, where one can only hope it’s a firework and not a gunshot, where cops circle the area but to no avail. As Elmwood Village and the downtown area progress with more meaningful art pieces splattered on buildings and more welcoming small businesses sprouting on every corner, neighborhoods in the East Side deteriorate more into their shells. Canalside opens for another wintery evening of ice skating and hot chocolate, another homeless freezes to death in the Utica train station. But these neighborhoods don’t complain because its people have had it much worse before coming to Buffalo. However, we cannot accept sufficient.

Buffalo is constantly advancing on its art scene which I can appreciate coming from New York City, but there is a very apparent cleave within its community. The juxtaposition between the urban population is uncanny. While places like North Buffalo and the West Side are continuously flourishing, neighborhoods in the East Side have families who are struggling and can barely afford books for their child’s education. How can Buffalo take pride in its innovative accomplishments when all Buffalonians can’t share, or even relate to these benefits? There is a great divide in Buffalo, that I only began to pick up on after noting the trend in lifestyles of the immigrant demographic in Buffalo. We need to pick each other up and offer more attention to the neighborhoods in Buffalo that need it most. Becoming aware that there even is a conflict brings us one step closer.