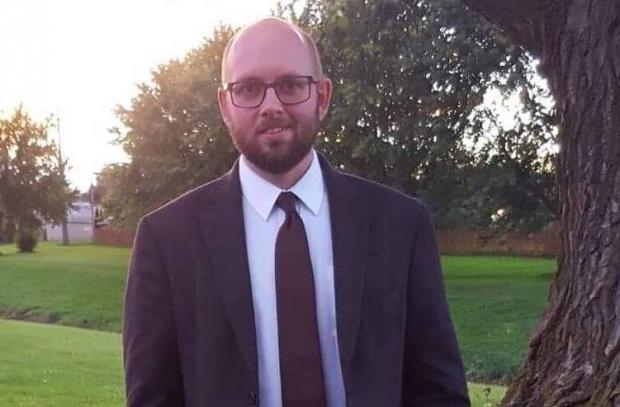 There’s sufficient cause to be worried about the long-term trajectory of our economy. For starters; labor force participation rates are near 40 year lows. The way we measure unemployment, we fail to capture millions who have dropped out of the workforce—people who have given up, but would want to work. Underemployment is becoming a growing issue—both in the private and public sector. More and more folks want to work full time, but can’t find a full-time position. Automation is an addition pressure on an already tough employment situation, because any discussion over sharing the material gains of technological progress seems to be off the table. None of this is to take away from the progress made in recovering from the 2008 financial crash. That progress is noteworthy, but not enough.

Between 1983 and 2013, 100.1 percent of the wealth created in the United States went to the richest 20 percent of Americans. Over this period, median incomes in the United States were pretty much stagnant and the poorest 40 percent of Americans actually became worse off. While the costs of toys, televisions, and other consumer goods went down, relative to wages — housing, healthcare, and higher education costs have grown much faster than wages and incomes have. The emerging generation is on track to be worse-off, financially and materially, than our parents. The strong stock market doesn’t mean much to the half of Americans who own no shares and to the more than 60 percent of Americans who can’t afford to cover a $1,000 emergency if it arose.

Outstanding student loan debt is well in excess of a trillion dollars, and there’s over a trillion dollars of outstanding credit card debt in the US—the average New Yorker has over $6,000 racked up on credit cards. Then there’s the billions and billions in outstanding medical debt relating to healthcare. Throw in mortgage debts, car notes, specialty credit lines, etc. With all this debt comes interest payments, and every dollar paid out in interest to lenders is a dollar not invested in one’s own retirement savings — which, with the replacement of defined-benefits pensions with 401(k) plans, is no longer a guarantee. Financially, most people in our communities are drowning these days.

On the topic of healthcare, uninsured rates are once again on the rise in the United States. Sadly, we continue the international embarrassment of being pretty much the only developed country that can’t manage to extend healthcare to each and every person as a basic right. In the United States today, people still go bankrupt due to health-related issues. Insurance companies continue to deny care to those in need in order to maintain company profit targets. Health issues go untreated and necessary care gets delayed. Healthcare delayed is healthcare denied. New York can implement a single-payer plan that would save money, cover every New Yorker, and put our state on the map as a leader on Healthcare reform. It only takes the political will and a more-detailed funding plan.

On the flip side of all these stresses on the working class, middle class, and the poor are tax reform packages pushed through by the last Congress that allow the rich to get even richer. 26 Billionaires have more wealth than the poorest half of living human beings. A new billionaire is minted every few days, while the poor are seeing their relative wealth decline. Dan Snyder can dump $100 million into a super yacht and some of the most well-to-do in Western New York get unnecessary tax breaks and handouts to subsidize their investment growth. Local companies are relocating to cut labor costs and threatening relocation to extract concessions from unions. We have local employers who are refusing to negotiate union contracts in good faith with newly-recognized bargaining units. At a time of growing and runaway income and wealth inequality, there should be zero-tolerance of union-busting efforts.

Then there’s the costs associated with failing to adequately address the many other serious issues before us: the climate crisis, our broken criminal justice system (locking up more than 2 million people each year isn’t cheap), the lack of childcare support for working families, and so much more. I believe the majority of us recognize all these issues and have honest disagreements over exactly how to address them. Honest disagreements are okay, as American as apple pie.

We can’t fix any of these problems unless we admit that we have an economy that has been trending in the wrong direction for a long time. We’re in a new guided age, witnessing a transition from representative democracy to oligarchy. There’s no “middle ground”, “third way”, or centrist fix to address these problems. Pragmatism doesn’t mean suppressing one’s principles or ignoring an economy that is failing the majority. We either sign up to fight for democracy, a more just distribution of the wealth we all produce, and an economy that recognizes billionaires for what they are—a policy failure—or we give up and accept oligarchy in America as inevitable.

I’m optimistic—we can fix all of this. We can afford Medicare For All, we can afford a Federal Job Guarantee, we can afford to seriously finance infrastructure repairs, we can reverse the trend of runaway income and wealth inequality—but we can’t afford to ignore the insane concentration of wealth in fewer and few hands. It’s not democracy. It’s not American.