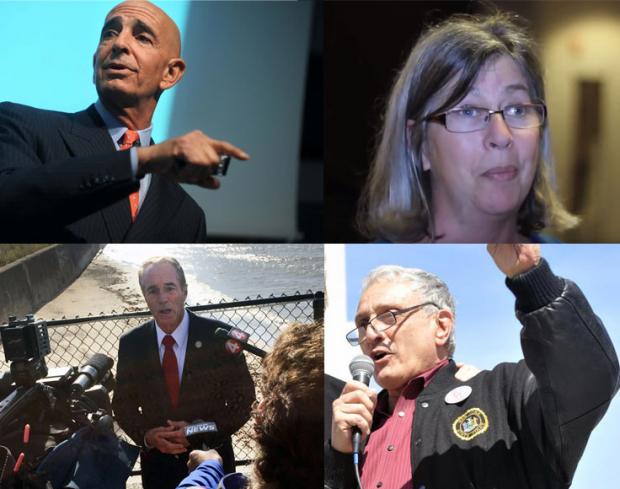 In recent years, developer Nick Sinatra has emerged as a driving force behind Buffalo’s real estate boom (or bubble?) and the waves of gentrification that many neighborhoods are currently experiencing.

The relatively young Sinatra has amassed a portfolio that puts many of the region’s old-guard developers to shame and qualifies him as one of the city’s biggest landlords. Major properties include the Market Arcade (his headquarters), the Phoenix Brewery Apartments, and the former School #56. In one 2015 deal, alone, he acquired over 600 units. Projects planned and underway include two of his most ambitious ones yet: the redevelopment of McCarley Gardens and the former Women and Children’s Hospital (plans for the latter were unveiled at a community forum last night—more below on this, under “Carl Paladino”).

How has he done it? Who, exactly, has provided the capital for this buying spree?

Though Sinatra is the face of his projects, a multitude of partners and financial backers, led by out-of-town billionaires, are providing the investment dollars necessary to buy and develop his properties.

Sinatra’s biggest financial backers are the Connecticut-based Pritzker/Vlock family: Karen Pritzker—heir to the Pritzker hotel fortune, with a net worth of $5.1 billion—and her late husband, Michael Vlock.

Sinatra’s connection to the family came through Vlock, a major GOP donor who he met while he was working for former President George W Bush. Vlock managed the Pritzker/Vlock Family Office, and apparently invested with Sinatra in that capacity.

Vlock died very recently, in October 2017, due to complications from mesothelioma. Though his investments with Sinatra have had major consequences for the city of Buffalo and its residents, his passing has not yet been noted in the local press.

According to a 2014 loan application to the Buffalo Urban Development Corporation, the family owns a 75 percent stake in Sinatra & Co Real Estate LLC through KLP Enterprises LLC. KLP Enterprises—which is presumably named for Karen L Pritzker—is “held by various trusts within the Pritzker-Vlock family” according to the document.

In April 2017, Vlock seeded Sinatra’s most recent fundraising effort (which received prominent coverage in the Buffalo News) with $25 million in capital.

It is unclear whether Vlock’s passing will affect Sinatra and Company’s access to investment capital from the Pritzker/Vlock Family Office.

Tom Barrack, a private equity investor in California as well as a close friend and major fundraiser for President Donald Trump, was an early backer of Sinatra’s. After his time in the Bush administration, Sinatra began a house-flipping operation called American Coastal Properties with several partners, including former New York State Senator Anthony Nanula.

With backing from Barrack’s firm Colony Capital and from the Pritzker/Vlock family, Sinatra and his partners took advantage of the massive rate of foreclosure in Southern California following the 2008 financial crisis. American Coastal Properties bought up foreclosed luxury homes in exclusive neighborhoods, renovated the interiors, and sold them at a profit.

Barrack’s firm operates on a similar model. After the foreclosure crisis, Colony Capital bought up thousands of foreclosed homes in California and turned them into rental units, often after making only superficial improvements.

Another prominent Trump backer, Congressman Chris Collins, has millions invested in Sinatra. According to Collins’ personal financial disclosures, he has more than $3.5 million and as much as $13 million invested in six different Sinatra & Company projects as well as two loans to the company worth between $1.25 and $5.5 million.

The Sinatra properties in which Collins is invested include several out of town rentals such as the Patio Village Apartments in San Diego (where American Coastal Properties partner Anthony Nanula is also an investor) and the Fox Valley Villages and Timber Creek Apartments outside Chicago. Local investments include the Linda Lane Apartment Group in Cheektowaga and the West Seneca Apartment Group in West Seneca.

In December 2017, the Buffalo News reported that Collins was promoting Sinatra’s brother John Sinatra, a partner at the elite firm Hodgson Russ, for a vacant federal judgeship in the Western District of New York.

Before they partnered on the Women & Children’s Hospital project, former school board member Carl Paladino and Sinatra worked together on Paladino’s quixotic 2010 gubernatorial campaign where Sinatra was an aide. The racist and homophobic rhetoric of the 2010 Paladino campaign presaged in many ways the 2016 Trump presidential bid, for which Paladino was a local co-chair. After Trump was elected, Sinatra co-hosted a fundraiser for Trump’s inauguration held at the headquarters of Delaware North.

In 2016, Sinatra sold the historic Bachelor building at the corner of Franklin and Tupper to Paladino, who razed it in order to build his enormous 500 Pearl St hotel and apartment complex.

Paladino’s firm Ellicott Development and Sinatra & Company were equal partners in the redevelopment of the former School #56 building on West Delavan in the Elmwood Village. Lesser partners in the project include Chuck Mauro and Henry Gorino, who operate a restaurant in a nearby Paladino property and each have a 20 percent stake in the School #56 project.

Matt Connors, the son of Buffalo attorney Terrence Connors, is the vice president of development at Sinatra & Co as well as an investor through the MDC Retail LLC shell company, in which he has a 100 percent stake.

According to a loan application with the Buffalo Urban Development Corporation, Connors owns a 24 percent stake in Sinatra & Co’s Phoenix Brewery Apartments.

Lewis is a former board member of the non-profit group Say Yes to Education, and when he joined the Sinatra project as an investor, he arranged a deal whereby the owners would donate 10 percent of their monthly profits from the luxury apartments to Say Yes.

Lewis has some disdain for Sinatra’s political allies. On Twitter, Lewis identifies with the #NeverTrump movement, and he has tweeted that Carl Paladino, whose gubernatorial campaign Sinatra worked on and who has partnered with Sinatra on multiple projects, makes him “embarrassed to be from Buffalo”:

I am embarrassed to be from Buffalo since we gave the world @CarlPaladino , but then again Iowans have @SteveKingIA — what an animal.

Mark Campanella, the vice president of real estate at Sinatra & Co, also has an ownership stake in most of the firm’s projects via his 6 percent stake in Sinatra & Co Housing LLC.

Sinatra & Co Housing LLC is a 50 percent owner of Sinatra & Co Real Estate LLC, which is the firm’s vehicle for most of its development projects, including the Fenton Village, Phoenix Brewery, School #56, Great Arrow, and Kensington apartment projects.

According to an application for subsidies, Fishman owns a 50 percent stake in the project.

Do you know about other investors in Sinatra & Co projects? Email me at rob@littlesis.org or find us on Twitter at @twittlesis to send us a tip!