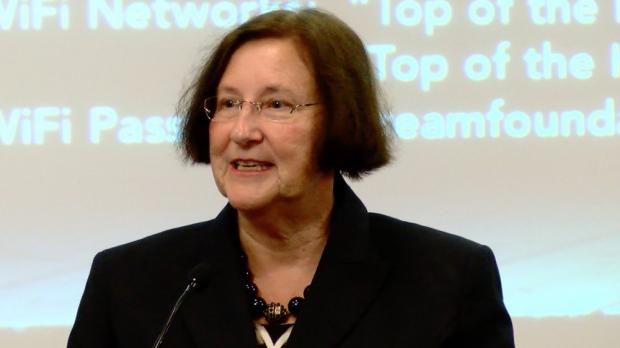 Running for public office can be a difficult proposition. A potential candidate has to commit himself or herself to the grind of the campaign—endless hours and public scrutiny. A campaign team needs to be assembled. And depending on the office, money, sometimes lots of money, needs to be raised.

Denise O’Donnell had by 2004 (and continues to have) a distinguished legal career that has included work in private and public practice. She served in the 1990s as the Western District of New York United States Attorney, held a state criminal justice position, and more recently has been a member of the staff of the United States Justice Department. Senator Charles Schumer recommended her appointment as a federal District Judge but the Obama White House never formally nominated her and she withdrew as a candidate for the position.

In 2004 O’Donnell moved forward on a plan to run for New York State Attorney General, an office that would be on the ballot in 2006. She organized a campaign committee and earned the support of her hometown Erie County Democratic Committee. She began raising money and was successful in developing a healthy campaign treasury.

Between 2004 and July of 2006 O’Donnell’s committee, O’Donnell for New York, collected $1,071,434 from individuals, businesses, and other sources. For a statewide race that is not an outsized amount, but it is certainly an amount that would have provided the resources to run a credible race. (As a side note, in 1982 I was the campaign manager for Ray Gallagher, who ran on Ed Koch’s ticket for State Comptroller. Gallagher won a three-way Democratic primary against candidates from Brooklyn and Westchester; Koch lost his primary for governor. Gallagher’s winning primary campaign cost $40,000. He lost to Ned Regan in November.)

In the spring of 2006 the New York State Democratic Committee held its nominating convention. O’Donnell made her case to the committee but the nomination for Attorney General went to Andrew Cuomo. O’Donnell dropped out of the race for the office even though she had the option of circulating petitions and qualifying for the primary ballot. She has not actively pursued another public office since the effort for AG collapsed in 2006.

A large portion of the spending from O’Donnell’s campaign treasury went for consultants, which included $40,000 to her son Jack’s consulting business.

After 2006 a total of $61,300 was refunded to contributors, with 97 percent of that amount going back to just four New York City donors. Western New York donors to the committee received only $2,050 in refunds. In 2008 the O’Donnell for New York committee had a balance, after the spending which included the limited refunds, which totaled $411,914.

In New York State candidates for judicial offices, after their campaigns wrap up, are required to refund all remaining campaign funds. That rule does not apply to state offices such as Attorney General.

It is not unusual for elected officials, after they leave office, to continue to maintain a campaign account. This includes former elected officials such as Tony Masiello, Joel Giambra, Paul Tokasz, and others, who retired following many campaigns and many years in elective office.

What Denise O’Donnell has done, however, appears to be unique. She was never actually an official candidate for public office. Her name never appeared on a ballot.

Since July 2008 money continues to trickle into the O’Donnell for New York account, mainly from interest earned from the bank account where her campaign has its money deposited. A total of $20,149 came in that way. Total receipts for the O’Donnell for New York committee up through January 2017 are $1,122,265. It should be noted that O’Donnell has been faithful in filing all required campaign financial disclosures over the past thirteen years.

Along the way, since July 2008, O’Donnell for New York has continued to spend money, occasionally donating small amounts to Canisius College, the UB Foundation, some political candidates, and some other organizations. There have also been larger expenditures.

The January 2010 filing reported an October 8, 2009 expenditure of $49,290.55 to the Committee to Re-Elect John O’Donnell. Justice John O’Donnell is Denise O’Donnell’s husband. Among the expenditures of Justice O’Donnell campaign was a payment of $4,988 in June 2010 to son Jack O’Donnell’s consulting firm. The Committee to Re-elect John O’Donnell spent $102,646 in 2009 with Niagara Business Solutions for TV and radio ads. Niagara Business Solutions had the same address at the time as that of Jack O’Donnell’s consulting business. Justice O’Donnell had a competitive race for re-election in 2009 but easily defeated Republican Jeffrey Voelkl.

In June 2010 the O’Donnell for New York committee paid her son’s consulting firm $20,000 in consultant fees.

The most recent campaign disclosure report of the O’Donnell for New York campaign committee, which was formed in 2004 for a 2006 election campaign that was never run, shows a balance of $299,965.

For a 2006 campaign that never got off the ground Denise O’Donnell has been able to maintain and use a very large campaign treasury for pretty much whatever she pleases within the limits of Election Law rules. People who donated money to the committee more than ten years ago for the aborted 2006 campaign have mostly received no refunds and had no say over what their contributions actually paid for.

Nothing that the O’Donnell for New York committee has done is illegal and everything has been reported appropriately. There just seems to be something wrong, however, with a campaign committee that never actually ran an election campaign raising more than $1.1 million and continuing to operate as a handy political pot of money 11 years after the reason for its creation has passed. One can only wonder if there are other such phantom committees floating out there throughout New York State.