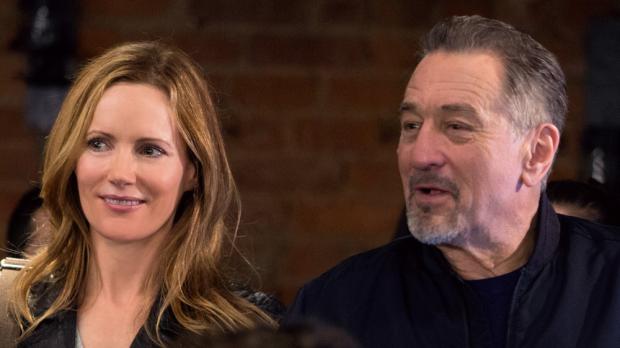 One of Robert De Niro’s most indelible performances, albeit one that wasn’t widely seen when the film was first released, was in Martin Scorsese’s The King of Comedy (1983). He played Rupert Pupkin, a loser with dreams of being a standup comedian. Pupkin’s lack of talent and pathetic neediness made him difficult to watch, which was one reason why the movie didn’t do well with the few audiences that got to see it.

The fact that King of Comedy has found a cult over the years may explain why De Niro wanted to make The Comedian, which has been in various stages of development since at least 2011. Maybe he wanted to see what Rupert might have turned into had he became successful. Or maybe he just wanted another chance to visit the way a stand-up comic turns his personal failings and anger into stage material, offering his pain for laughs.

You can guess all day because whatever the answer is, it sure isn’t clear from the finished film.

De Niro plays Jackie Berkowitz, a comic who has seen better days. Thirty years ago he had a hit sitcom in which he played a cranky-but-loveable cop named Eddie. That’s the guy that audiences still want to see. The film opens with Jackie performing at a nostalgia show with other comics in the same boat (the host is Jimmy Walker, one of numerous familiar comics who dot the film). When he loses his temper at a heckler armed with a camera, he ends up in court.

Doing community service brings him into contact with Harmony (Leslie Mann), a younger woman with anger issues of her own. The age difference is too large for a romantic relationship, as at least she realizes, but she becomes his companion as he tries to turn his recent notoriety into some career juice. (Hard work never helps him out, but in an age of cel phones and YouTube, getting in trouble often does.)

If The Comedian is supposed to have any particular theme, it’s hard to tell what. Jackie’s material is misogynistic and bitter, with marriage a particular target. Sometimes it’s painfully to watch: called on to entertain a room filled with octogenarians at a Florida nursing home, he improvises new lyrics to the old song “Making Whoopie” called “Making Poopie.” But it’s hardly news that modern comedy is so bottomlessly vulgar.

Asked to give a toast at the wedding of a niece who barely knows him, Jackie goes off the deep end—but pulls it out with a sweet finale. (That was something that old school comics like Buddy Hackett and Don Rickles knew: you can say the foulest things imaginable as long as you finish up with some sugar.)

The Comedian (which is credited to four screenwriters, never a good sign) never wants too go too far into Jackie’s psyche. He gets to have some personal growth and end the film a better guy than when he started. Along the way the movie distracts us with supporting characters (played by Danny De Vito, Edie Falco, Charles Grodin, Patti LuPone, Cloris Leachman) who mostly fill time until this happens. As Harmony’s father, Harvey Keitel gets to a brief De Niro impression that you wish had been longer. Which is more than you can say for the movie itself.