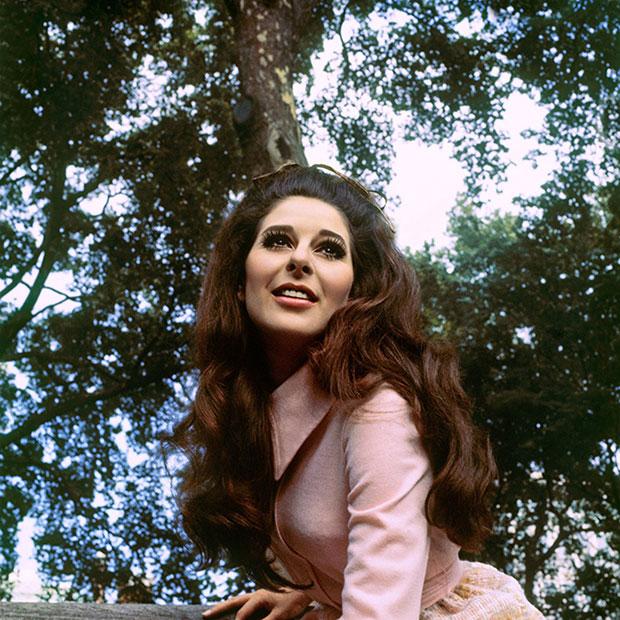 Fancy Never Let Me Down: Making a Case for Bobbie Gentry

As I begin zeroing in on the big 5-0, I often find myself contemplating childhood. What made me tick? What were the earliest signs of my sexuality? There were many of those, but the truth is that as a kid, I was frequently bored. It’s pretty clear to me now that this was a byproduct of privilege: I had time on my hands. In contrast, when adults now tell me they’re bored, I’m speechless. I usually chalk it up to a mislabeled feeling…something they’d rather not deal with. Boredom as avoidance.

But in childhood, boredom led me to music. I wasn’t the least bit interested in sports or action figures or the Star Wars franchise. Mostly I just wanted to listen to records. Music could transport me somewhere else. It remedied my boredom. It fueled my imagination.

Since other kids weren’t much for serious listening until I reached high school, music was a solitary thing for me. There was a lot of daydreaming involved in listening to records. So many artists I favored sang about California, a place that took on a near-mythical status in my imagination. But not Bobbie Gentry, whose records I found in (and pilfered from) my dad’s collection. Her songs—oddball vignettes about the American South—were harder to relate to than the bi-coastal sensibility permeating much of the other material I listened to, but I found them enchanting all the same. I played her records constantly.

As a kid who was bored with the routines of a privileged Northeastern childhood, Gentry’s portal view into Southern family life was striking. It seemed as if people in the South were never bored. These were tales from farming communities where dads wore coveralls and labored. It wasn’t always pretty. Kids were disciplined. They did their part and seemed to feel lucky to experience simple things that I took for granted. When they didn’t, it made for a good story, like in her tune “Lazy Willie”—apathy was ridiculed. Gentry also made an effort to represent different classes in her music, thus exposing multiple vantage points on Southern living.

Gentry’s gift for zeroing in on certain details makes for some curious threads running through her tales. Fabrics and patterns recur in her songs and, as it turns out, she made most of her stage outfits herself. Pull her up on Youtube and have a look at some of the colorful pantsuits. As a kid, she had me pondering “blue polka-dotted silk” and “yellow polka-dotted Swiss,” and wondering what in the world a “checkered feed-sack dress” might look like.

Looking back, Bobbie Gentry was my first gay icon. Her whiskey-smoked vocal timbre still stands out from the herd 50 years on. She remains singular and has become a symbol of early feminine strength in the male-gaze-dominated music industry.

Keep in mind, there was a loss of tradition permeating American family life in the 1970s, particularly on either coast. In contrast, Gentry’s songs harked back to a waning value system, celebrating things like getting dressed up on Sundays, the excitement of accompanying a parent to go to shopping in town, home cooking, family picnics, and hometown pride. And while much of it seemed wholesome on the surface, she tended—often, but not always—to try and expose the human underbelly in these tales, resulting in added intrigue, kitsch, and humor. Dark humor. Sometimes it’s vague. In her tune “Casket Vignette,” a funeral home director is trying to help a woman choose the right fabric for her recently deceased fiancée’s coffin (“This is a popular, dusty-rose velvet, Miss Morgan / Or how about a satin brocade?”) and we’re slowly, subtly given the impression that she might be responsible for his death.

Gentry released seven albums in five years, from 1967 to 1971. All of them have been remastered and reissued as a knockout box set, The Girl from Chickasaw County (Universal/Capitol Nashville), which arrived last fall and managed to make a bunch of year-end lists. The UK-based Mojo proclaimed it the year’s best reissue, further cementing the British fascination with Gentry that, back in 1968-69, earned her a BBC TV show. (I can’t help but wonder if the Brits found her fascinating for some of the same reasons I did.) The live performances from that show are included in the box with a seemingly bottomless trove of outtakes, demos, and rarities that show all the various musical hats she tried on during the five years she recorded for Capitol. It’s impressive how many of them she was able to make work, even crooning The Beatles’ “Fool on the Hill” in Japanese and pulling it off. Additionally, there’s a shelved jazz album among the discards, something diehard fans have been waiting to hear for decades.

What stands out most, however, is that despite attempting to score hits with any number of covers written by Bacharach or Lennon & McCartney, her best performances are of her own material, many available now for the first time in delicate, pared-down arrangements. This elevates her beyond the mere “entertainer” status that seemed to befall her after she initially penetrated mass consciousness.

People wonder why she stopped recording in 1971, but to me it’s always been pretty obvious: She’d had enough of not being taken seriously as an artist. After releasing Patchwork in spring of that year, an ambitious concept album that took shape as a suite with numbered interludes, she’d poured her heart out. Supposedly, she also painted the self-portrait on the cover. And while it got solid reviews, the album failed commercially. Additionally, she wanted full credit for the creative control she exhibited and hands-on production of her output but felt that she was repeatedly cheated out of that recognition. Especially for a gal marketed as a country singer (even though that may not have really been what she was doing), that was a tough nut to crack. Rather than compromise, she just stopped recording. In retrospect, her choice was admirable.

Instead, she went on to stage a series of lucrative Vegas-strip variety shows. She wrote and arranged the music, designed the outfits, choreographed much of the dancing (sometimes collaborating with a larger troupe), and produced the whole affair, effectively turning around what seemed like a nose-diving career (at least, insofar as record sales were concerned). Gentry was a very smart—perhaps sometimes even shrewd—businesswoman. She had to be. And then in 1981, she disappeared from public view. Just walked away. Though rumored to live in a gated community outside Memphis, there’s no certainty regarding her whereabouts. She’d be 76 today.

It seemed a far cry from such auspicious beginnings. America had an intense reaction to her 1967 single, “Ode to Billie Joe,” a thick, four-and-a-half-minute heaping tablespoon of Southern gothic strange about the suicide of a mysteriously troubled young man…intense enough that the album of the same name bumped the almighty Sgt. Pepper’s Lonely Hearts Club Band out of the top spot in Billboard. But the single was placed last on the album, forcing those who bought the full-length to sit through a half hour of curious character sketches and other swampy delights, including a tune about pesky critters entitled “Bugs.” Gentry was capable of a great many things and she was determined that you witness them all.

Later, she scored another big hit with, “Fancy,” the call-girl rags-to-riches epic that Reba McEntire covered in 1999. In between, Capitol paired her with Glen Campbell, and they sold well as a package, recording an album of duets. But despite the pair’s success with crooning sweet lullabies and love songs, it lacked the mix of grit and left-field humor that made Gentry so memorable.

Throughout grade school, I instinctively knew that listening to Bobbie Gentry was uncool. My enthusiasm for her outfits (check out the cover of Touch ‘em With Love), her voice, and her kitschy tales seemed like a big gay “tell,” not to mention something hard to justify at a time when new wave, punk, and synth-pop were starting to reign supreme. But in college, often lubricated with much Dutch courage, I found I no longer cared what people thought of my interest in her, and I began trying to coerce reactions from close friends. “That Gentry’s no stunning talent,” I recall someone saying. Tough crowd. It became routine for me to include her songs on mixtapes—there would be no escape.

Imagine my feelings of validation when, just a month after the aforementioned box set came out, Buffalo’s own Mercury Rev announced they’d recreated her second album, The Delta Sweete, with a cast of guest vocalists including Norah Jones, Lucinda Williams, Margot Price, Hope Sandoval (Mazzy Star), Phoebe Bridgers, and Beth Orton, among others. Early teasers indicate that the band has successfully adapted the material to their own swirling-fuzz aesthetic, but the vocal melodies keep the songs anchored in something tangible. Bobbie Gentry’s The Delta Sweete by Mercury Rev will be released February 8 on Partisan Records. Although it might not be in the form of her choosing, this is just the kind of artistic nod that Gentry craved back when she stopped recording. Better late than never.

I did eventually get to visit California, by the way. When we made our way to Palm Springs in 1975, I kept asking my mother where Carole King was (apparently, the vastness of California wasn’t a factor in my Golden State fantasy). Unable to produce Carole King, my mother did manage to get an autograph for me out of a hassled-seeming Tony Orlando (another childhood hero, especially during the time of his TV variety show) while he attempted to eat a cheeseburger in a now defunct chain called Sambo’s. Unbeknownst to me at the time, Carole King would soon leave California to live on a ranch in Idaho—she craved a more rural, back-to-basics approach to living, a return to something that was getting lost in modern American family life. It’s not unlike what I heard coming through the music of Bobbie Gentry, a contrast between the life I knew as a privileged mini-New Yorker and something a bit more earnest.