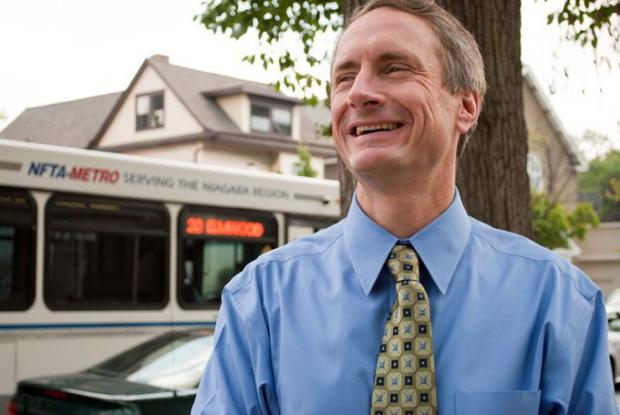 Assemblyman Sean Ryan is holding a panel discussion on affordable housing at D'Youville on February 8.
by
The Public Staff
/ Jan. 31, 2018 7am EST

The Fruit Belt. Community organizers and residents appear to have scored a victory with the Buffalo Common Council around the establishment of a land trust in the Fruit Belt, a neighborhood that appears to be ground zero in the city’s conflict between the forces of development, gentrification, and neighborhood stability. The final blessing from Mayor Byron Brown and the exact number of some 200 city-owned lots in the Fruit Belt that will be controlled by the land trust have yet to be secured, but all signs point to more stable and equitable future for the longtime African-American neighborhood on the edge of downtown and the medical campus.

Phil Rumore and the Buffalo Teachers Federation. The BTF president released a report earlier this week on student behavior, alleging a pattern of serious student behavior issues met with inadequate discipline in schools across the district. While we’re certain these issues raised by teachers deserve individual attention and redress, it’s poor timing for Rumore to grandstand on this issues and point the finger at City Hall for trying to fix a culture of overly punitive school discipline that often breaks along racial lines against students in Buffalo, thousands of whom live in poverty and are witness to the daily trauma of being poor in America. Buffalo Schools and students need more help, not more suspensions.

Mayor Byron Brown’s evolving stance on marijuana. This is a twofer: one thumb down on the Buffalo News’s Bob McCarthy for not asking Brown specifically on the racial disparity of marijuana arrests in Buffalo (85 percent of which are of minorities) in an interview published last week, and one thumb down for Brown. Brown said that he’s always had an anti-drug position, which is partly understandable given that he grew up in the midst of New York City’s crack epidemic, but his job is to promote sound policy, not cast lifestyle aspersions. “I do know the attitude toward use of marijuana is changing dramatically,” Brown told the News. “Millennials use it recreationally.” It’s time for the mayor, now the state’s Democratic party chairman, to get a clue on marijuana issues and policy. New York will most likely soon be bordered by three states and two Canadian provinces with legalized marijuana.