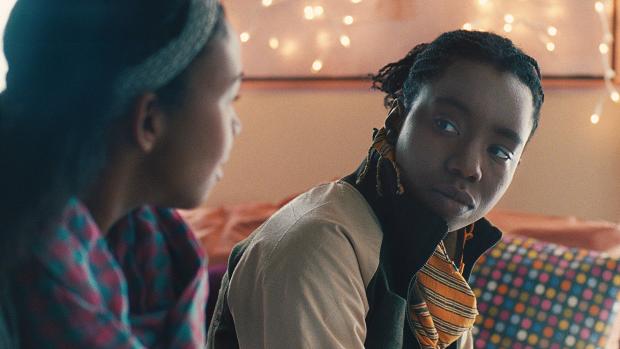 Those of you who pride yourselves on seeing all the films nominated for the major Academy Awards before the Oscar telecast may be befuddled by the presence of one title in the categories for Best Adapted Screenplay, Best Cinematography, Best Supporting Actress (Mary J. Blige), and Best Original Song. Did Mudbound sneak in and out of local theaters without you hearing about it?

No, it didn’t, nor did your friends in most other cities get a chance to see it. Despite the fact that it boasts cinematic qualities that can best be appreciated on a theatrical screen, Mudbound was given only a few theatrical dates by its distributor, Netflix, which has chosen to premiere it for most everyone else in their living rooms.

As a consolation, Buffalonians will have a chance to see the debut feature of writer-director Dee Rees next week at Hallwalls. Pariah (2011) will be screened at 7pm on Thursday, February 8, as part of “Women Direct: First Films By Modern Visionary Filmmakers,” a year-long series programmed by Cultivate Cinema Circle.

A more personal film than the epic Mudbound, Pariah stars Adepero Oduye as Alike, 17-year-old African-American woman who lives with her parents and younger sister in Brooklyn’s Fort Greene neighborhood. Alike is gay but not yet out, at least not to her family. Her desire to move forward clashes with uncertainty in a community that is not understanding of what she knows to be her true nature. Pariah was developed by Rees as her graduate thesis when she was studying film at New York University’s Tisch School of the Arts.

The screening will be introduced by Ruth Goldman, curator of the Beyond Boundaries film series.