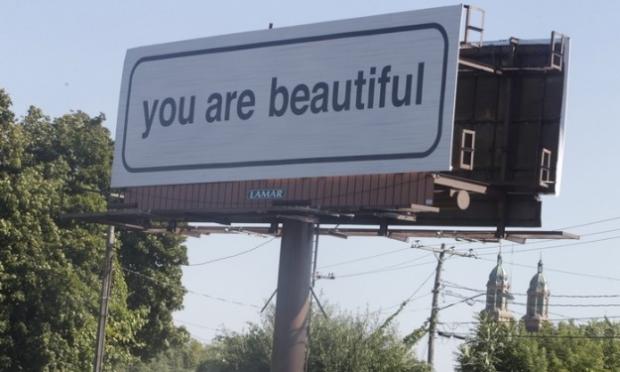 If you’re a western New Yorker with a Facebook account, you’ve no doubt seen a minimum of 10 shares of this Gothamist article entitled, “Millennials are Moving to Buffalo & Living Like Kings” In typical Buffalo fashion, a positive article from an out-of-area media outlet sends us all into a frenzy of self-congratulation, smugly pleased that our choices to live in what others consider to be a grey, snowy wasteland are recognized as “not insane”.

Unlike most of these sorts of writer-discovers-Buffalo-Niagara-doesn’t-suck pieces, this one took the time to include a wide variety of voices from different backgrounds and walks of life. Even more surprisingly, it even addressed Buffalo’s systemic segregation, and how the renaissance many of us who “live like kings” perceive to be happening isn’t extending at all to poorer, less white neighborhoods.

“Living Like Kings” is a misnomer, as well. I suppose it depends on the kingdom, but I’m not aware of any proper royalty that’s working on gentrifying a poor neighborhood, buying a cheap fixer-upper and spending months rehabbing it. On the contrary, what the article describes is how some young people and recent college grads can find a quality of life in Buffalo that is easier and cheaper than what they’d find in, say, New York City. The waitress who can clear her $150 rent in one weekend shift of waitressing isn’t living like a Duchess — she’s living in a way that enables her to work, keep a roof over her head, pay her bills, and maybe save a little. She’s living like a human being.

But what the mostly poor, pre-existing residents of neighborhoods undergoing gentrification need goes beyond ironic, hashtagged tchotchke shops and coffee outlets. Not that there’s anything wrong with those, per se, but they exist to fuel the newcomers who sport pockets deep enough to accommodate some disposable income. The vast majority of people who live in the immediate vicinity of Hydraulic Hearth or Resurgence Brewery aren’t the ones ponying up $13 for an individual pizza or $6.50 for a beer. These are destination places — on your bike or in your car you go. Sort of like in the suburbs.

It’s the data points that matter — home prices are going up, wages are going up, and the decades-long annual emptying of Erie County has stabilized. But the central thesis of the article is that young people are re-inventing the American Dream by choosing to gentrify poor, minority neighborhoods. The population data, however, don’t support evidence of a widespread residential rebound for the city of Buffalo. The emptying continues apace.

This is all anecdotal, and at least one person in the article couldn’t help but throw shade at people who have different choices or goals. No, not everyone dreams of a big single-family house and expensive car, but not everyone gets a TV show, a sailboat, and an annual week on Nantucket, either. Not to mention, it’s nothing new for young people and couples with no kids to stay in the city, and the “death of the suburbs” meme ranges from anecdotal to pure fiction.

What we’re talking about is nothing new — upward mobility, wealth, development, gentrification. But this Gothamist article is different because it tackles the flipside of the equation head-on. Turning to the question of segregation and inequality, Gothamist asks what this all means for poor African-Americans in Buffalo:

Not much, Dr. Henry Louis Taylor told me when I visited him at his office at the University at Buffalo. If anything, he said, it makes things worse.

According to his research, Buffalo’s renaissance has sped up the decline of Buffalo’s predominantly African-American East Side neighborhoods. On his computer, he showed me two maps. One traced the location of nearly $3 billion worth of new residential, commercial and medical developments downtown. The other showed African-American population losses and gains in surrounding areas. When the maps are overlaid, they show blacks leaving the East Side neighborhoods next to the concentration of downtown development, and moving to far-flung reaches of the city.

“I’m not convinced that most folks here are anchored by a larger vision of the type of city they want to build. They equate a revitalized city with a bunch of white people doing their thing in it,” Taylor said.

“I’m not anti-growth, but I think the purpose of growth is to build a city that is just and a good place to live and raise a family for everybody that is there,” he added. “And so I think you judge that city by what it does for the least of the members of that society and the extent to which it’s consciously attempting to develop all of these communities. I think Buffalo is trapped in a growth for growth’s sake model, and that model never looks at social consequences.”

This is the first time I’ve read that Buffalo’s re-development is doing palpable, measurable harm to residents of Buffalo’s near East Side. While the promised jobs at the medical campus or SolarCity have the potential to help the city-at-large, there’s not much there to combat the broken families, crushing poverty, hopelessness, and dysfunctional school system — now run by privatizers. It’s important to work to ensure that everyone is lifted up in this putative Buffalo renaissance, and to put things in their proper perspective.

The Gothamist article is worthy of praise because it doesn’t just stop at bespectacled youngsters making a life for themselves or coffee shops or chicken coops or breweries or skating rinks. It addresses the uglier truths and pervasive, persistent issues we face and haven’t adequately addressed. If it helps bring more people to Buffalo to make a life, that’s more economic activity, more tax revenue, and a better chance to help lift up every western New Yorker. There seems to be no real plan or concerted effort to ensure that our renaissance isn’t simultaneously exploiting other Buffalonians.