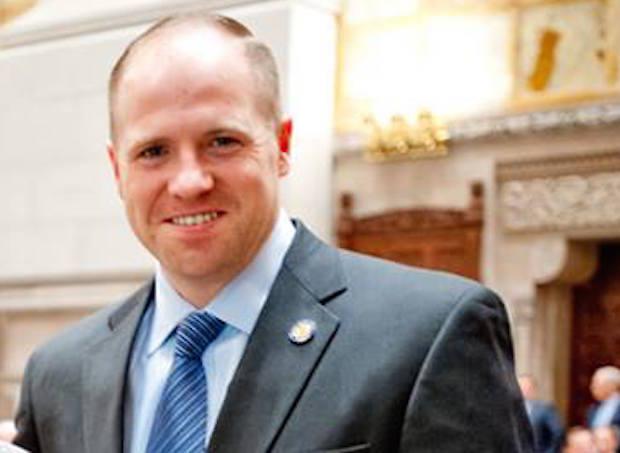 Earler this month, The Public asked a broad swath of associates and acquaintances to offer predictions for 2019. This is the response we received from our friends at the First Amendment Club, a provate association active in local politics and community improvement:

1. The Green Party will enter their most powerful candidate ever into the Erie County Executive race after Terry Gilliam hires the local Green’s failed leadership for major roles, joining Brad Pitt’s Anti-Nirvana Gang in the upcoming Universal Picture, 12 Monkeys, Part Deux, Another Return of the Dalai Lama. In the sequel Brad’s gang wants to once again become “one with nothingness,” opposing the Dalai Lama’s ancient plan to become “one with everything.” The plot of the movie will be having the power to help the average man vs. becoming possessed by the hunter Narcissus. The role of the Dalai Lama will be played by Bernie Sanders.

2. Shortly after Saint Patrick’s Day, the Real Sinn Féin will formally announce their absolute repulsion of Steve Pigeon’s errand boy, the Orangeman Tim Kennedy. They will claim Kennedy didn’t have to betray the Irish Race nor the Catholic Church, he could have simply spent his campaign monies from the little people on tanning booths, like Patrick Gallivan did. Their campaign slogans will be: “One way or another” and “We ourselves can do it,” before laying dormant for a year, until they return in 2020 as Screaming Banshees, when Preet Bharara agrees to be acting honorary chairman for the Irish Justice League (An tAire Dlí agus Cirt agus Comhionannais).

3. The Erie County Legislature will see the loss of two Democrat seats to two new Democrats in the primary, while the City of Buffalo will see the fiercest primary battles in decades. Two Buffalo councilmen will choose not to run again and two will be defeated in September. Mayor Brown will lose his rubber stamp through no fault of his own.

4. Early in the year, rumors will fly around that after working straight thru the weekend, WIVB Alpha News Anchor Erica Brecher will be seen leaving the studio and taking the weatherman with her. Late in May she will again be spotted with that same weatherman in a quiet restaurant.

5. Ben’s Picks (free NFL selections) will again foretell the results of the Super Bowl a week before the game is played and will lead to The Public putting Ben’s future picks on-line.