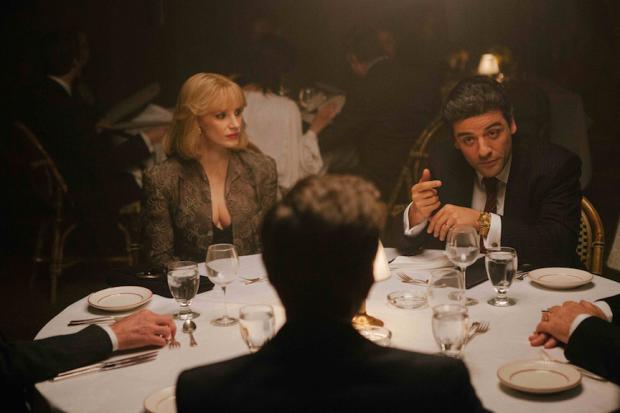 I thought I’d put that recommendation right up front, because anything else I have to say about it is going to be mixed. That’s no fault of the film, or of writer-director J. C. Chandor, whose two previous features—the little-seen Wall Street drama Margin Call and last year’s All Is Lost, starring Robert Redford and a damaged boat—mark him as the most interesting of our up-and-coming filmmakers.

The problem is that, as is generally the case these days, I saw A Most Violent Year on a screening DVD rather than in a theater. And while one learns to adjust to this, just as filmmakers have learned that most people who see their work will do so in the comfort of their living rooms, some films are clearly diminished this way. I may be wrong, but my feeling is that I won’t be able to say I have properly seen this film until I can see it on the big screen.

The title refers to 1981, when statistically the crime rate in New York City peaked. Oscar Isaac (Inside Llewyn Davis) stars as Abel Morales, a Russian immigrant who has worked his way up to the head of a heating oil delivery business. He bought it out from his former boss (and now father-in-law) and is determined to walk the straight and narrow despite the company’s history of shady practices.

Those practices were pretty much industry wide, though he’s the only one under investigation by ambitious D.A. Lawrence (David Oyelowo, Martin Luther King in the current Selma). Abel’s biggest worry is the hijacking of his trucks, presumably carried out by one of the competitors who claims to be honorable to his face. And because he’s trying to close a tenuous deal which would put him in charge of an abandoned shipyard that would give him space to rise to the top of the oil business, it’s a lot of stress on his squared shoulders.

At the top I implicitly compared Chandor to other great filmmakers, but he’s no imitator. While he has certainly absorbed their influences, his work is unmistakably his own. (I can’t think of many debuts more assured than Margin Call.) From its odd color palette of greens and yellows to its steady pacing, A Most Violent Year is clearly precisely what it wants to be, which is never exactly what you think its going to be. On first viewing I thought the only thing that really hurt it was a deus ex machina ending. Maybe I’ll change my mind; I’m looking forward to seeing it for real.