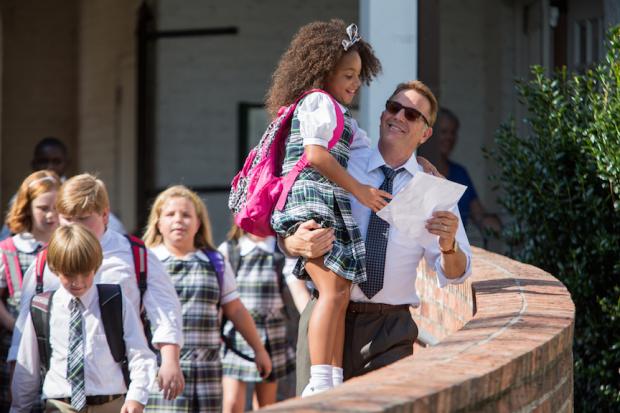 Black or White has arrived at a potentially advantageous juncture. In the current climate of racial controversies, its story of a familial dispute generated by racial differences could have benefited from its inadvertent timeliness.

The disputes over racially ascribed differences and alleged policing biases in this country have inflamed a long-simmering, occasionally erupting issue, made more perplexing for many since the election of Barack Obama. Whether one is more inclined toward distinguished American historian Jackson Lears’s opinion, expressed in a New York magazine forum, that Obama’s election will serve to gratify a self-congratulatory “punditocracy,” or to Yale scholar Harry Stout’s celebration of that event as a “pivotal” moment in US history that “will never be forgotten,” this is an unavoidably important subject. And here comes Black or White to impact the post-civil rights discussion.

But not really, as it turns out. Black or White hasn’t brought much to the table, either substantively or aesthetically. It’s a rather plodding, insufficiently focused effort, uninformed by real insight or narrative facility.

Kevin Costner is Elliott, a wealthy, white Southern California partner in a big law firm, who has sole custody of Eloise (Jillian Estell), his seven-year-old, mixed-race granddaughter. She’s the issue of a liaison between his late daughter and Reggie (Andre Holland), a grossly reckless and irresponsible young black man. Early on, the picture leaves Elliott in this situation when his wife is killed in a car accident and he takes a leave of absence from the firm to care for the girl. Soon enough, he also has to contend with the attempt of Reggie’s mother Rowena (Octavia Spencer) to obtain custody. Her grounds seem to amount to Elliott’s recent drinking problem and the fact that he’s white. “Why do you always have to go there?” he asks her when she raises the race issue during a meeting. “Why don’t you admit there’s a there there?” she responds. (Spencer over-emotes in a performance that once or twice threatens to evoke the mugging of the late Gary Coleman on Different Strokes.)

This “there” is only peripherally or banally apparent in Black or White. Too much of the movie’s setup, storyline, and character portrayals is cursory or perfunctory. Writer-director Mike Binder doesn’t seem to have worked out a clear point of view or dramatic arc. He builds, in a desultory way, toward a courtroom clash that falls flat, even though it offers Costner’s Elliott a monologue on the witness stand in which he expresses the strange mix of discomfort, resentment, and goodwill that seems to characterize American whites’ reactions to racial issues.

But the rest of the movie contains nothing that approaches this scene in clarity and eloquence. Time and again it slogs through scenes that do little to create dramatic tension or insight. The movie closest to Black or White is probably Robert Benton’s Kramer vs. Kramer (1979), despite the absence of racial material in its custody battle. It had a dramatic focus, but Binder hasn’t shaped his material effectively. At midpoint he shifts the legal dispute from Rowena’s suit to an attempt by Reggie to obtain custody, despite the glaring unlikelihood that any competent lawyer would argue for this coke-burning crumb bum’s case. And after Elliott’s courtroom confession, Binder resorts to a rankly and violently melodramatic device to resolve everything.

In its way, the movie is a vanity exercise on Costner’s behalf since Elliott, for all his (temporary) problems with drink and his sharp tongue, is really a model of tolerance, generosity and reason. This may not primarily be the actor’s fault and he does acquit himself well, given the material’s simpleminded quality.

Black or White mostly comes off as an evasive exercise in cautious Hollywood liberalism.