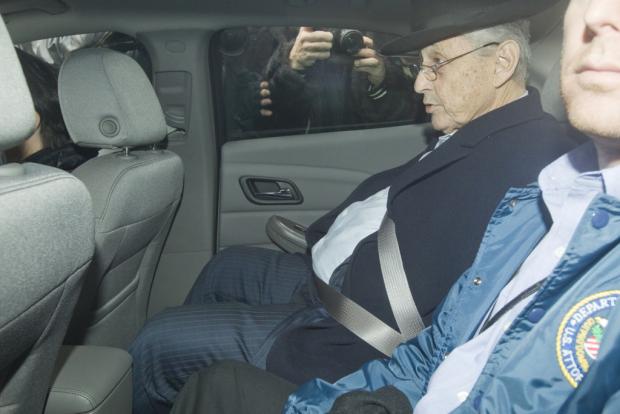 Read this. Then ask, when do they go after the rest of them?

SHELDON SILVER, the defendant, has engaged in and continues to engage in a secret and corrupt scheme to deprive the citizens of the State of New York (the “State”) of his honest services, and to extort individuals and entities under color of official right, as an elected legislator and as Speaker of the New York State Assembly (the “Assembly”). […] These representations were and are materially false and misleading. In truth and in fact, SILVER has obtained millions of dollars in outside income as a direct result of his corrupt use of his official position to obtain attorney referral fees for himself, including from clients with substantial business before the State, and not as a result of legitimate outside income SILVER earned as a private lawyer.

There’s no doubt that Assembly Speaker Sheldon Silver is widely reviled by people who pay even light attention to Albany politics, and likewise no doubt that Albany politicians fear or begrudgingly respect him. He rules the majority Assembly caucus with an iron fist, ruthlessly punishing dissidents and has survived a couple of pretty serious coup attempts. He has a long memory and doesn’t forget past insults or slights. He is, in short, a political survivor who wields extraordinary power within a dysfunctional, third-world style of governing that New York’s electorate has tolerated for years.

Netroots website “The Albany Project” was recently brought back from the dead, and it’s no zombie. The writers there have been relentless — just crushing the details and repercussions of the Sheldon Silver downfall. Here is the federal complaint:

We can start with the obvious — the powerful Speaker of the Assembly was indicted on federal corruption charges last week, and the FBI took him into custody. There wasn’t a perp walk, but there’s a now-iconic picture of Silver — hands cuffed behind his back — seated in the back of an FBI agent’s car. He looks frail and elderly in the picture — nothing like the criminal monster, as his critics describe him. The outcry demanding his resignation — as speaker and from the Assembly — came quickly, but New York being New York, some people came to Silver’s defense. All of it is tone deaf. New York Mayor Bill deBlasio said Silver is a good man. The “Working Families” fusion Party praised Silver and reminded everyone of the presumption of innocence our system guarantees. Even Republican former Senate President Joe Bruno, who spent a decade fighting off corruption charges, came to Shelly’s defense.

After all, Silver was perceived as being a progressive check on what many on the left consider to be Governor Cuomo’s center-corporatist tendencies. Without Silver there as one of the all-powerful three men in the budget negotiations room, deBlasio and the WFP are somewhat adrift.

The charges against Silver share the same common denominator — that he misused his power, and used his official position to corrupt ends. Turn back to Joe Bruno — the problem isn’t necessarily that Bruno broke any laws, but that the things with which he got away were completely legal. But the federal prosecutors hone in on “honest services” fraud.

SILVER agreed with others known and unknown, including a co-conspirator not named herein (“CC-1″), to use the power and influence of his official position to induce certain real estate developers with significant business before the State of New York to retain the law firm of CC-1 in exchange for hundreds of thousands of dollars in secret bribes and kickbacks paid to SILVER by the law firm, which were masked as legitimate income earned by SILVER as a private lawyer.

In addition, Silver failed to report other outside income including fees from unnamed law firms and referral fees from physicians. At least one physician who had side deals with Silver received state grants arising out of the 9/11 attacks. Silver’s law firm’s dominance as a plaintiff’s asbestos/mesothelioma firm is astonishing. The feds seized about $3.8 million from Silver around the time of his arrest.

Governor Cuomo’s Moreland Commission on public corruption was looking at outside income when it was disbanded, and Albany politicians spent $1 million quashing subpoenas seeking to uncover that income.

The arrest of Sheldon Silver, alas, is not the win New Yorkers need. Sheldon Silver isn’t the disease — he’s a symptom. The disease is a corrupt and corruptable system that puts too much power in too few hands. The disease is a state government that does not operate so much as a deliberative democratic representative body as much as a three-man junta. Everything bad about Albany flows from that fundamental structural, systemic dysfunction.

Sheldon Silver’s conviction — if it ever happens — won’t fix anything. On the contrary, it now serves as a handy distraction. Zephyr Teachout literally wrote the book on public corruption, and she calls on New Yorkers to seize the Silver arrest to fundamentally reform the way campaigns are funded in New York State. After all, corruption is the natural outgrowth of greed and power, and she calls our current system “legalized bribery”. Within that system, Silver is masterful. Literally millions of dollars flow to his campaign committee.

Silver’s arrest has, at long last, disgraced Assembly Democrats who called last night for his resignation as Speaker, as opposed to the temporary step-down he offered. It’s now safe for Assembly Democrats to fight back. That’s swell.

But Silver’s downfall only treats one of the symptoms, rather than curing the underlying disease.

Albany is broken, and the boffins at NYU Law School’s Brennan Center for Justice have spent over a decade laying out the ways in which New York’s government is undemocratic and dysfunctional, and has set forth specific reform proposals to help return the government to the people. Everything from Sheldon Silver to three men in a room to the NY SAFE Act — whatever your specific complaint might be — is a symptom of that underlying disease.

The people we elect to state government — regardless of party affiliation — have done little, if anything, to address the root causes of the symptomatic problems on which they run their campaigns. They have a vested interest in keeping things opaque because we’d probably be aghast at what really goes on. Full disclosure of campaign financing, limits and full disclosure on independent expenditures, public financing, and redistricting reform should be on the table. Furthermore, the Brennan Center went into great detail about the fundamental lack of any semblance of deliberative democracy taking place in Albany.

Arresting Shelly Silver is a start. As malefactors go, he’s a big fish. But until Albany politicians re-discover the fact that they are there to serve the people, rather than their own personal greed, power, and ambition, we will have more dysfunction, more graft, more theft of honest services, and more Sheldon Silvers time and time again.

As New Yorkers, it behooves us to recognize and differentiate between the symptoms of the disease, and the root cause, and direct our energy at the latter.