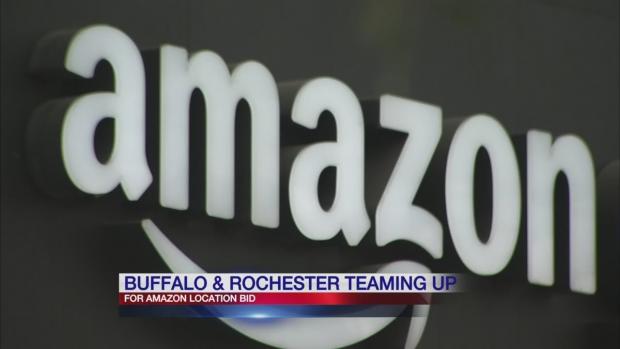 Recently, Amazon announced the 20 finalists for its new headquarters, dubbed “HQ2.” Buffalo did not advance to the next round and—officially—will not be the new home of the world’s most ambitious company.  That outcome was unsurprising to many, though it was surely disappointing for most of our elected officials, who had personally lobbied Amazon’s founder and CEO Jeff Bezos.

Back in September, when Amazon first announced its intentions to find a new location, leaders of all political stripes swooned at the idea of HQ2 Buffalo.  Brian Higgins, arguably Western New York’s most influential progressive leader, sent a letter directly to Mr. Bezos to make his case for the Queen City (to save you the click: “we’re near Canada”), before even 24 hours had passed from the announcement. The congressman’s letter was tardy only in comparison to the one from staunchly conservative Erie County Legislator Joe Lorigo, who managed to fire off his own missive (honestly, this one’s worth the click) the very same day as Amazon’s announcement. Delusions of ribbon-cutting on the scale of HQ2 clearly do not discriminate along partisan lines.

Of course, winning the hearts of massive corporations in the age of Amazon is not done with perfumed love letters to billionaires. It’s done with raw transfers of wealth to billionaires. So, Governor Cuomo continued the courtship of the world’s richest man with a massive offer of public treasure. Was it $10 billion? $20 billion? The right of prima nocta throughout New York State? We don’t know exactly what was offered, because that promise—made on our behalf and for us to live with—is apparently none of our business. (We can however make a pretty good guess: based on our $750 million gift to Tesla, a similar offer for a suitor on the scale of Amazon would be somewhere in the range of 25 billion dollars.)

There are a lot of questions we should be asking about this episode. For one: how is it that our state’s top elected official can make a promise of our money to the richest man in the world, then shield the details of that promise from us, and not expect any political consequences? And beyond this stunningly clandestine method of governance so casually deployed by our democratic leaders, what does the bid for HQ2 say about the thinking at the core of greater “economic development” policy in our current system?

In recent weeks, our governor has railed against the Republican tax bill, calling it “trickle down on steroids” and “economic civil war.” But it’s hard to see a fundamental difference in the lines of thought behind the tax bill and behind our region’s economic development policies, which our governor has so aggressively touted. Ask yourself: at its core, is a massive cut in the federal corporate tax rate really so different from the state’s infusion of billions of public dollars to companies like Tesla and Athenex? In either case, we’re simply transferring wealth directly to corporations—or more accurately, to their ultra-rich shareholders—based on the theory that those corporations will turn around and help the rest of us.  It seems that here, in this nominally progressive state, economic development has become a politically acceptable term for what we so malign on the national level: trickle-down economics.

And, like any past exercise in trickle-down, offerings on the altar of economic development do not come without cost. For every dollar we send to Elon Musk or Jeff Bezos (or to the Ciminellis, or whoever owns most of Athenex), we take away a dollar that we could have used to hire more teachers, or put more police officers on patrol, or pay for childcare, or clean our drinking water, or do any number of the public goods that we used to accomplish with our democracy.

Wasn’t it just a couple of years ago that we were shuttering libraries in this community? We told ourselves then that “we just don’t have the money anymore” for extravagances from a bygone era, like neighborhood libraries or daycare. And now we give nearly a billion dollars to a tech billionaire and call it an investment in our future?

These are times of deep uncertainty. While corporations rack up record profits, we are witnessing income inequality on the largest scale in history, driven in a major way by job-eliminating, profit-driving automation. Amazon is at the forefront of this movement: a half-trillion-dollar company, led by the world’s richest man, with the unstated purpose of disemploying every salesperson, stock clerk, and cashier in the world.  This is a company that has made hollowing out the middle class through automation its business model.

We can understand if our elected leaders do not have all the solutions to this tidal wave of economic displacement.  But we should insist on a better goddamn approach than selling off our schools, libraries, and drinking water to hasten its arrival.