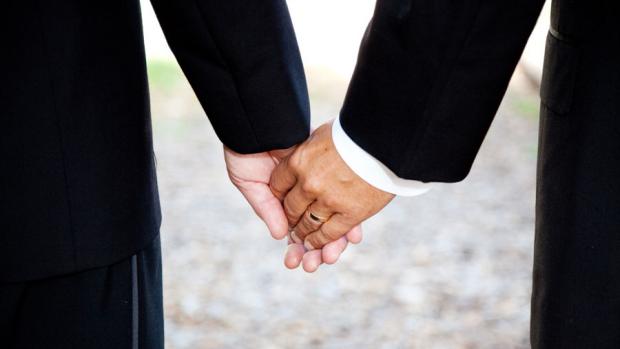 Last week, the US Supreme Court announced that it would hear four new cases this term—an otherwise unimpressive announcement. The cases to be heard, however, are sure to decide whether the right to same-sex marriage is guaranteed under the Fourteenth Amendment of the Constitution. As of January 19th, the Obama administration announced, through Attorney General Eric Holder, that they will file a brief supporting equal access to marital rights in all of the states. “It is time for our nation to take another critical step forward to ensure the fundamental equality of all Americans—no matter who they are, where they come from, or whom they love,” the Justice Department stated.

By way of background, the four cases are all Sixth Circuit Court of Appeals cases (Obergefell v. Hodges from Ohio; Bourke v. Beshear from Kentucky; DeBoer v. Snyder from Michigan; Tanco v. Haslam from Tennessee) wherein the Court of Appeals went against the trend and ruled to uphold the same-sex-marriage bans in those four state cases. The gay and lesbian plaintiffs appealed and the Supreme Court has agreed to hear their appeal.

Obviously, if the Court answers the first question affirmatively, the second question becomes moot. There is speculation that, based on the two questions as phrased, the Court may be creating an avenue to split the baby—giving itself the option of ruling in a more limited way and not forcing every state to perform same-sex marriages themselves while still forcing the state to recognize those performed out of state.

Framing the questions under the Fourteenth Amendment is also a point meriting discussion. The Fourteenth Amendment is expansive. This framing provides justices flexibility; they can decide the case under either the amendment’s Equal Protection Clause or its Due Process Clause. They may invoke the Equal Protection Clause to strike down the marriage bans by defining sexual orientation as a protected class. This could actually provide same sex couples with greater constitutional protection from discrimination than currently available. If, on the other hand, the justices frame the issue as a Due Process Clause argument, the decision would result in a more narrow precedent for future same sex rights cases.

There is certainly a lot of speculation as to what the Supreme Court may decide. One thing seems certain—Justice Kennedy is again the most likely swing voter.

To better gauge the Court’s lean, look no further than the language of their last decision in United States v. Windsor, where they struck down the Defense of Marriage Act in 2013. The decision, authored by Justice Kennedy, concluded that the Defense of Marriage Act “demeans” the plaintiff, “whose moral and sexual choices, the Constitution protects and whose relationship the State has sought to dignify.” His opinion in that case was understood to endorse the rights for legally married gay couples but, at the same time, it stood to preserve a state’s right to decide whether or not to perform marriages of same sex couples. The decision effectively left the door open these past two years for the Court to decide whether or not the states should determine for themselves the question of whom is allowed to legally marry whom.

Currently, thirty-six states have enacted marriage equality as law. While the Supreme Court appears poised to make a populist decision in favor of same-sex marriage, what comes next is a little trickier. Will the decision lead to greater national acceptance of same sex couples? Or will the decision follow the mold of previous civil rights and sufferage decisions where a fault line opened between the legal right to do something and the cultural acceptance of same? While the decision itself will no doubt be historic, it is a small step in the direction of a long struggle for recognition. Argument will be held in April with a decision likely this June.