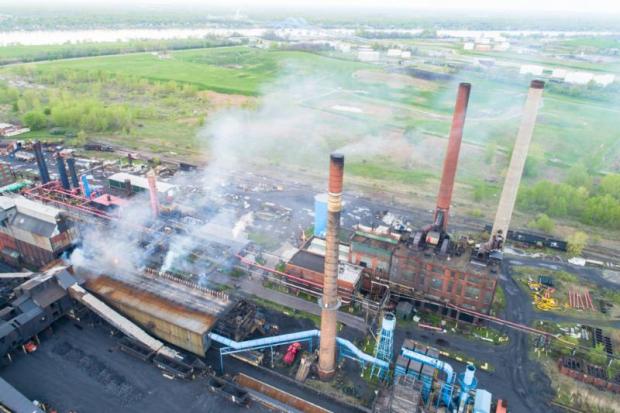 A university research team released a report Wednesday that found—to no one’s surprise—that some of the soil around the Tonawanda Coke plant is contaminated with a host of toxic chemicals.

The affected areas include two areas near the plant in the town and city of Tonawanda. Contamination was also found across the Niagara River in a section of Grand Island, as well as two public schools.

The study by scientists from the University at Buffalo and SUNY Fredonia found elevated levels of toxins in the soil including lead, mercury, arsenic, cyanide and PCBs.

The judicial order that established the study asked researchers to determine how much of the contamination was caused by Tonawanda Coke. Linking the chemicals to the plant will be a challenge, said Joseph Gardella, a UB chemistry professor who heads the project.

That’s because several other plants, including the now shuttered Huntley Generating Station, operate in the area. Other potential sources include cigarette smoke and car emissions. The former Tonawanda Coke plant is also located close to the Youngmann Memorial Highway and Grand Island Bridge.

“We know these compounds come from Tonawanda Coke. There is no question,” Gardella said.  “What’s complicated here is we have multiple sources that can put the same pollution in the soil.”

The plant’s coke ovens were opened in the Town of Tonawanda in 1917. It produced coke, an ingredient used in making steel and iron, which is created by the burning of coal.

The plant has a troubled history.

In 2005, neighboring residents began to test the air with handmade kits. They found high levels of benzene, a chemical that can lead to leukemia.

A few years later, the New York State Department of Environmental Conservation also conducted a study that found the plant was emitting benzene at levels as many as 75 times higher than permissible.

In 2013, the company was found guilty of violating the federal Clean Air Act and Resource Conservation and Recovery Act. The company’s environmental control manager, Mark Kamholz, was sentenced to one year in prison.

As part of the penalty, a federal judge ordered the company pay for the $711,000 soil study, as well as an $11.4 million health study, also led by UB researchers, which is looking at the impacts of Tonawanda Coke’s emissions on community residents.

Facing federal and state pressure, the company closed the plant last October because it said it could not afford to make the improvements necessary to make the plant compliant with the law.

The DEC is now investigating the site to determine whether it will be cleaned up as a federal or state Superfund site, or entered into the state’s Brownfield Cleanup Program.

“For too long, Tonawanda Coke has been a blight on this community, and its owners will be held accountable for any damage to this community and the environment,” DEC Commissioner Basil Seggos said in a press release published in December.

The UB and Fredonia soil study started in 2017, with researchers collecting more than 180 soil samples from the town and city of Tonawanda, Grand Island and Buffalo. They were tested for a variety of chemicals.

“In phase one, we eliminated a lot of areas where we didn’t see any results that concerned us,” said Gardella.

Two public schools in Grand Island were among the areas flagged by the scientists. The Charlotte Sidway Elementary School playground had samples that showed a higher-than-normal reading of arsenic; one taken at Kaegebein Elementary School showed high levels of arsenic and PAHs, a grouping of chemicals that include known carcinogens.

After reviewing the results with public health specialists, school district officials concluded the contamination posed no cause for concern because students and staff have only limited exposure to the chemicals.

Researchers cautioned that the elevated levels of contaminants in the identified areas don’t necessarily pose an immediate danger to the public.

“Because health effects of environmental exposure to chemicals are dependent not only on the concentrations of pollutants found in soil, but also on a wide range of other factors, the soil study team cannot comment on specific health risks related to soil study findings,” researchers said in a press release. Other factors include age, health and the frequency of the contact with the soil.

The scientists are now involved in the second phase of the study, which started last summer. They have taken about 130 additional samples from these three areas, as well as schools, parks and churches, some of which were outside of these areas.

The researchers will use samples of soil, coke product and air emissions from the Tonawanda Coke factory and compare them with soil samples from the surrounding communities.

If contamination is linked to Tonawanda Coke, a company-funded environmental clean-up could take place, said Gardella.

Final results of the soil study are expected later this year.